This is the 19th in a series of “Provocations,” a LARB series produced in conjunction with “What Cannot Be Said: Freedom of Expression in a Changing World” a conference cosponsored by UCI, USC, and UCLA (January 22 -24, 2016). All contributors are also participants in the conference.

We shrinking few who still believe in freedom of speech have got ourselves into a terrible bind. We too often defend freedom of speech by insisting that speech isn’t particularly powerful or harmful. In one breath we argue that the freedom of people to think and utter whatever they want is the most important freedom in the world; in the next we suggest that people’s utterances are not weapons, can not wound, and thus should be categorised as “harmless” and should be none of officialdom’s business. Faced with a new kind of fragile and self-regarding censor, one who claims that novels can trigger PTSD and controversial campus speakers can make students feel physically ill, we respond with the favoured chastisement of the frustrated grown-up: “They’re only words. They won’t hurt you. Chill out.”

We must stop doing this. We cannot simultaneously hail the freedom to speak as the building block of democracy and civilisation and treat words as small, innocuous things. Either words count, or they don’t. We must recognise that words do sometimes hurt — and we should celebrate that. We should cheer the power of words to wound, to rattle, to turn upside down people’s and a society’s deeply held beliefs and possibly misplaced self-esteem. Forget telling censorious students and others that “Sticks and stones may break my bones, but words will never hurt me”; we should tell them: “Words do hurt. That’s what makes them great. And that’s why we should oppose every single effort to silence or strangle them.”

It is easy to see why many free-speech warriors are opting for the “only words” defence of freedom of speech. In recent years, a new form of sensitive censorship has emerged, one which seeks to protect people from the alleged psychic harm of ideas or images that run counter to their personal belief system or identity. This censorship as a safeguarding of individuals’ self-esteem is rampant on campuses in the US and Europe. Student leaders rage against speech they don’t like, whether it’s people calling into question the idea of reparations for slavery or feminists insisting that trans women are not real women. They insist that such speech can directly impact on certain students’ mental health. It can make them ill. It can destabilise their minds and their lives.

Many of these sensitive censors treat words as actual violence. Echoing the 1980s feminist warriors against pornography — who insisted that pornographic images were both an act of violence in themselves and the instigator of further acts of violence by the men who consumed them — campus censors claim offensive speech is as disorienting as a punch to the face, as lethal as a knife to the gut. In a recent piece for the Duke Chronicle, a Duke postgrad summed up the dread of words that now motors many student activists. Denouncing libertarians who trot out the “sticks and stones” line, he wrote: “Words hurt as much as actions; indeed, words are actions.” He went so far as to say that the distinction between distributing a racist pamphlet and committing an extralegal murder is “only of degree.” That is, racist words are as repulsive as a racist murder. We must dismantle the fiction of a “firm separation between speech and action”, he said. (“Free speech, Black lives and white fragility”, Bennett Carpenter, Duke Chronicle, 19 January 2016.)

It is of course incumbent upon defenders of freedom of speech to insist that there is a profound moral distinction between being insulted and being stabbed: the former makes you feel bad, possibly really bad, but the latter is a direct assault on your moral and bodily autonomy, on your ability to go about your daily life. But we must be careful to insist that the harm potentially caused by words is different to the harm caused by a knife – very different indeed – rather than denying the power of words to cause harm. For if we do that, then we denude freedom of speech of its greatest quality: its power to upset, to overturn, to freak out, to bring about moral and social upheaval.

We must first understand why many young people see words as physically, existentially painful. Over the past year, as campus censorship has become headline news in both the US and the UK, there has been a tendency among observers of a certain age to rage against the intolerance and authoritarianism of ungrateful youth. The problem is too often treated as a generational one. A writer for The Nation says students’ desire to “navigate material in a way that would be better for them psychologically” speaks to a “generational chasm” on matters of freedom of thought. This is wrong; the censorious behaviour of today’s students is in fact the logical conclusion to the academy’s own problematisation of offensive words and ideas over the past 30 or more years.

The idea that words wound, that books can invoke stress, that universities must be turned from “hostile” spheres into Safe Spaces, is not new. Such notions have been expressed in campus speech codes for decades. As far back as 1993, before most of today’s students were born, the academic contributors to a book tellingly titled Words That Wound argued that offensive or hateful speech could cause “severe psychological trauma.” They argued that minority students in particular are “acted upon and constructed by… speech.” (Words That Wound: Critical Race Theory, Assaultive Speech and the First Amendment, Mari J Matsuda et al, Westview Press, 1993.) From the early 1990s on, campus speech codes have said universities must not feel like “hostile environments.” Today’s students have imbibed these ideas, viewing books and speakers as the harbingers of “psychological trauma” and offensive ideas as “hostile.” Indeed, their Safe Spaces are surely only their answer to the academy’s own redefinition of itself over the past three decades as a potential “hostile environment” that can cause trauma or mental disarray.

Today’s censorious students are not alien creatures, arrived out of nowhere, overturning older generations’ beliefs; rather, they speak to the diminished moral autonomy of our times, to earlier generations’ disavowal of academic rigor, the right to offend, and the glories of pedagogic upset in terms of developing people’s minds and horizons. In an era when self-esteem is cherished more highly than robust individualism, and when the politics of identity encourages people to define their entire character and worldview according to their racial, gender or cultural traits, it makes perfect sense that a new generation should view words that call into question their beliefs as stabs to the gut, as violent threats to their sense of self and identity. For very real historical reasons, they genuinely experience words as destructive.

And our response should not be to say “they’re only words,” but rather to encourage the young – train them – to welcome and value the psychic disarray words can bring about, the moral discombobulation of speech that cuts against what we think is true and right. Words can hurt you, and that is good. Being offended is good for you. It forces you, in a confronting, sometimes ugly fashion, either to get better at articulating your deeply held beliefs or to rethink them, and maybe change them. It invites mental self-improvement or dramatic moral change. It keeps fit our mental and moral muscles. In the words of Cardinal John Henry Newman, “The energy of the human intellect does from opposition grow.”

Words hurt. They’re meant to. Christians were hurt by the demands of gay-rights activists. The Church felt genuinely rattled by Copernicus’s insistence that the Sun, not the Earth, was at the centre of the solar system. Monarchists were deeply wounded by European revolutionaries who publicly questioned the link between God and Kings. Those ideas hurt people – they were designed to. So much of the freedom and enlightened comfort we take for granted today is a gift of people who used their words to hurt – to hurt the authorities, traditionalists, the backward, the wrong. If it were not for the power of words to wound, to bring about mental and social upset, our societies would not be as free as they are today.

Words are weapons. They’re the best kind of weapons – weapons which shake minds rather than harm bodies. And that’s why we must never left officialdom or anyone else disarm us of these weapons, for they are the most important armoury the ordinary citizen has for challenging what he thinks is wrong and overthrowing what he considers unjust or anti-human or just silly. Where sticks and stones may break your bones, words won’t. But they will hurt you. Get used to it. Embrace it. It’s a wound that could benefit you.

Brendan O’Neill is editor of spiked, the London-based online magazine, and is also a writer for the Spectator and the Daily Mail. He writes a column for Reason in the US and for the Big Issue in Britain, for which he was nominated as Columnist of the Year at the Press Publishing Awards. Described by the Daily Telegraph as “one of Britain’s sharpest social commentators”, he has written extensively on freedom and autonomy, and has spoken in favor of free speech at Oxford, Cambridge, Durham, Edinburgh, and numerous other British universities. He was banned from speaking about abortion at Oxford in 2014, on the basis that he doesn’t have a uterus; his piece about this experience, titled “The Stepford Students” and published in the Spectator, has helped to shape the debate about campus censorship in the UK. His essay “From No Platform to Safe Space: The Corrosion of Enlightenment” will be published in the book “Unsafe Space: The Crisis of Free Speech on Campus” this year. He will participate in the conference Freedom of Expression in a Changing World: What Cannot Be Said. 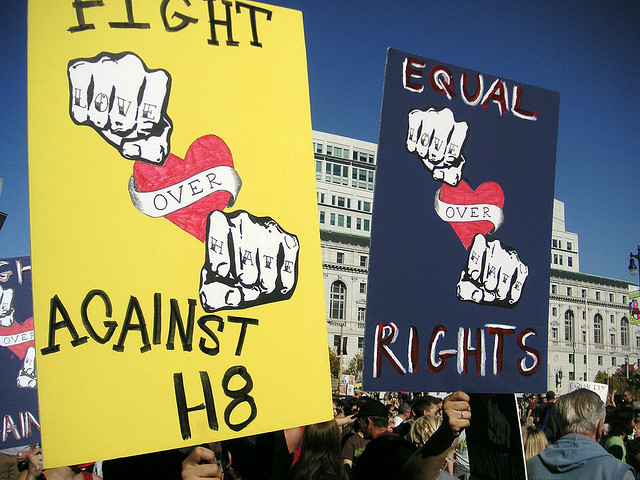