The scholar Robert Maynard Hutchins once proposed a simple definition for democracy: “Every member of the community must have a part in his government. The real test of democracy is the extent to which everybody in society is involved in effective political discussion.”

This is a high standard for any people who claim self-government. Even if it is “his” government. The United States mostly fails this test.

Consider a few examples (and the math). There have been 12,244 people elected to Congress since 1789. The first woman, Jeannette Rankin of Montana, was elected in 1916 and since then only 327 women (about a third of whom are serving now) have won a seat in the U.S. House or Senate. Montana has not elected a second woman as its representative.

As my friend, the late Cherokee Chief Wilma Mankiller used to say, “Where are your women?” How can you govern with only half your people, half a way of thinking?

Mankiller is even more on point when you factor in the representation in Congress by Native American women, as in zero. That is 12,244 to nothing. At least nine women have tried to change that, most recently Denise Juneau who ran for Rankin’s seat in Montana a century later.

Native American men have not fared much better in the representation department. There have been fewer than two dozen of them, two of whom are now serving in the House. (Back to the math: Two out of 435 works out to 0.37 percent.)

But even worse: The United States promised American Indian tribal governments in solemn treaties (or as the Constitution puts it, “the Supreme Law of the land,”) that membership in Congress would be a part of the deal. The 1830 Treaty of Dancing Rabbit with the Choctaw explicitly includes a “Delegate to the Congress.”

Delegates are an invention of Congress. The first one, James White, was appointed on November 11, 1794, to represent the territory of Ohio. This happened before Congress even figured out what a delegate was supposed to do. The Congressional Research Service said there was “a wide-ranging discussion on the House floor about the Delegate’s proper role” including whether or not such delegates should serve in the House or the Senate. White’s role was defined as “no more than an Envoy to Congress” because he could not vote. But he was there. He had a voice in the political discussion.

Since White’s term, at least one delegate has served in every Congress except for the two years between 1797 and 1799. Today there are six delegates serving in Congress, representing Puerto Rico, Washington, D.C., Guam, the U.S. Virgin Islands, American Samoa, and the Commonwealth of the Northern Mariana Islands.

But the treaty promise to tribes? We’re back to zero.

In a way, Native Americans are a metaphor for the unrepresentative nature of American democracy, the lack of effective political discussion. This is a problem that began with the founding of the United States and has grown beyond what should be acceptable to a modern democracy.

On July 16, 1787, Roger Sherman and Oliver Ellsworth, the Connecticut delegates to the Constitutional Convention, proposed a two-house legislature where smaller states would be treated equally with large states. (This, by the way, from this same debate: population would be figured by adding “the whole Number of free persons, including those bound to Service for a Term of Years, and excluding Indians not taxed,” plus “three fifths of all other Persons.”

Slavery and the genocide of Native Americans are America’s original sins. And those evils are the very reason we have a corrupted democracy. The Southern states wanted more power to preserve their so-called unique institution. And today?

To answer that, go back to the math. In 1789, Delaware was the smallest state in the union. Its people totaled about eight percent of the largest state, Virginia. Today Wyoming is the smallest state by population with less than 1.5 percent of California’s. And if you factor in the voting-age population, that imbalance between one vote for a senator from California and one vote for a senator from Wyoming is now more than sixty-to-one. It’s even more lopsided when you consider that it now takes twenty-one small states to equal the population of California.

The argument is that this is ok because the United States is not a democracy, but a Republic. That was the point of the Connecticut Compromise. But in the 21st century it fails the basic right of every citizen to have a say. We should not lose our franchise just because we don’t live in a rural state.

One image, for me, clearly illustrates the gap. It’s pictures from the women’s march in Los Angeles on Jan 2. There were more people on the streets of L.A. than live in Wyoming. And yet people living in rural states call the shots. Because of that geographic divide, it only takes 17 percent of the country’s voters to elect a majority of the Senate.

The American system of government is corrupt. And it’s not just about the current occupant of the White House. There is a structural problem that has been compounding for two centuries and no longer meets the basic test of what a democracy ought to be.

Mark Trahant is an independent journalist and a member of the Shoshone-Bannock Tribes. On Twitter @TrahantReports. He is currently the Charles R. Johnson Professor at the University of North Dakota. 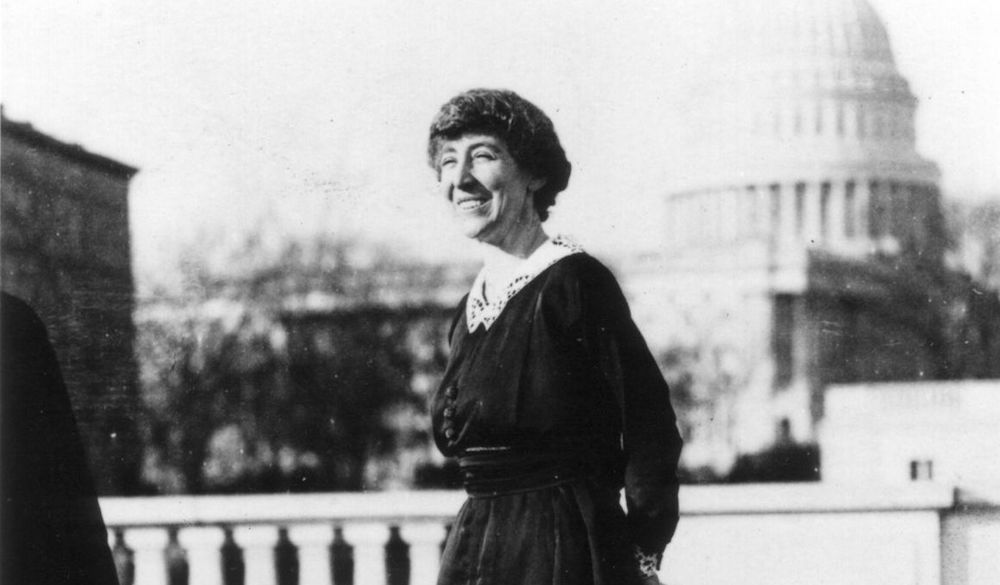