By David L. Ulin (book critic and editor of the prize-winning anthology Writing Los Angeles) for the Provocations series, in conjunction with UCI’s “The Future of Truth” conference

Sixteen years ago, in another moment of crisis for the republic, I found myself in South Florida, watching the presidential vote recount at the Emergency Operations Center in Palm Beach County, where I had come as both tourist and something more. I was in Florida for Thanksgiving with my mother-in-law, which made the recount a respite in the most fundamental sense — and yet, I knew all along that I would write about it. I spent two afternoons wandering around, taking notes, and on the evening of the second, emailed an editor with whom I worked to see if she’d be interested in a piece. She was, and so I wrote it up, 1200 words that made an argument about displacement, comparing my own dissatisfaction with the process to that of the people on the other side.

This was, in some sense, a necessary fiction, beginning with the idea that 1200 words might be enough to encapsulate an experience as complex as what I saw at the recount site. But there is also this: because I could not figure out the structure, how to make the piece work, I condensed my pair of visits down to one. I did not then, nor do I now, consider this dishonest; I didn’t make anything up. I also wasn’t working — in this instance, anyway — as a journalist, but rather as an essayist. Still, I’d be disingenuous if I didn’t admit a deep ambivalence towards journalistic objectivity, even as I believe in the need for verification and proper sourcing, even as I am concerned by the mislabeling of lies as truth.

For me, the act of writing is an act of shaping, and shaping is always a fictionalizing impulse. This is the case with even the most “objective” information, such as two photographs I cut out of newspapers in the summer of 1998. One was from the Los Angeles Times and the other from the New York Times. Both appeared on the same morning, and both featured Bill and Hillary Clinton, on a dais together, interacting in different ways. This was the season of the impeachment, and in the Los Angeles Times, the Clintons were scowling, backs turned and glaring into opposite directions as if on two sides of a divide. In the other photo, they were smiling broadly at one another, as if sharing a private joke. What stories did these pictures tell? Which was accurate…or true? That’s the conundrum of nonfiction, the question raised whenever I craft a narrative, whether that narrative is personal, or reported, or some combination of the two.

What this suggests is that we can never uncover the full story, that to pretend otherwise is its own sort of lie. Both photos, I want to argue, are true in the broadest sense: not just because they haven’t been retouched, but also because in any complicated marriage (and is there a marriage that is not complicated?) proximity and distance, love and antipathy, often intertwine. I want to know about this, as both reader and writer; I want to embrace complexity. The problem we are facing is not “fake news”: Walter Lippmann was warning against that in 1922. It’s our inability, or unwillingness, to reckon with the world. Why is fake news popular? Because it reassures us that the loose ends fit together, that our preconceptions (or our fears) are justified. It leaves no room for discomfort, for critical thinking, for challenging or questioning what we believe. It encourages a specious surety — which is the opposite of what nonfiction ought to do.

These issues, of course, apply to both politics and aesthetics, to journalists and essayists alike. How do we make space for our uncertainty, collective or personal, and write about it; how do we encode it into our work? I want to be moved, to be transformed, to be destabilized; I want to get in over my head. To reflect or echo, in other words, my experience of living, of being in the world. 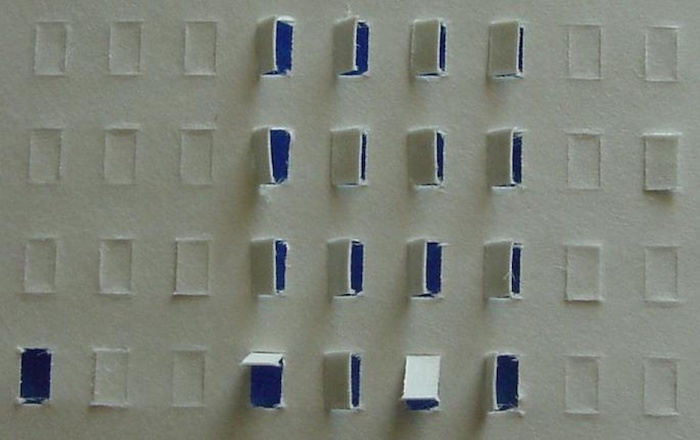