This is the first of “Provocations,” a LARB series produced in conjunction with “What Cannot Be Said: Freedom of Expression in a Changing World” a conference cosponsored by UCI, USC, and UCLA (January 22 -24, 2016). All contributors are also participants in the conference.

All oppressed societies express themselves through street humor. In the Soviet Union, jokes about General Secretaries of the Communist Party—Nikita Khrushchev, Leonid Brezhnev, etc.—were whispered in the kitchen. In fact, evenings around the table would be dedicated to thrashing the authorities through humor. Satire enabled people to overcome their fear of the controlling government. “If we can make fun of the Kremlin, the Kremlin doesn’t have power over us,” they reasoned. It is a well-known societal phenomenon: when accessible political space shrinks, unofficial social space expands. After the collapse of communism and Russia’s attempts to become democratic, political anecdotes almost disappeared as part of the country’s cultural life. But under President Vladimir Putin, political humor has been back with a vengeance.

–And how is a Russian business different from a regular business?

–It’s the same reason why Russian roulette and regular roulette are different.

Nina Khrushcheva is Professor of International Affairs and Associate Dean for Academic Affairs of Milano School of International Affairs, Management, and Urban Policy at New School University in New York.  She is the author of Imagining Nabokov: Russia Between Art and Politics (Yale UP, 2008) and The Lost Khrushchev: A Journey Into the Gulag of the Russian Mind (Tate, 2014). She will participate in the  panel “Freedom of Expression in Repressive Conditions.” 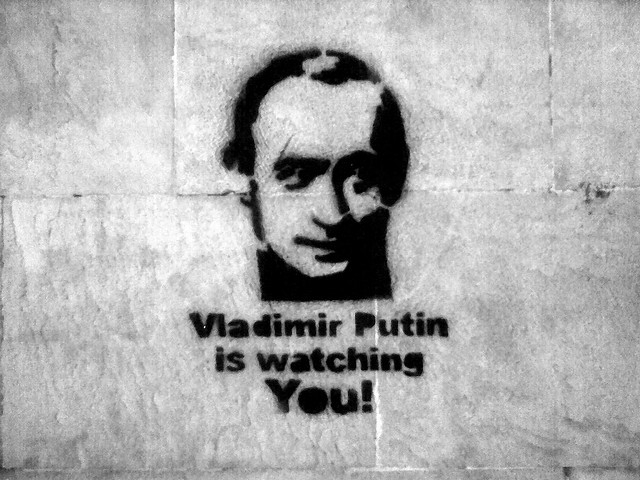