We are already over the climate-change cliff. What now?

Over the coming decades in the US, rising sea-levels will force millions to flee coastal areas. Extreme weather events will increase in frequency and intensity. Water scarcity and crop failures will force mass migrations and economic disruption. Major companies will collapse as they are forced to abandon environmentally unsustainable assets like oil reserves and coal fields. Heat waves will cause thousands of excess deaths.

The root cause of this crisis is, I submit, our capitalist economic system. In a private-enterprise system where firms employ wage-labor and compete for profits and growth, firms are pushed to plunder the planet’s resources and ignore the environmental and social consequences. And in any society based on such an economic system, national prosperity depends on the business sector’s profitability, so governments — even if they were not hobbled by the influence of corporate political lobbying and donations — cannot afford to regulate industry in ways that would protect the environment but hurt business profits.

Had we begun to tackle the transition away from fossil fuels 50 years ago — when the science was already solid — or even 25 years ago, perhaps we might have avoided this disaster with modest measures that did not hurt business profits, such as a small carbon tax and proactive energy efficiency policies. But now it’s too late for such reforms to save us. We need to find a way to mobilize a massive, sustained green R&D effort and drive the resulting new technologies into widespread use and abandon many economic assets that are environmentally unsustainable and get us all to change our living habits…and achieve all this in time to avert the collapse of ecological and social systems. It is very hard to see how we achieve this without radical change to our economic system.

To respond to this crisis, many on the Left call for a “Green New Deal.” However, if the idea is to emulate the original New Deal, this can’t get us far enough or fast enough. The New Deal expanded the role of government, but the economy was still based on private enterprise. Government intervention aimed to restore the profitability of those enterprises, so there was room for a cross-class alliance with enlightened sectors of the business community. By contrast, today, if we are to avoid the worst of the looming climate disaster, we need to make radical, rapid changes that will threaten the profits and very survival of vast swaths of industry — not only the fossil fuel industry, but all the industries that use fossil fuels or otherwise add to our emissions, such as agriculture, transportation, mining, lumber, construction, and consumer products. While there are a few industries that would find this transition profitable (such as solar energy), they represent a tiny minority.

In sum: so long as our economy is capitalist, serious efforts at a green transition will lead to economic collapse, but conversely, maintaining our capitalist system ensures environmental collapse.

What then lies ahead? What will our society look like under these pressures? I see four scenarios.

Authoritarianism. Given the climate change process already underway, it is increasingly likely that in the same season we might see several major storms devastating major cities on the East coast, large-scale crop failures in the mid-West, and massive fires in California. The resulting human and financial crisis might well prompt a nation-wide state of emergency — one destined to last many decades as climate instability worsens and strong government controls become unavoidable. The risk is high that elites would use these emergency powers in an authoritarian fashion, to force the rest of us to absorb the costs of climate change while maintaining their own wealth and power.

Survivalism. Climate change may render nation-states ungovernable and large cities unlivable. These might devolve into smaller, more self-contained, survivalist communities. Trade networks would shrink and each community would have to make do with what it can produce locally. Notwithstanding the creativity that this situation might encourage, material living standards would decline dramatically. Moreover, this devolution would hobble our efforts to work together on a larger scale to find ways of adapting to the new environment.

Warlordism. There’s little reason for confidence that devolution would lead to the emergence of congenial spaces for equitable, if spartan, sharing. More likely, many regions will become zones of violent repression and extortion. As centralized states fail, they are likely to devolve into fiefdoms governed by warlords on hilltops.

Democratic socialism. The only plausible alternative to these first three, grim scenarios is to socialize the ownership of our productive resources and then to use the public control to decide democratically how we manage these resources to confront climate change equitably and effectively.

The idea of deciding together, democratically, how to manage our society’s productive resources might strike some people as hopelessly naïve. But if we transform our private-enterprise economy into one based on socialized ownership, there is nothing stopping us from developing effective democratic processes for choosing our economic and environmental future. The autocratic socialism of the 20th century Soviet Union is certainly not the model for us; but today we have an impressive array of robust techniques for orchestrating wide democratic participation in regional and national planning. A democratic form of socialism will allow us to work together to meet the climate challenge.

In 1915, the German revolutionary Rosa Luxemburg argued that we stand the crossroads between socialism and barbarism. Little did she realize how urgent that choice would become a century later.

Paul S. Adler is the Harold Quinton Chair of Business Policy, Prof. of Management and Organization, Sociology, and Environmental Studies, at the University of Southern California. His most recent book, The 99% Economy: How Democratic Socialism Can Overcome the Crises of Capitalism, will be published by Oxford University Press in late 2019. 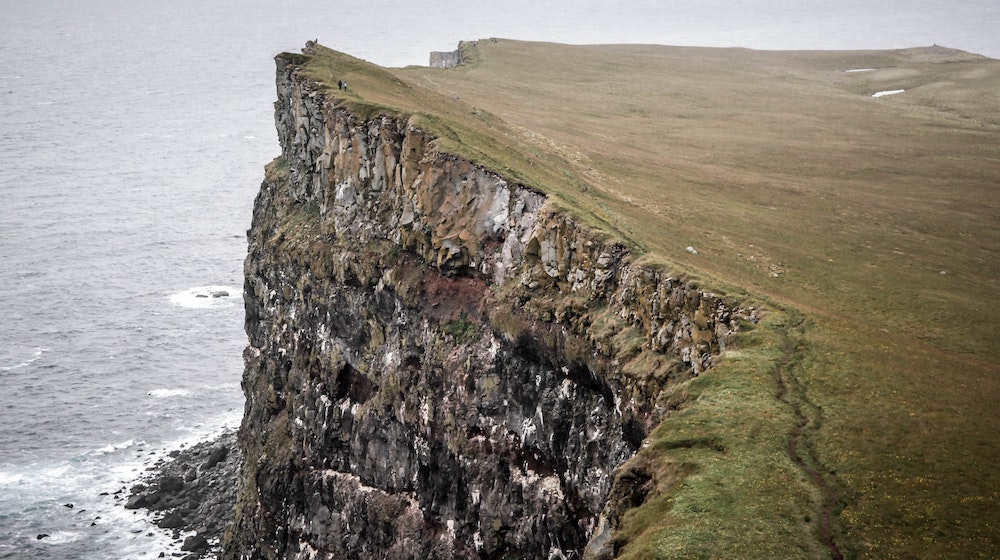