When Pat Buchanan took the stage for a primetime address at the 1992 Republican National Convention, he was tasked with uniting a party that had suffered through a contentious primary. But he did much more than that. For Buchanan, the crucial contest wasn’t the one that would be decided in November. He wasn’t addressing potential voters so much as warriors-in-training. For the conservative commentator, politics was but a proxy for a deeper and far more consequential standoff on the horizon.

“Friends,” Buchanan said, “there is a religious war going on in this country. It is a cultural war, as critical to the kind of nation we shall be as the Cold War itself, for this war is for the soul of America.”

A few years removed from the Cold War, Buchanan foresaw a future in which issues like abortion, gay rights, environmentalism and, in a sly invocation of the previous year’s riots in L.A., racial inequality would come to define the country’s mission.

“It’s not the kind of change we can abide in a nation we still call ‘God’s country,’” he warned, imploring those assembled to take back America, just as the National Guard had taken back Los Angeles from the rioters and looters.

This wasn’t about policy. This was about the faces you were imagining when you said the word “America.”

Buchanan didn’t coin the term “culture war,” and he was merely conveying ideas that had been circulating for some time. But his speech outlined a set of new political objectives, a new universe of big ideas and demographic possibilities that bore an acute relationship to matters of policy.

For others, however, the 1990s — the mainstreaming of “alternative” cultures, the rise of the Internet, new global possibilities of exchange and trade, the Baby Boomer optimism (and contradictions) of Bill Clinton — was the period when any possibility of a fixed notion of American identity was vanquished forever.

This was the America to which I pledged allegiance.

The 1992 election was the first one I paid attention to, and while I didn’t then possess the language for it, it felt like something was changing within the “culture.” As the son of immigrants, I recognized that I wasn’t assimilating into the same American mainstream that my parents had navigated some 20 years prior. There seemed to be more spaces of possibility in the margins (at least from the perspective of a teenager) to pursue one’s own version of American identity.

All of which made moments like Buchanan’s speech or Vice President Dan Quayle’s attack on the TV character Murphy Brown earlier that spring so baffling. Debates that seemed cosmically unimportant to a teenager — whether Arizona would recognize Martin Luther King Jr. Day, which books appeared on our school reading lists, Clinton’s facility with a joint — seemed to disturb the pundits in ways I couldn’t comprehend.

For me, the culture seemed to reset itself monthly, and it was thrilling; the impossible was happening all the time. Weren’t there better things for politicians to worry about than sitcoms or rap lyrics? What was so threatening about all these new ideas?

What I didn’t realize at the time was how vital the preservation of tradition was to Buchanan and his culture warriors. Central to this past that Buchanan and his famed brigade of supporters sought to defend was a mythic “whiteness.” This was what was at stake. For Buchanan and his ilk, the period I described above, where previously marginal people were busy remaking the American center, inspired an astounding retreat to ideas of public morality, the exclusive virtues of Western civilization, stable identities and an untroubled heritage built on ex-ceptionalist American might.

While the election of Barack Obama seemed a final victory in the “culture wars,” his emergence merely gave birth to a newer, more modern version of Buchanan’s fears. According to recent census figures, we are still about 30 years away from America becoming demographically “majority minority.”

And in just the way that kids my age began to glimpse the possibilities of Obama’s America during the multiculturalist 1980s and 1990s, there were moments during the Obama years that seem to foreshadow the struggles we see today. The Tea Party, for example, could be seen as a moment when a certain kind of disaffected white American — now called a Trump supporter — began to claim post-civil rights era identity politics as their own – something unimaginable fifty years ago.

How will technology and social media continue to shape our sense of self-identification? The personal remains political, but what, in a moment when we instinctively understand networks and webs of affiliation, isn’t personal?

I still wonder about the idea of America’s “soul,” or its “identity.” From the nation’s founding to the present, there have always been invocations of some coherent American essence or identity.

But how does this idea look to us in 2018? Is it possible to still speak in such lofty terms? Was it ever possible, or does this unifying essence only emerge in retrospect? Will the idea of the American “soul,” as Buchanan called this theoretical essence, continue to hold, or will such universalist declarations come to seem quaint and old-fashioned? Or will we eventually merely rearrange the “minority majority” into the same hierarchies of privilege and power we thought we were leaving behind? 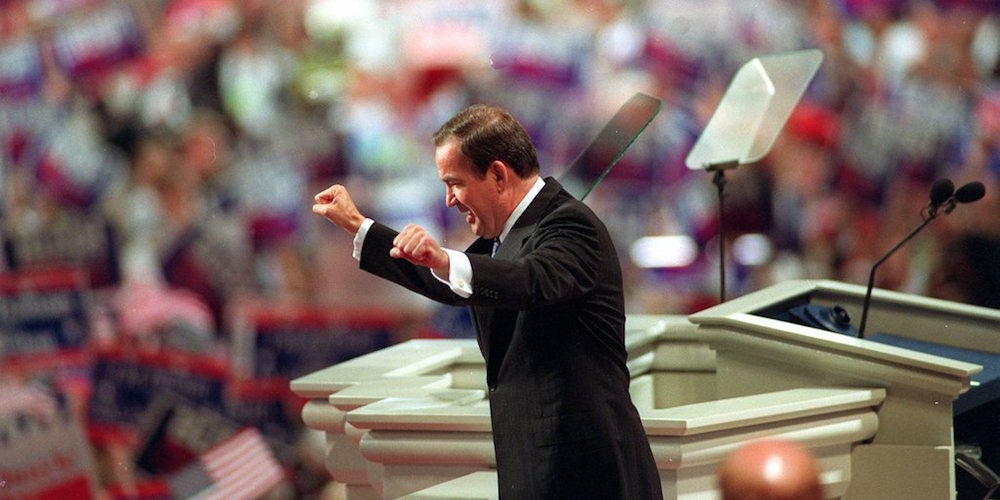