“Ours is the government of the white man,” John C. Calhoun said in 1848, during a fierce debate over whether Mexicans could become Americans. Calhoun had served as secretary of war under James Monroe, vice president under both John Quincy Adams and Andrew Jackson, and secretary of state under John Tyler, and was now a U.S. senator from South Carolina. His speech about Mexico has been on my mind this long winter, during the “shithole countries” fiasco and the DACA debates, while I’ve been finishing writing a history of the United States, and thinking about the relationship between the politics of identity and the politics of equality.

In 1836, as secretary of state, Calhoun had negotiated the annexation of Texas, a province of Mexico that had rebelled, and declared its independence. A pro-slavery southerner, Calhoun had supported admitting Texas into the union as a slave state, but when that finally happened, in 1845, Mexico cut off diplomatic relations with the United States and war between the United States and Mexico broke out the next year. The U.S. war with Mexico, a war of aggression, proved one of the most controversial wars in American history. Unitarian preacher Theodore Parker, calling on the nation’s history of protest, urged Americans to renounce it. “Our whole history is treason,” Parker preached. “Our Creeds are infidelity to the Mother church; our Constitution treason to our Father-land.” Henry David Thoreau refused to pay his taxes, in protest of the war, and went to jail. “The people appear to be completely in the hands of office seekers, demagogues, and political gamblers,” Frederick Douglass wrote in an editorial protesting the war in his newspaper, The North Star, in which he mocked the cries of war. “The whole of Mexico!” — “Our destiny!” — “This continent!” — “Anglo Saxon blood!” Douglass urged his readers to send petitions to Washington, demanding the “instant recall of our forces from Mexico.

Douglass’s call was heard, but the petitions failed. The war, in any event, lasted long. By 1847, U.S. forces occupied Mexico City. Americans who favored expansion rallied under the banner “All Mexico,” urging Polk either to seize the entire country by force or to take it by treaty. For a while, Polk pursued acquiring all of Mexico north of 26 degrees latitude; in the end, the line was set at 36 degrees, a line so arbitrary that when the time came for joint U.S.-Mexico boundary commission to survey the line, nearly everyone involved got lost, and died.

Calhoun addressed his remarks to the question of what was to be done with the people living in parts of Mexico — southern California, for instance — that would become part of the United States. Half the population of Mexico is “pure Indian,” Calhoun said, and the rest of “mixed blood.” Admitting such people to the United States as citizens, he pointed out, would be unprecedented. “I protest against the incorporation of such a people,” Calhoun said, arguing that the United States had risen to greatness by drawing hard racial lines. “The great misfortune of what was formerly Spanish America, is to be traced to the fatal error of placing the colored race on an equality with the white,” Calhoun told his audience.

Nor was that claim quieted with the end of the war. “This Government was made by our fathers on the white basis,” Illinois senator Stephen Douglas said, in his debates with Abraham Lincoln in 1858. “It was made by white men for the benefit of white men and their posterity forever,” Douglas said — the claim against which Lincoln so powerfully and successfully protested, a protest that led, in the end, to his assassination.

In American history, the politics of identity begin with arguments like Calhoun’s: ours is the government of the white man. The politics of equality begin with arguments like those made by Lincoln, and by Frederick Douglass. After the Civil War, Douglass gave what I always think was his best speech, an address in Boston called “The Composite Nation.” The occasion for the speech was the debate over whether the Fourteenth Amendment, which granted citizenship to anyone born in the United States, granted citizenship to the children of Chinese immigrants. “A new race is making its appearance within our borders, and claiming attention,” Douglass said. “It is estimated that not less than one hundred thousand Chinamen, are now within the limits of the United States” — chiefly in California. To those who would exclude the Chinese from citizenship, Douglass had this to say, in 1869: “I want a home here not only for the negro, the mulatto and the Latin races; but I want the Asiatic to find a home here in the United States, and feel at home here, both for his sake and for ours. Right wrongs no man.”

Arguments for equality drove American political and moral progress for more than two centuries. But beginning in the last quarter of the 20th century, the politics of identity triumphed over the politics of equality. Calhoun-style identity politics never really went away, and, early in the 1970s, the left turned to identity politics, too. What Frederick Douglass had to say got lost. Ours is the government, he insisted, of “the faithful application of the principle of perfect civil equality to the people of all races and of all creeds.”

It is a fearsome, daunting, demanding truth. Ours is not the government of any man. 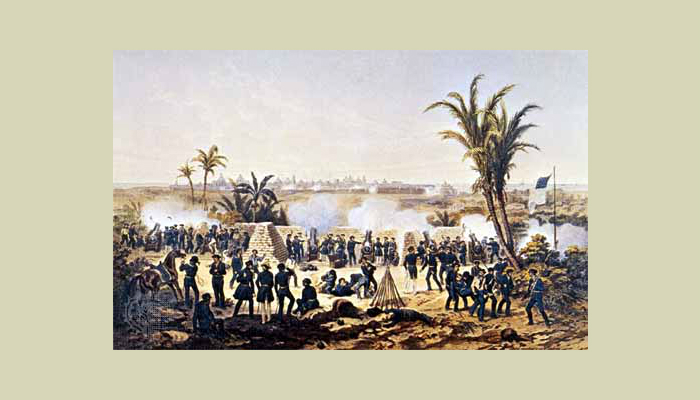