Megafires are nothing new. Fire has been an important component of the Earth system for over 400 million years, releasing and storing carbon, altering climate, and shaping vegetation patterns. It has been a driving force in the early establishment of land plants, the development of grassland and chaparral, and the dynamics of most present-day forests. In fact, over the course of geologic time, some plants have evolved traits to survive in fire-prone environments, including the ability to withstand low-intensity burns and to resprout and release seeds soon after fire.

As a paleoecologist who studies past ecosystem interactions as a tool for understanding the present, however, I am dismayed by the realization that future climates will likely exceed anything that we have seen for millions of years. The question that emerges now is: what can we can learn from the past that is relevant for the future?

My understanding of the past comes from lake sediments, where layers of charcoal are the signature of ancient fires. Many lakes in the western US were formed at the end of the last glaciation (25,000-15,000 years ago) and have been steadily accumulating sediment since that time. Sediment cores from such lakes provide continuous records of environmental change that span millennia, including long fire histories.

One finding is that past fire occurrence has largely been driven by variations in temperature. For example, we see more fires during periods when summers were warmer and drier than in the 20th century, including in the early Holocene period (11,000 to 6000 years ago) and the Medieval Climate Optimum (1200 to 800 years ago); both were times when summer drought was more intense in the western US. Conversely, fires were infrequent during cool periods, including the last glaciation and the Little Ice Age (400-100 years ago).

In the Yellowstone region where I’ve done research for over three decades, paleoecology provides some context for understanding the extraordinary fires of 1988 that burned nearly 40% of the national park. When looking at the last century of fire-history data, 1988 fires are clearly the largest on record and thus unprecedented in recent time. Longer charcoal records that extend the fire history farther back in time suggest, in fact, that there were few, if any, fires that large in the last 5000 years.

In examining the entire postglacial period of 15,000 years, fire activity similar to that of 1988 last occurred during the early-Holocene warm period, 11,000-6000 years ago. Given that climate models are in strong agreement that temperatures will continue to increase in the coming decades, it seems inevitable that megafires will again become frequent in Yellowstone.

Past fires have often been the catalyst of ecosystem change. Our research shows, for example, that large fires in Tasmania transformed rainforest to Eucalyptus-dominated vegetation as the climate became more variable in the last 4000 years. In New Zealand, the first human inhabitants arrived in about 1280 CE and brought a new fire technology that catalyzed the loss of native forest.

Because New Zealand rainforests had experienced little fire up to that time, the canopy trees lacked traits to easily recover from fire. The consequences of this new disturbance were dramatic: Half of South Island, New Zealand, was converted to grassland within 100 years of the human introduction of fire, and the region has remained largely treeless to the present day.

In the western US, the catalyzing effects of increased fire during early postglacial warming explain the abrupt demise of spruce forests about 11,000 years ago and the expansion of pine forests that now dominate mountain slopes. In short, transitions from one type of ecosystem to another can be rapid and persistent when a shift in fire regime eliminates one set of species in favor of others that are better adapted to the new conditions.

We are currently in the midst of a grand ecological experiment, similar to those of the past. Because of climate change, a new regime of larger and more intense fires is emerging in temperate forests around the world. We are witnessing ecosystem change with the establishment of new (often non-native) species that are better adjusted to warm, disturbed environments. I doubt that any level of forest management, including efforts to suppress or eliminate fire, can halt the trajectory of change that will take place as temperatures continue to rise in the coming decades.

Transformation is already occurring in places where recent fires have disrupted well-understood pathways of post-fire recovery, just as we’ve seen in the past. As a scientist, the new dynamics are fascinating to study, but as a global citizen, I have deep concerns about the world that we are leaving for future generations.

Cathy Whitlock is the Regents Professor in Earth Sciences at Montana State University. 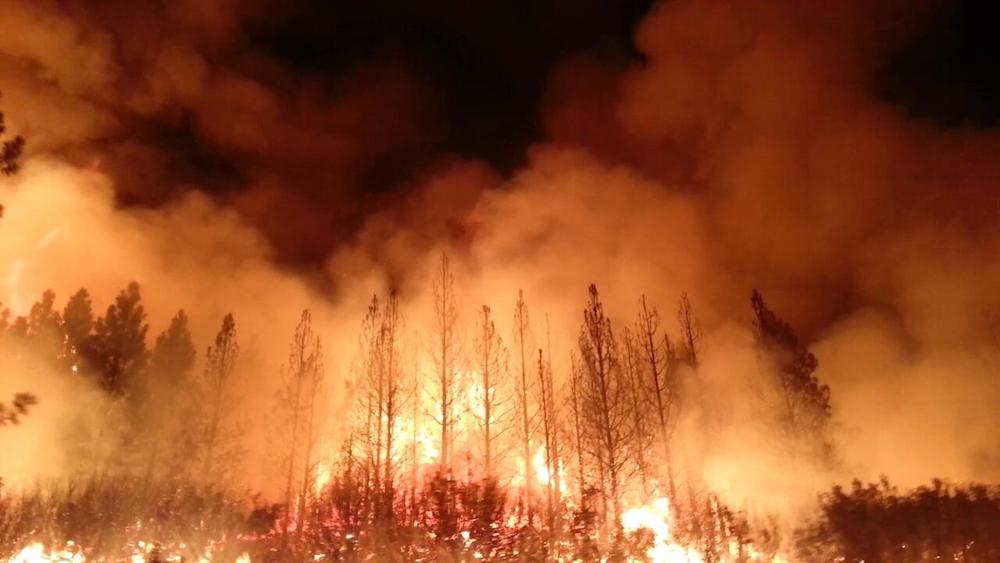