The news of Donald Trump’s victory shocked almost everybody. Four months after the Brexit, another huge surprise burst on the world. In my country, Italy, the astonishment left room for a mix of feelings: worry, of course; and a deep compassion that came from our being the only people in the world who could understand from experience how Americans who didn’t vote for Trump felt in that moment; and also, maybe, among the worst of us, a little bit of schadenfraude: “We’ve been the joke of the world for so many years, now it’s your turn, guys.”

But this petty pleasure soon gave way to a clearer sentiment: pure fear. The awareness that the president of the United States’ actions would affect the entire world, even in an era of declining American influence, was crystal clear.

Many words were spent on analogies between Donald Trump and Silvio Berlusconi from the minute Trump became the GOP candidate, and those analogies have been confirmed and possibly exceeded during Trump’s first year in charge.

When Berlusconi became prime minister, the center-left and liberal media outlets in Italy focused on the most visible flaws that made him unsuitable as a government leader. For years, they used the same communication strategy of which Berlusconi was a master: bringing the debate to the most basic level, they kept on accusing Berlusconi of being… Berlusconi. They neglected his supporters, and failed to try to understand the reasons his constituency supported him. They failed to set the debate above simple demonization. And this made them weak.

It’s important for those who oppose Trump to remember this, because unless this hard lesson is understood, anti-Trumpism cannot become a constructive political attitude.

In Italy we’re in the middle of a campaign that will lead to a general election on March 4th, and there’s a good chance that the center-right coalition lead by Berlusconi’s party, together with the xenophobic League (former Northern League), will win or will be part of a coalition government.

This is difficult to believe: just when we thought we’d had enough of him, the disintegration of the center-left and the establishment of a new electoral system will probably bring his Freedom party and his allies to power. He himself won’t be able to be prime minister, since the European Court of Human Rights in Strasburg, to which he appealed to declare him eligible in spite of his incrimination for fraud, has to deliberate and probably will not do so in time.

Still, as the leader of the main party of his coalition, Berlusconi is campaigning, and the paradox is that even though he won his big election in 1994 on anti-establishment, populist rhetoric, his main enemy today is the anti-establishment populist party called the Five Stars Movement (M5S).

In 1994, Berlusconi was the embodiment of what Trump represented to the Americans who elected him — a self-made real estate and media entrepreneur turned politician, an outsider who, despising “professional politicians,” promised to make his country as rich and successful as his business empire. Actually, when Berlusconi announced his decision to enter politics, his companies were in trouble (and that’s why, according to his detractors, he decided to run for power: in order to adjust the system according to his personal business and financial needs).

In spite of all his business woes, like Trump, Berlusconi managed to sell a dream of success. He behaved and spoke like the average man, telling jokes, especially about women. Last year, asked about Donald Trump’s victory, he answered: “The thing I like most about Trump is his wife, Melania.”

He may appear like an aging playboy still eager to seduce women, but something has changed. Now he has 20 years of experience in politics, mostly spent as prime minister. He’s returning to power, not to the prime minister’s office, but as a statesman, one who is welcomed by European Union leaders who are worried by the electoral strength of the anti-EU M5S.

Once again, Italy may foretell the future of the United States. And not a distant future, according to some recent signals in the US that the political winds could be changing.

Trump’s first year in charge seems to have been not so bad in economic terms, and US companies are reacting positively to his fiscal and tax reforms. Imposing new import tariffs that incurred the wrath of China and South Korea, Trump probably will not make a big difference for employment in America, but he made a powerful move in terms of communication: he’s honoring one of his promises. His speech in Davos, unusually calm and conciliatory, free of barks about protectionism, was welcomed by the global financial and business elite gathered at the World Economic Forum.

Maybe a new statesman has been born. 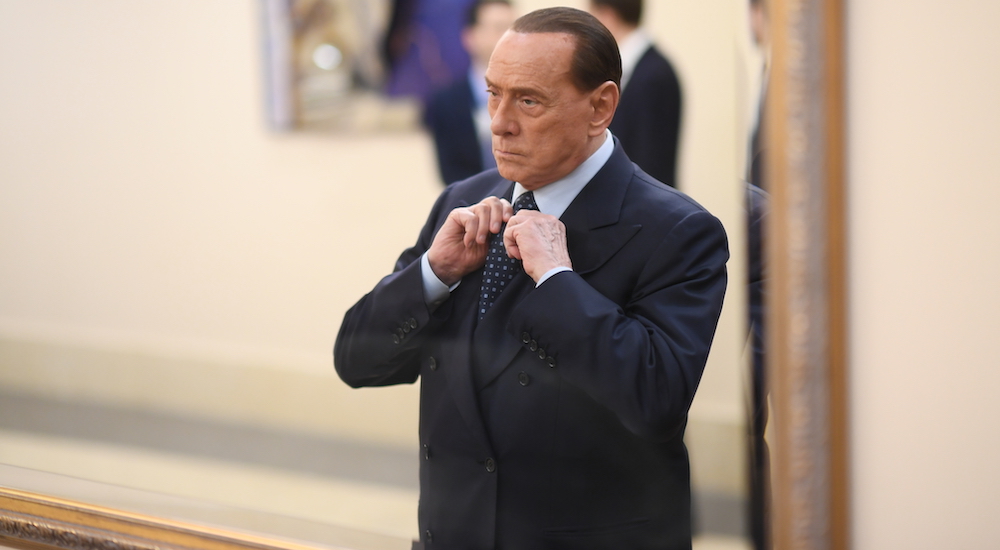