Barbara Demick (prize-winning author and Los Angeles Times reporter) for the Provocations series, in conjunction with UCI’s “The Future of Truth” conference

There is something about North Korea, from the improbability of the regime’s survival to the ridiculous hairstyles of the leaders, which makes it possible to believe the most outlandish rumors. Perhaps that is why North Korea has been such fertile ground for urban legend.

In the continuing study of fake news, it is worth dissecting the provenance of the various tall tales. Whose interests are served in making up a particular story? How do these stories satisfy a readership eager for the latest “news of the weird”? In fact, many fake stories originate with the North Korean government, spun out of the propaganda machine that is devoted to the hagiography of the leadership. Kim Jong Il, father of the current leader, is credited with various miracles; the double rainbow said to have heralded his birth in 1942, and the equally improbable story that he hit multiple holes in one the first time he played golf. The unicorn story, which was popularized by Time Magazine, and received 29,000 likes on Facebook, originated from a garbled dispatch on the state-run KCNA news service about an archeological dig that referred to a royal unicorn.

North Korea’s enemies also conjure up stories that highlight the cruelty and instability of the regime, sometimes in a deliberate effort to undermine its stability. They are often traced back to the South Korean intelligence agency that is the successor of the infamous KCNA. An example is the story about Kim Jong Un executing his ex-girlfriend. The story first appeared in the Chosun Ilbo, a South Korean newspaper noted for its fierce anti-Communism, which attributed it to unnamed intelligence sources.

The viral story about Kim Jong Un’s uncle being fed to the dogs — perhaps the most famous piece of fake news out of the country — originated on a Chinese online chat site called QQ. An obvious piece of satire was picked up almost verbatim with all the grisly details by the sensational Hong Kong tabloid Wen Wei Po, and with a few clicks, was a global sensation that fed into every cliché about North Korea. Kim Jong Un had in fact ordered the execution of his uncle, Jang Sung Taek, but by more conventional means — a firing squad.

North Korean defectors have been known to enhance their marketability. The subject of the best-selling Escape from Camp 14 recanted aspects of his harrowing story, although he is recognized to have spent years in a prison camp.

There is a kernel of truth in many of the stories spun out of North Korea, which is of course what makes them so believable. In 2005, a column was published in a very respectable east coast newspaper claiming that North Koreans who stole food had been burned at the stake with their relatives recruited to light the match.  At the time, I was working on Nothing to Envy, my book about North Korea, so I asked some of the defectors about the story. I got the same response from all of them: Do you know how difficult it is to find fuel and firewood in North Korea? Why would it be wasted to kill somebody?  People caught stealing food in North Korea are usually sent to a labor camp, where they are fed starvation rations of ground corn and worked until their death. It is not a very sensational form of killing, but a slow and unpleasant enough way to die.

The truth in North Korea is often bad enough; there is no need to exaggerate. 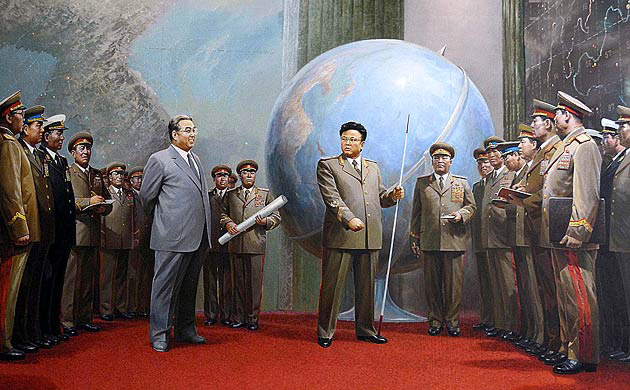