By Héctor Tobar (prize-winning journalist and book author) for the Provocations series, in conjunction with UCI’s “The Future of Truth” conference

We write to be read. We write for readers. As writers we recognize that in a world of fakery and superficiality, there’s something sacred about the act of reading. A reader is someone who’s turned off the radio, tuned out television, and even social media. If they are in a public place, they create quietude around them. They commune with written words. With our words.

I was my first reader. As a teenager, I was putting down words on paper for myself to read. My grade-school assignments were meant to impress my teacher and amuse myself. I soon discovered this activity brought me joy and a sense of purpose. When I was covering the football team for my high school newspaper, I strove for accuracy. The guys on the football team could tell if I got something wrong, since they were at the games I was writing about. When one player told me, “Hey, I liked reading your story — it felt like being there,” I was validated as a writer and witness.  I understood that truth and accuracy made stories powerful.

It’s taken me four decades of writing, including two novels as assorted other works of journalism, nonfiction and fiction, to fully understand what truth is. What truth can be. Truth in writing is the sense that a piece of writing is born from real human experience.

When I first started out writing for publication, I was cautious to a fault. I wrote for newspapers and my chief concern was not to get anything wrong. At the Los Angeles Times, back in the day, any mistake I made was reproduced in one more than one million copies of the newspaper. The fact was king. Subjectivity would lead to my downfall if I allowed it into my prose. I was liberated from this thought-prison by a wise editor who presented me with an obvious truth: Héctor, your writing is too flat. Make it come alive.

So I became a strong writer of the news feature. This meant I had to make an initial journey into the elements that make fiction work: among other things, I tried to create vivid settings, and to describe memorable characters. At the same time, I understood that when you write for a daily metropolitan newspaper, there’s a good chance your subjects will read what you write. I could not distort the truth, or bend it to fit an aesthetic or make a point. The reading public, those one million sets of eyes on my words, kept me accountable.

My stories ran in columns that were approximately two inches wide and rarely more than 30 inches long. Length constrained me, as did the conventions of newspaper writing. I realized there were deeper truths about the city I would never been able to tell in the newspaper. My fellow scibes and I were writing for the living-room table, for the reader with an 11th-grade education, for suburban sensibilities. The paper prided itself on “objectivity,” a code word describing our fear of writing anything that alienated, or subtracted from, our mass, multi-partisan audience. It was therefore impossible to produce writing that captured the full visual, political and linguistic truths of the city. “We have a policy against metaphors,” one copy editor told me. The word “fuck” was banned, and street slang was excised from quotes with brackets and ellipses. Angelenos could not speak freely in my stories.

So I went off to get my MFA and wrote my first novel. My mission was to capture the full truth of the city as I knew it in the final decades of the twentieth century. I described Los Angeles as an imperial capital, filled with wounded people and refugees from distant wars. I put awful memories (drawn from Latin American history) in the heads of my invented characters, and set them off on adventures in gritty Los Angeles landscapes much like the ones I’d seen as a reporter.

I learned to think like an artist, and quickly learned that a made-up story is often truer than a strictly factual one. Waiting for Godot takes places in an imaginary dreamspace, for example, but no other work has captured the deep, troubled space of human existence it describes. In my own work, I aimed to capture sociological, emotional and historical truths I did not see in other works set in Los Angeles. I like to think that this first novel, The Tattooed Solider, rang true with my new, literary reading public because it felt like the city these readers knew; a city with hidden histories and injustices lurking everywhere, unspoken.

The reader experiences a good novel as if it were true event. Good fiction is a dream of the real. Pulling off this trick requires ample amounts of time and craft discipline. Like a method actor, you mine your own emotions and give them to others; and like a good copy editor you pay attention to coherence and continuity because an error in the logic of your made-up world can break the reader’s trance and wake her up from the dream of the real.

Writing fiction made me a better and braver writer of nonfiction. Writing novels taught me how to create an emotionally charged spaces in nonfiction, to create scenes and characters that reflect the strangeness and wonder of the real world. The rewards to reader and writer for doing so are many, though they require effort and fidelity to the responsibility of authorship. A work of nonfiction is a work of nonfiction, and can’t be a little bit fictitious without engaging in a deception upon the reader.

My faith in the readers of the genres in which I write deepens with each new project. Readers want writers to treat them with intelligence. They want writers to be bold and creative, but also to be disciplined and polished. They want to read challenging language. They want to enter deeper into the realities around them, and reach a more profound understanding of the place and time in which they live.

Every time I sit to write I think of my future readers. Whether I’m writing fiction or nonfiction, I believe I am more likely to win them over the closer I get to human truth. I believe they tell if I’m faking it, or if I haven’t done all the work I need to do to feel and understand the truths I am trying to capture in words.

Header image: hours before the rescue operation to lift the trapped workers out of the San Jose mine near Copiapo, Chile on October 12, 2010. 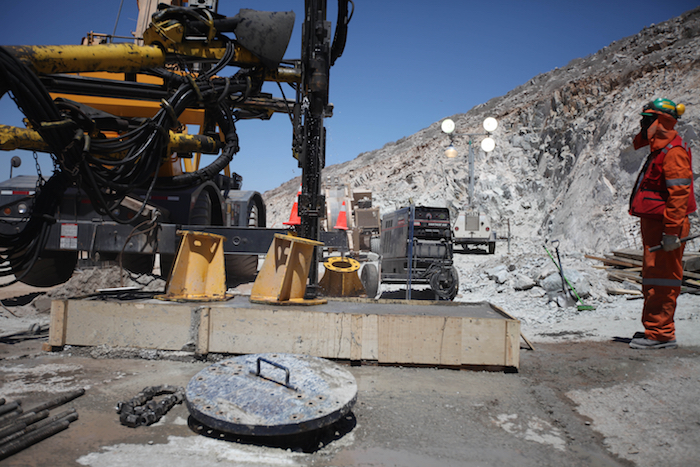