We all breathe air. But air is not a single, uniform substance. Filled with particles in suspension, its composition varies by place and time. Often, those particles can be felt. You don’t need an air quality monitor to tell you when you are laboring for oxygen, when — on smoggy days — your heart pounds and you’re out of breath just from walking up a flight of stairs. People who suffer from asthma and other respiratory diseases are especially skilled at detection. Their gasping lungs and inflamed sinuses cannot lie.

Air pollution is the world’s largest environmental cause of disease. According to a recent report in The Lancet, in 2015 air pollution triggered 9 million premature deaths worldwide, representing 16% of all deaths, or “three times more deaths than from AIDS, tuberculosis, and malaria combined and 15 times more than from all wars and other forms of violence.” The World Health Organization offers a more conservative estimate of seven million premature deaths per year. Whatever the figure, a vast majority of these pollution deaths occur in low and middle-income countries, and in the poor communities of rich countries.

The most common explanations for this death disparity involve some combination of poverty and inadequate regulation or enforcement. Poor countries lack the resources for robust regulatory regimes. Poor communities lack the means to resist polluters. Poverty leads to destructive environmental practices, like burning trash for fuel. Under conditions of scarcity, the need for employment trumps the need for clean air. And so on.

These explanations are not false. But they are woefully insufficient. African places — when they are not ignored altogether — are particularly subject to such lazy analyses, which follow the longstanding Euro-American tradition of seeing Africa as a “dark continent” filled with starving, ignorant masses, run by corrupt politicians and warlords, and lacking science and technology. Left incomplete, these interpretations make it easy to locate blame “over there.” The more compassionate analysts advocate technofixes: cleaner stoves, newer cars. The more callous argue that dumping toxic waste on the continent actually benefits Africans. Recall Lawrence Summers’s infamous World Bank memo: “I’ve always thought that under-populated countries in Africa are vastly under-polluted, their air quality is probably vastly inefficiently low compared to Los Angeles or Mexico City.” Summers later claimed this was sarcastic. But his statement has been vigorously defended by the likes of the Cato Institute, which hides behind the apparent neutrality of “opportunity costs” to argue that as long as hazardous waste dumping is “compensated,” it alleviates poverty.

Fortunately, other thinkers invert such perspectives. Instead of seeing Africa as a poor place in need of Western help, analysts from Guyanese historian Walter Rodney to the NGO Global Justice Now have portrayed it as a rich continent whose wealth has been stolen by undervaluing its resources and exporting the profits. This theft has long relied on a key tool of global capitalism: jurisdictional arbitrage, the leveraging of differences across territories to increase profits. This tool operates in many domains. Two of the most salient for air pollution are environmental regulation and financial taxation.

Consider sulfur dioxide. In the 1970s, before climate change became a household term, acid rain — precipitation laced with sulfur dioxide emitted from power plants – was the best-known atmospheric scourge in Europe and North America. Comparatively quickly (considering the present pace of regulatory change), new standards worked to lower these emissions on both continents. Reducing sulfur content in highway fuel took longer: those standards didn’t begin to change until the 1990s in Europe and the 2000s in North America, where they currently stand at 10 ppm and 15 ppm respectively.

Yet sulfur dioxide in highway fuels hasn’t simply disappeared in response to a few laws. Matter doesn’t work like that; the stuff has to go somewhere. European commodity traders such as Trafigura or Vitol offered a cheap, easy solution: different fuel blends for different destinations. Low-sulfur petrol was mixed for Europe and North America, high-sulfur diesel for Africa. The Swiss NGO Public Eye found that some Africa-bound amalgams contained 3780 ppm of sulfur, or 378 times the amount allowed by European regulatory limits. Brokers shamelessly named these blends “African Quality” fuels, as they were only sellable on the continent — often in the very same countries that produced the initial stocks of crude oil.

Key to the success of Trafigura and its ilk: such practices were — are — utterly legal and ordinary. Trafigura’s website characterizes the system as “physical arbitrage,” which it further breaks down into geographic, temporal, and technical components. The description makes the process seem not just reasonable, but downright clean: “Trafigura blends fuels to meet environmental regulations, sustainability objectives, improve performance and optimise costs. It is mandatory for fuel blenders to comply with restrictions or bans on certain components in particular jurisdictions. Blending is a non-reactive process. No by-product is produced.” It’s all in the phrasing: nowhere on the site will you find the locution “regulatory arbitrage.” But that’s exactly what’s going on. Environmental regulations in rich countries achieve compliance by moving toxic products to poor countries.

The media storm that followed Public Eye’s Dirty Diesel report did lead to some shifts. Ghana, Nigeria, and a few other West African countries lowered their sulfur standards to 50 ppm — still five times the European standard, but 40 to 60 times lower than their previous limits. The African Refiners Association has plotted a course to help refineries on the continent reduce the sulfur content of their petrol and diesel to new regulatory standards by 2020. The ARA also strongly advocates changes in the vehicle fleet, citing the difference such changes made in European air quality. Of course, compliance remains to be seen. Remember Volkswagen’s Dieselgate?

Regulatory arbitrage is a systemic process. You can’t just blame fuel brokers. When you celebrate emissions improvements in American and European vehicles, do you think about where non-compliant cars end up? If they’re still running, chances are high that they’ll end up on the streets of Nairobi or Accra. Calls to improve African motor fleets — whether cynical or well-meaning — represent wishful thinking at best. Used cars and parts are essential to African economies. The auto mechanics who keep those vehicles running are technological wizards, at least as innovative and resourceful in their repairs and rebuilds as the engineers who first designed the cars.

We all breathe air. But residents of Lomé and Lagos inhale far more, and more noxious, particulates than do those of London or Los Angeles — two cities known for persistent smog. Most urban residents in Africa spend hours working and commuting in fearsome traffic jams, inhaling the deadly fumes emitted by mopeds, taxis, and buses. Only a tiny minority can find relief in air-conditioned spaces. Earth scientists fret about black carbon as a short-lived climate forcer; African urbanites worry about its invasion of their respiratory system.

When smoke from fires spread through California last November, Bay Area residents regularly received air quality readings. Such public reports are rare to non-existent in most African cities. In Port Harcourt, Nigeria — which has been enveloped in soot for several years now — residents report pollution by posting photos of black phlegm and sooty hands, using #StopTheSoot. Even Senegal, one of the better-resourced West African nations, struggles to maintain the scientific capacity to monitor particulate content of air. The few existing studies show levels of black carbon in Dakar exceeding those in Delhi. In neighboring Mali, Bamako black carbon levels exceed those in Beijing. Californians can purchase personal air quality monitors online. In Bamako, a handful of residents have been building monitors from scratch.

Global institutions have been slow to respond. Before 2018, the World Health Organization did not have any air quality programs in the African continent. Indeed, the WHO’s first ever global conference on air pollution and health took place just a couple of months ago, in fall 2018.

The systemic causes of weaknesses in monitoring, regulatory, and enforcement capacities are legion. They include other forms of jurisdictional arbitrage — most notably, tax arbitrage. Tax shelters for polluting industries suck resources that might otherwise be used to monitor pollution and fund mitigation and public health. The International Consortium of Investigative Journalists’ West Africa Leaks project shows that offshoring profits is so prevalent as to be banal. In financial, regulatory, and other domains, jurisdictional arbitrage is part of the infrastructure of petroleum extraction.

We all breathe air. But air changes over time. Some changes are cyclical, like Harmattan dust storms that gather force in the Sahara and sweep through West Africa before heading out over the Atlantic, as they have throughout recorded history. Some changes are linear. Today, when the Harmattan passes over West African cities, black carbon particulates attach themselves to Saharan dust. Some soot-coated particles drop to ground level and enter lungs; no longer in suspension, they invade lobes and enter bloodstreams. Others continue on the path across the Atlantic, eventually settling in the Caribbean, the Amazon, or the Gulf of Mexico. Still others head north to the Swiss Alps, where they accelerate glacier melting.

We all breathe air. If you live in Houston, you’ve inhaled sooty Saharan dust. But don’t blame “them.” With air as with all else, what goes around comes around. 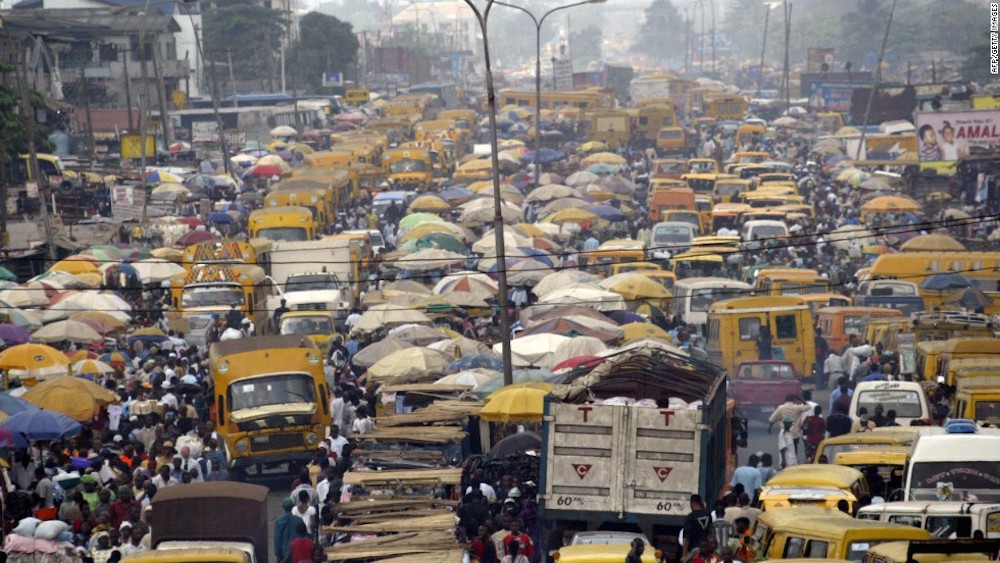