This is the fourth in a series of “Provocations,” a LARB series produced in conjunction with “What Cannot Be Said: Freedom of Expression in a Changing World” a conference cosponsored by UCI, USC, and UCLA (January 22 -24, 2016). All contributors are also participants in the conference.

A 72-foot tall golden inflatable toad was supposed to bring “good luck and fortune” to Yuyuantan park in Beijing, which was no doubt hoping to attract crowds with the “biggest aerated toad in Asia.” Instead, it brought mirth to millions of Chinese internet users, who immediately seized upon the toad’s uncanny resemblance to former Communist Party General Secretary Jiang Zemin. The term “toad” has long been used as a proxy to talk about Jiang, and has been banned for Weibo searches since 2011. “Golden toad” was a later addition to the blocked list, which already featured “Chairman Toad,” “Toad + death” and “Toad + critically ill” after rumors spread that Jiang had either died or was on his deathbed (point of fact: he still hasn’t croaked). Other blocked terms include ‘elder’ and ‘prolonging life’. The internet has even spawned self-described “toad fans,” a term used to imply nostalgia for the relatively relaxed era when Jiang Zemin was in power.

In a law-abiding country, what could be wrong with searching for the word “law”? Ah, you may well ask. In recent days, users found themselves unable to search for 法律or “law” on Weibo, China’s counterpart to Twitter, as one of China’s most celebrated human rights lawyers, Pu Zhiqiang, appeared in a Beijing court. Pu’s case revolves around seven tweets posted to Weibo, for which he’s facing eight years in jail on charges of “inciting ethnic hatred and picking quarrels.” To coincide with his hearing, other words blocked from Weibo searches included “trial,” “judgment.” “justice,” “prosecutor” and “judge,” according to Weiboscope, a censorship tracker operated by Hong Kong University. In the smoggy streets outside the court, plainclothes police roughed up foreign journalists and manhandled Western diplomats, stopping them from reading out prepared statements. These assaults appear to have been preplanned; many of the plainclothes officers wore yellow smiley-face stickers on their jackets, possibly to identify themselves to each other. Not uncoincidentally, searches for the word “dirty” were also banned.

In In August 2015, China’s Ministry of Culture issued a list of 120 songs deemed harmful to society, due to their promotion of “obscenity, violence, insubordination, or immorality.” Among those banned, possibly due to its embrace of insubordination, was the song, “Fart,” by Taiwanese rapper Chang Csun Yuk. In it, he mocks a sycophantic co-worker who wears fake Armani suits and sucks up to the boss. “There are people who do nothing but fart around,” it begins, “They think because they have money, their lives have meaning.” The Ministry of Culture ordered that it be removed from Chinese websites, along with songs called “Move your Bum”, “Trouble” and “Da-la-di-la-da.” Internet users reacted sarcastically, with posts like, “Thank you Ministry of Culture for your ‘recommendations’, I didn’t know [about these before], [now] hurrying to listen.”

In Chinese, June the 4th — the anniversary of the Tiananmen killings — is 六四 or Six Four. Every year, efforts are made to block any mention hinting at this number — including in 2015 the words “square of 8,” “8 squared” and “63 +1.” The net was cast so wide that some online money transfers involving the numbers 64 or 89 were forbidden. Some internet users noted that attempts to send 6.4 or 89.64 yuan brought up messages saying “Transaction error. Try again later.” 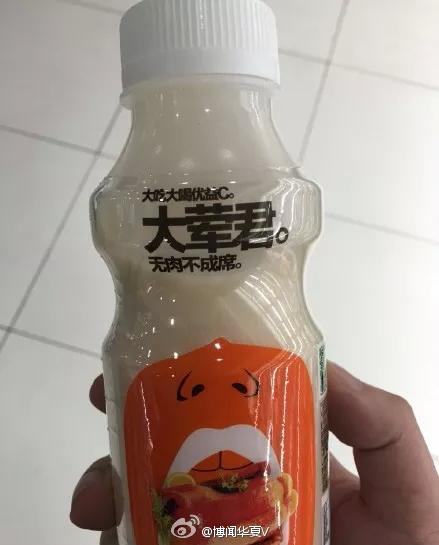 Even a humble yoghurt drink can find itself cast out of Chinese cyberspace. This beverage, apparently targeting thirsty, megalomaniacal Chinese carnivores, was called “Great Meat Monarch”. Sadly the marketers had failed to consider the possible homophones, which are words that sound the same, but are written with different characters. In this case, one homophone means “fatuous and self-indulgent ruler.” Coming at a time when President Xi Jinping was burnishing his image, such linguistic ambiguity led to an immediate recall of the yoghurt drink, and a ban from social media (#authoritarianmarketingfail). However, the effect of these actions was to make the yoghurt drink’s name a trending term on Free Weibo, which notes searches for censored terms.

North Korea’s answer to the Spice Girls, the Moranbang band is made up of twenty nubile members of the armed forces, rumored to be handpicked by North Korea’s leader Kim Jong-un. When the Moranbang band debuted in 2012, political analysts parsed their mini-skirts, high heels and music featuring Winnie the Pooh, searching for hints of impending political liberalization. In December, the Moranbang band arrived in Beijing for three days of invitation-only gigs. As they were preparing for their first show, they abruptly cancelled the concerts, packed up and left. The same day, users searching Weibo for information only got error messages, their videos appeared from Youku (China’s YouTube), and even the National Theatre’s announcement of the cancellation was scrubbed from cyberspace.

There was no explanation of their sudden departure, but South Korean analysts — who specialize in speculation — theorized that Kim Jong-un ordered the band home, after hearing that China had downgraded the level of official representation at the concert, and would not send President Xi, possibly in protest at Pyongyang’s claims to possess a hydrogen bomb. Xinhua news agency coyly blamed the cancellation on ‘communication issues’. Some sources suggested that China’s bureaucrats had baulked at the paeans to Kim Jong-un and their requests for changes were dramatically spurned with a mass hissy fit. Another theory centered on the sudden reappearance of one band member, Hyon Song Wol, who was said to have been an old flame of Kim Jong-un yet was subsequently rumored to have been executed for making pornography. Her presence was noted — perhaps too loudly — on Chinese social media. No matter the reasons behind their flight back to North Korea, the Moranbang band now find themselves persona non grata on China’s internet. 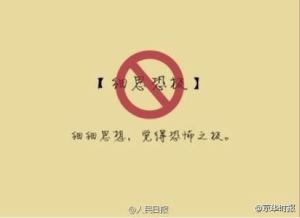 The upheavals accompanying dynastic change have embedded fear of chaos so deep in the Chinese psyche that even linguistic chaos is apparently a threat to the Communist party.

Indeed, the State Administration of Press, Publication, Radio, Film and Television is specifically guarding against “cultural and linguistic chaos” by banning puns and wordplay from China’s Internet . Among the banned words were four-characters idioms invented by internet users such as细思恐极 (to overthink things and panic), 不明觉厉 (not to completely understand, but to still think it very cool) and 十动然拒 (to be very moved, but nonetheless to refuse). The directive spelled out the necessity of uprooting such expressions of linguistic creativity by saying, “Idioms are one of the great features of the Chinese language and contain profound cultural heritage and historical resources and great aesthetic, ideological and moral values.” It was perhaps ironic that the directive unleashed an avalanche of bad puns from Western headline writers, who riffed on China’s pun control, alleged that punny things were happening and pointed out the pun is mightier than the sword. 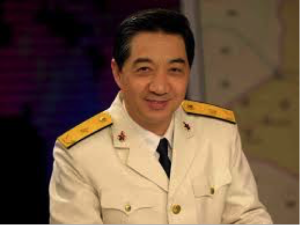 The 25 dirtiest words in China were banned online by the Cyberspace Administration of China in June 2015 in an attempt to “clear the smog of coarse language”. Heading up the list is “Your Mom” — implying a sexual act in Chinese — which was used a quarter of a billion times on Weibo last year, according to a study conducted by the People’s Daily. Internet experts noted this appears to be a new moral crusade, cleaning up vulgarity and pornography, as well as targeting politically sensitive terms.

Coming in at number five on the list is “brick specialist” or “building specialist” (砖家). This is a homophone for “expert”（专家） and is used to mock official experts who make ludicrous public statements. A famous “brick specialist” much reviled online is PLA admiral Zhang Zhaozhong, who has publicly claimed that smog is China’s top defense against US laser weapons and that kelp can be used to help fight submarines.

The words “candle” and “candlelight” become sensitive every year around the June the Fourth anniversary of the killings in 1989, when the Tiananmen movement was suppressed. They had become ways of evading censors to refer to the annual memorial rally in Hong Kong’s Victoria Park, which is the biggest June Fourth vigil on Chinese soil. After the words were banned, internet users began posting the candle emoticon instead to post on Weibo. Then a funny thing happened, and that too disappeared from their mobile phones. The candle icon has also been used to express grief for other tragedies deemed sensitive, for example scores of workers who died in a fire in a chicken slaughterhouse in 2013. Pictures of birthday cake candles including the numbers 6, 4, 8 and 9 have also been censored in the run-up to the anniversary. 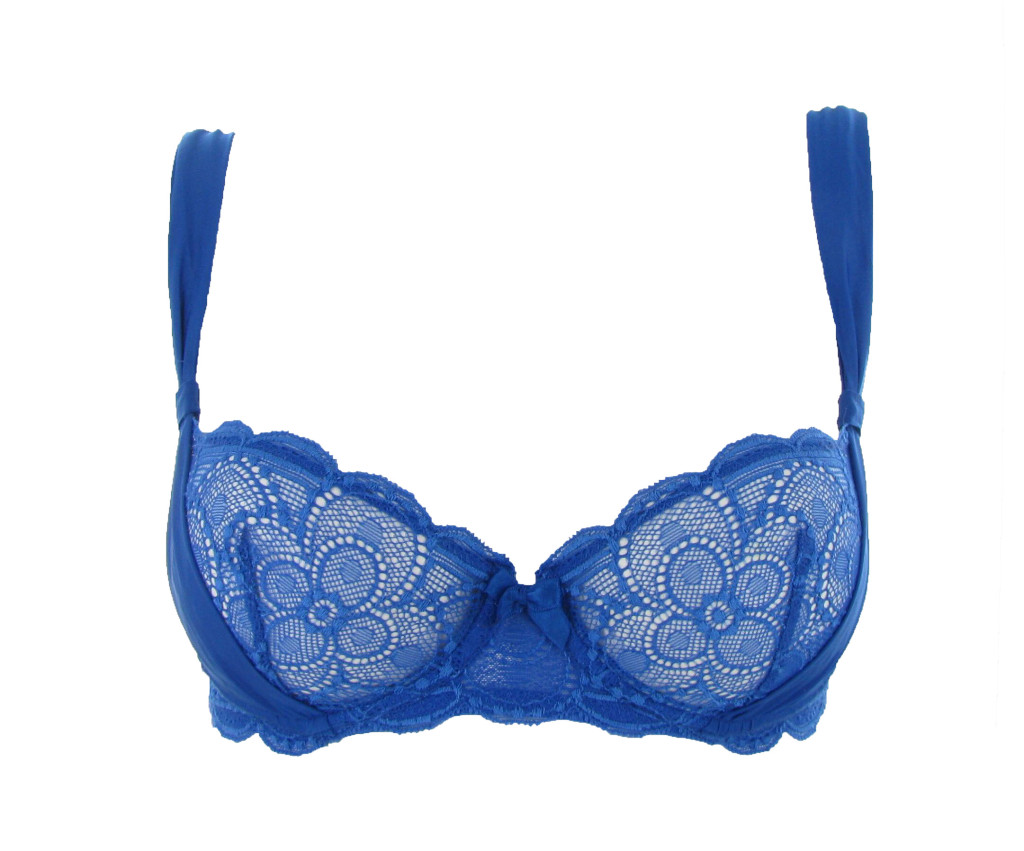 Chinese internet users left Weibo in droves, after successive campaigns against rumor-mongering, including the public humiliation of influential microbloggers, known as Big Vs. En masse, netizens moved over to Wechat, a Whatsapp-like mobile chat application which boasted 438m monthly users by the second quarter of 2014, compared to 157m Weibo users. Even though Wechat users chat in small groups, content there is also scrubbed with keyword censorship. In September 2014, new Instant Messaging Regulations — known as the Wechat articles — require that articles on current events be published or reprinted only on public accounts owned by media organizations, news websites or accounts that have obtained ‘internet news service qualifications.’ Dozens of posts containing “rumors, misinformation, or some form of speculative commentary” have been deleted, according to Jason Q Ng at Toronto’s Citizen Lab, including many health scare stories. Among them was the story that padded bras might cause cancer, since they impede the ability of breasts to breathe. 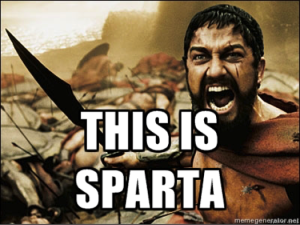 China’s 18th party congress, held in November 2012, signaled a once-in-a-decade handover of power, but was preceded by months of anxious preparation including a ban on racing pigeons in Beijing and the decision to order taxi drivers to remove rear window handles to guard against passengers who might throw ping pong balls carrying subversive messages out of the windows. The words ‘18th party congress’ had been banned as a search term since April 2011, so internet users used the homophone — the Chinese word for Sparta — which sounds like shi-ba-da (18th party congress) to dodge censorship. “Defend Sparta” and “Sparbig” were also banned, just for good measure. Before being banned, the catchphrase from the Hollywood parody film, Meet the Spartans, was being bandied around the Internet — “This is Sparta!”

It’s impossible to search for terms like “internet surveillance,” “internet freedom” or “internet blocks” on Weibo, since all of these are forbidden language. However, the existence of the Cyberspace Administration of China is no secret; indeed, the internet censors did not just out themselves, they even penned a paean of praise to themselves, nattily titled “Cyberspace Spirit.” It includes such rousing lines as, “An Internet power: Tell the world that the Chinese Dream is uplifting China/ An Internet power: I represent my nation to the world.” Unfortunately, China’s internet censors were also tripped up by those tricky homophones; the words “internet power,” which are repeated eight times in the song, sound the same as “the land of internet walls.” Shortly after being released, the Censors’ Anthem itself disappeared from Chinese websites, leaving onlookers to conclude that — in a meta act of karmic retribution — the censors had ended up censoring themselves.

Louisa Lim is an award-winning foreign correspondent, who reported for NPR and BBC from China for a decade. She is the author of The People’s Republic of Amnesia: Tiananmen Revisited (Oxford University Press, 2014), which was shortlisted for a number of prizes including the Orwell Prize, Britain’s top prize for political writing. She has been the Howard R.Marsh Visiting Professor for Journalism at the University of Michigan since September 2014, and before that was a Knight-Wallace Fellow at the University of Michigan. She will participate in the conference Freedom of Expression in a Changing World: What Cannot Be Said. 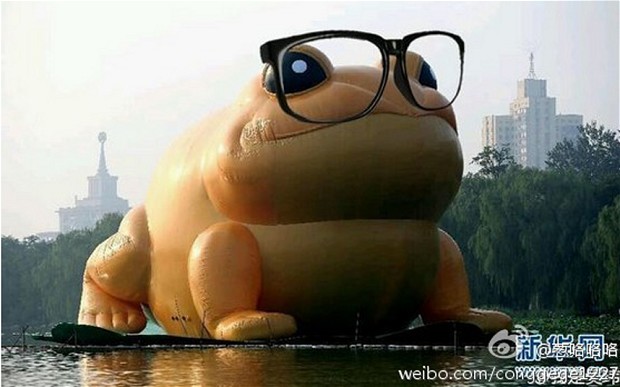