Jenny Molberg’s debut poetry collection, Marvels of the Invisible (Tupelo Press, 2017), is a parade of dissections, interrogations, magnifications, and amplifications. These poems operate as stacks of lenses, zeroing in on particular objects or memories and exposing their finest contours. Marvels of the Invisible largely examines loss, illness, and grief, but it’s far from a despairing book. Molberg delicately unpeels her subjects with all the wonder and terror of discovery, and the reader is left, above all, with a profound gratitude for the act of noticing.

The poet was kind enough to discuss Marvels of the Invisible with me during a whirlwind trek from AWP to a book tour, and her thoughts were every bit as generous, humane, and intelligent as a reader of hers would expect. We spoke largely about the roles of science and empathy in poetry, and several of those exchanges, in slightly edited form, are below.

ANTHONY IMMERGLUCK: I’d like to know a bit about your background and the genesis of Marvels of the Invisible. Where were you when these poems started to emerge? Who were you reading and who may have influenced your work?

JENNY MOLBERG: A few of the poems in Marvels of the Invisible were written during my MFA years in Washington, D.C., but the book really started to emerge when I was living close to home in Denton, TX, and working on my PhD at the University of North Texas. I have always been interested in science and medicine and their connections with poetry, but during this time, I was emotionally connected to diagnosis and discovery because my mother had breast cancer and underwent a complicated double mastectomy. My father, a pathologist, was the one to diagnose the cancer first.

My mom is now cancer-free, I’m happy to say. During that time, I discovered my dad’s toy microscope from childhood, and the instruction manual read, “With your new Microset Model 1, you will discover marvels of the invisible.” Suddenly, the poems I was writing began to come together. As the project of the book took shape, I found that these concerns were also reflected in my scholarly interests at the time. I was studying poets who dealt with science and illness, like Mark Doty, Muriel Rukeyser, Frank Bidart, and Lucille Clifton. I am also always reading Brigit Pegeen Kelly, Seamus Heaney, and Sylvia Plath, all of whom I consider enormous influences, my poetry godparents to whom I’m always turning to learn about craft, music, and the heart.

On the topic of science and poetry, do you ever worry about alienating readers who aren’t familiar with the biological and medical terminology in your poems? Do you hope to educate them?

I try to provide enough information and context for readers who are unfamiliar with the terminology to have access to the poems. Also, everything is pretty much Google-able. Poetry and science, I think, are very similar ways of seeing the world. Each is about discovery — poetry innovates, through language and form — it gives us the language to discover ourselves, others, and our world. Metaphor and thus poetry asks us to take large imaginative leaps, which are acts of empathy, and those imaginative leaps can help us be better citizens of this world. In science, too, one must commit wildly imaginative leaps, because that is the only way we discover something new. One must first imagine flying through space before figuring out how to land on Mars. Poetry is rocket science, right!?

Your eye for metaphor is really brilliant. Several of these poems substitute animals or objects for physical or emotional experiences. Do metaphors help you approach painful subject matter in your art? On a craft level, how do you arrive at a representative image and how do you communicate its function to the reader?

I appreciate that, thank you. I like to think about the ways animals experience the world, and what they can teach us. Animals and all the miracles they perform remind me that my human brain understands next to nothing. Yes, I think metaphors help me approach painful subject matter in my art — at least, they provide a vocabulary for writing about pain.

Arriving at a representative image happens differently depending on the poem, I think. Sometimes, as in “Oyster,” they come from an experience with the object or animal, and writing and thinking about that object leads me to a realization. In others, like “Chrysalis,” I am writing about scientific phenomena that become significant metaphors because their connection to my experience is illuminated in the first place. The process of metamorphosis speaks to my experience as a woman in this world, or a whale fall speaks toward the transformative nature of grief.

The most difficult part of your question is about how a metaphor’s function is communicated to the reader. Trust, a sort of communication pact, is something I think a lot about in poetry. This may be one of this biggest challenges of writing poetry, and the most frequent reason I think a poem has failed. B.H. Fairchild, who was my teacher, used to say something about this that stuck with me (apologies if I butcher its beauty by paraphrasing) — one can be interested in mystery without being intentionally mysterious. I try to keep my end of the agreement with a reader, that they need certain information in order to connect emotionally and intellectually to a metaphor.

One of the things I love about Marvels of the Invisible is the way you manage to capture the simultaneous elegance and grotesquery of the body. There are lines in “Chrysalis,” “Necrosis,” and “Superficial Heart” that resemble horror literature, and yet those poems feel so tender and compassionate. How do you strike that balance?

That’s a really interesting (and challenging) question. I try not to “soften” violence or pain with language, because I think it’s problematic when we use suffering to create aesthetic beauty, but I also want to be careful not to appropriate suffering or other bodies to sensationalize pain through violent language. The balance is something I think about a lot, and I’m not sure I do always accomplish it. I think the horror literature element comes from the scientific letters and articles I was reading, which, during the Romantic era, were fascinated with the “grotesque” or the “monstrous” because something that was “other” was a path to scientific discovery. I also find that very problematic, objectifying people to the point that they are only remembered through a bodily part of their existence, for whatever is “monstrous” about them to dictate how they must move about the world. Though my suffering at the time I was writing the book was not necessarily bodily illness, I think I experienced empathy for the human subjects of those letters, as well as (obviously) for my mom. I’m interested in the idea that knowledge can bring us closer to compassion.

Biblical references and quotes are common throughout the book. Do you consider these religious poems?

I consider the poems spiritual, but not religious, which is also how I would describe myself. I grew up going to church and studying the Bible, and I’m fascinated by a book that holds such power over so many people in this world; also, I’m fascinated by the way it’s misread and mis-taught. For example, when I was taught the story of Jonah as a kid, in the end Jonah is all grateful to God for his learning experience after he is vomited from the whale and almost dies of thirst, then happily goes back home, preaching the word of the Lord. But I revisited the Bible when I was writing Marvels of the Invisible, and I saw that Jonah was so angry that he wanted to die, and God basically tells him that he has no right to his anger. I find myself empathizing with Jonah. He had a lot of reasons to be angry, I thought, and it mirrored the anger I was experiencing over a time of significant loss.

Speaking of the image of the whale, it’s such a brave decision to begin Marvels of the Invisible with “Echolocation,” the longest and arguably most harrowing piece in the book. It challenges the reader to inhabit the body of the speaker, to really internalize her loss. Can you tell me a bit about the process of writing that incredible poem and the creative choice to place it at the front and center of your debut collection?

I love this question: I actually just spoke on a panel about this at AWP — it was called “Sustainable: On Writing Long and Linked Poems,” and I learned a lot from my co-panelists. It was a risk, yes, and it’s not how I initially submitted the manuscript. My copyeditor helped me make the decision. It was something I wanted to do, but was hesitant because of the risk you mentioned. I worried that I might lose a reader by asking them to stay with a long poem at the beginning, and to ask them to do such heavy emotional work right off the bat. However, I thought about collections I love that open with a long poem, like B.H. Fairchild’s The Art of the Lathe, or Frank Bidart’s The Book of the Body; more recently, Danez Smith’s Don’t Call Us Dead. I was inspired to begin with the poem that was the right starting place for the book, because I think it speaks most to the entire collection. I wanted to surprise my readers — opening with the title poem, I think, would dictate the collection in a way that might take authority away from the book’s female speakers. Also, I have seen a lot of collections that sort of “bury” a longer section about three-quarters of the way through a book, and that is when the reader has the lowest energy, so that longer piece might get overlooked.

A debut collection is a tremendous achievement, especially one as powerful as Marvels of the Invisible. How has your life and art changed since its publication?

Probably the biggest thing is that the book helped me to get my job at the University of Central Missouri, where I am able to do what I love — teach and edit Pleiades — I hope to share writers I love and admire with my students and our readers. So, my life has changed in that I have a job I love and I live in a new place. I don’t think my life has changed in terms of how I feel as a writer. Writing is still difficult, and I continue to get rejections from journals, fellowships, etc. I feel very grateful when someone reads my book and feels a connection with it, so thank you.

What are you working on now? What do you hope to achieve in your second book of poetry?

I have recently finished my second book, which is under contract with LSU Press and due out in early 2020. The title is Refusal — the collection addresses the harmful effects of traditional and binary gender roles, the trauma caused by toxic masculinity and abuse, and the ways in which addiction can affect loved ones. 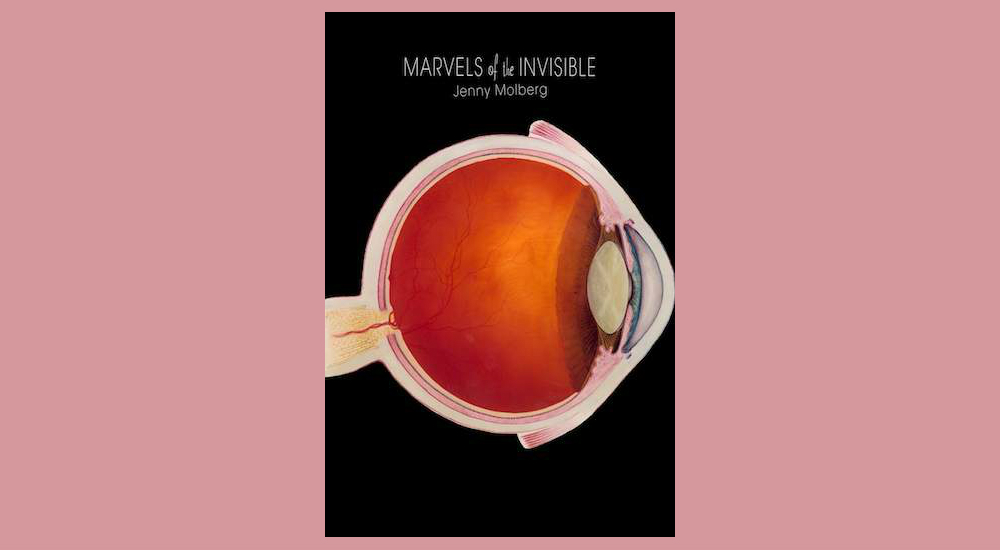