Australian poet TT.O. has been working on his latest epic poem, Heide, for about eight years. Heide the spiritual heart of Australian modernism in both poetry and art circles. The work marries times — past, present, and futures. It shows connections between art, politics, history, anarchism, poetry, struggles, the military, and his earlier works. It ranges across numerous biographies, and stands back to locate the whole in its epic grandeur; from the building of Melbourne as a city, to the establishment of its politics, art practice, poetry, and psychology. All the parts fit together, even when they fly off in different directions. It contains world history in both its writing and references. It takes off from where the Ern Malley Hoax bludgeoned Australian poetry into submission.

TT.O. has done much of what can be done in poetry, and now, after 40 years, a commercial publisher has granted him a tome, not tomb. Heide completes an epic trilogy, which began with 24 hrs and Fitzroy.

AMY LIN: Congratulations on your latest poetry volume Heide, an epic poem about history, politics, and Australian modern art. But before we talk about the book, I want to ask about your background. You were born in Katerini, Greece in the 1950s and immigrated to Australia as a small child. How does your experience of different worlds inform your creative practice?

Speaking of poetry inhabiting a difference, you are an anarchist and have worked as a draughtsman for 40 years to support your family and your art. My own father was a draughtsman when I was young, and I get the impression that it’s very different from writing. Are there similarities as well as differences, and do these practices mutually inform each other?

My experience as a draughtsman allowed me to appreciate visual poetry (or concrete poetry). It allowed me to “see” language and to be able to re-construct it in a visual field — it taught me the value of proportion (see Pythagorus and Euclid) and how its “content” is construed and/or reconstructed.

I’m interested in this idea of visual fields, and the value of proportions. Sometimes your poems, like your name, invoke mathematics, and it seems the numbers and figures add texture to the words. Is mathematics a discipline that interests you in your craft?

Mathematics was my first love. Still is. Though it’s hard to develop it on my own, especially when the world is burning. So poetry will have to do. And as a quasi-neo-Pythagorean I guess it is in keeping with the notion that poetry and mathematics and the cosmos and everything else is One or at least “a whole” (since the ancients didn’t like the idea that “1” was a number, since it was just “1.”)

You mention different eras of mathematics apprehending the facts of numbers in different ways. One thing I love about your poems is your use of facts — about biology, human biology, art, history, music, etc. At the end of the poem “John Batman” you write, perhaps ironically, “those are the facts.” How do you see the role of facts in the poetic mode, which is often thought of as antithetical to factual knowledge?

I learnt while I was writing “work poems” how facts were being used against workers. So I began to use them myself, in the service of “us” workers — I found you could use facts in a variety of ways, and in particular how a “fact” could be used as a “metaphor” or a “synecdoche” or “metonymy,” etc. So I began using them too.

This idea of a part standing in for a whole can be configured in another way, in that your poems sometimes stand in for Fitzroy, a suburb in Melbourne, Australia. Can you tell us about Fitzroy and its significance to your poetics?

Archemedes famously said, “Give me where I may stand and I will move the earth.” Fitzroy was where I stood. It didn’t feel like much being surrounded in it, as a child, but as time went on, it gave me strength, a background, a history, a style (or styles), and more importantly a different linguistic idea of the use and function of language.

Language can fulfil different functions if it has varying scopes from which it can speak. Flipping through your latest book, it appears that you are quite comfortable with relatively long poems that go on for multiple pages. In fact, Heide has been marketed as a singular epic poem. Can you tell us a bit about the scope of your poems and your ease with the long form?

In one sense, how long a poem is, is dependent on its internal engine. A poem can be one letter, one word, one sentence, etc., and it can come in a flash or take decades. In my case, my historic development in poetic practice has taken me on that journey towards the epic. And I mean “epic” in the Ezra Pound tradition of it containing “history,” and my poems do, and have. And yes, they are in large part informed by their “performance” — or to be more accurate, by their “orality” and the “oral” tradition.

You write about art figures such as Australia’s Sidney Nolan, and your experimentalism, such as your use of punctuation and spacing, reminds me of visual art. Has experimentalism always been part of your practice, and how has your technique evolved over time?

My involvement in visual poetry stretches back into my beginnings as a poet, and has never left me. It’s strange that the canon of Australian literature ignores it. It seems to ignore lots of what poetry “can” do — e.g. it informs the computer screen, but is ignored as “inadmissible” in the canon. It informs “song” (when it is “sound poetry”) and is ignored as “inadmissible” in the history of song. Stupid really.

When I was lecturing at university, I used your definition of poetry, where you said poetry “gives you a hit! It does something to you that you know is different from anything else — prose, drama etc.” This description — of the poem as something that gives you a fast, sharp thrill that you can’t get from other forms — makes a lot of sense to me. Can you elaborate further on what poetry is to you and what it means to you?

The short sharp “hit” is only one form of poetry. It is generally relegated to the realm of “performance poetry,” “stand up,” “slam poetry,” “hip hop,” etc., and as such is deemed inadmissible also. Poetry doesn’t have to be a quick-anything, but when you need it — go for it! 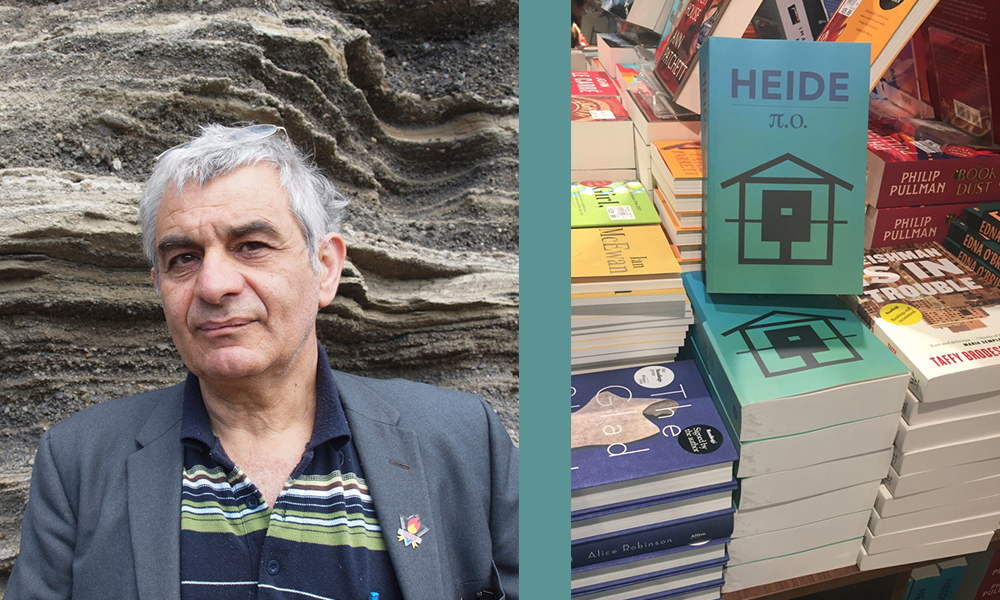