On October 10th, Veronica Scott Esposito released The Missing Books, a curated list of nearly 100 books that don’t exist. Esposito writes, for each entry, a short description of the book’s history — was it lost, abandoned, buried within another text? The list is divided into four categories: books that do not yet exist, books that come from other books, books that have been lost, and books that have been rediscovered. It is a living document which will be updated as needed. The following are excerpts from The Missing Books, the entirety of which is only available on Esposito’s website.

From the Books That Are Yet to Be:
The Passenger by Cormac McCarthy
Reputed manuscript-in-progress by Cormac McCarthy. McCarthy’s most recent novel, The Road, was published in 2006, which is ten years prior to the time of writing; at no other point in McCarthy’s 50-year career has the author let such a span pass without publishing a new novel. He has reportedly filled this time with two major projects, The Passenger being the one about which the most is known. Some light was shed on The Passenger in August 2015 (creating a small media firestorm) when McCarthy appeared at a Lannan Foundation event where he reportedly read excerpts from the book. The Passenger is said to be a very long book set in New Orleans, and there is conjecture that it engages theoretical physics and tropes of science fiction to a large degree. Additionally, there are reports that the book has been continually pushed back and may at one time have had a 2016 release date.

From the Books that Come from Books:
My Cue by Vivian Darkbloom
A biography (or possibly a novel?) of unspecified substance, although whose title alluringly points us toward the subject matter of the author’s companion, a strange man who often went by “Cue” and who had a predilection for young women. It would be tempting to know more particulars of “Cue’s” life, as the only testament we currently have to his activities was penned by Cue himself. (The writing that people do about themselves is, even in the best of circumstances, at least a little bit suspect, and in Cue’s case very much). Curiously, the letters in “Vivian Darkbloom” can be rearranged to spell “Vladimir Nabokov.”

From the Books that Were Lost:
Skin by Shelley Jackson
Novella published by Jackson by tattooing individual words onto human bodies (who were exclusively permitted to read the entire narrative). A very difficult work to read under any circumstances, but also as a “mortal work” initiated in 2002, one that is fated to decay and be lost in time. It is unclear if the narrative was completed, and if so, whether any participants have thus far permanently “dropped out” from their duties as bearers of the story.

From the Books that Have Returned:
Skylight by José Saramago
Early novel by Saramago, written the 1940s and presumed lost for some 40 years, eventually found deep in the archives of a publisher Saramago had submitted the work to long ago. When approached with the rediscovered novel long after he had become a world-renowned author, Saramago chose not to publish it, and the book sat for 20 more years. The author was at times asked to publish it, but he would only respond that the work “would not be published during my lifetime.” He was correct; four years after his death, the book came to light, quickly appearing in numerous languages. 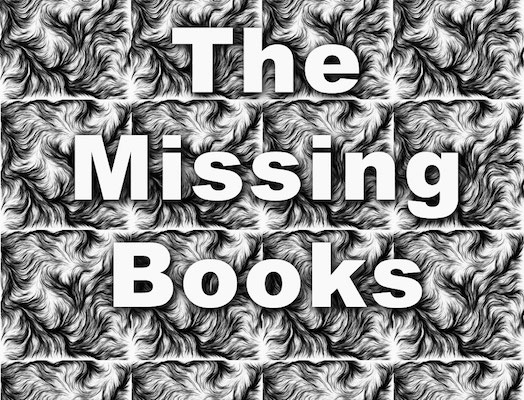