Ali sits in a tent with his brother-in-law, who we’ll call Ahmed, scrolling through photos on his mobile phone. He is stocky and well-built and looks like a former soldier, which, as it turns out, is what he is. He refuses the offer, again, of a cup of tea, just like he refused an offer to be taken out for breakfast earlier that morning.

Ahmed, sitting in the corner, doesn’t say anything.

After nearly a full minute of scrolling on his phone, Ali’s face lights up. He’s found the picture he’s been looking for. It’s a photograph of a piece of paper, a certificate that looks a lot like the one your child’s elementary school might send home after a spelling bee. Underneath Ali’s name, it says:

“Kellogg Brown & Root, operation mission Iraq, MHE Department, takes pleasure in presenting this certificate of appreciation in gratitude for your professionalism and dedication to duty.”

The word “professionalism” is misspelled.

Ali flips through pictures some more, holding up the phone every few seconds. He has certificates and letters of recommendation from several previous employers, including KBR, PAE, and Sallyport, a Michael Baker International Company. Mostly they look hastily typed or photocopied. But one stands out. It’s on letterhead from the US Embassy in Iraq, a confirmation of employment in the State Department’s General Services office, and says that Ali has been “an excellent employee while employed there.”

He keeps flipping through the photographs on his phone.

Ahmed, sitting in the corner, still doesn’t say anything.

Rumors have been floating around the camp, and the latest one has Ali scared. He has heard that everyone from Baghdad is being sent back to there en masse. Baghdad has been declared safe. On the question of whether or not any particular refugee will be granted asylum, those from Baghdad appear to not have a chance.

“I’ll show you something else,” says Ali. He looks over at Ahmed and says something in Arabic. Ahmed nods a tired nod, as though reluctantly giving permission.

The pictures he holds up next are horrific. It’s Ahmed, but it’s not Ahmed at the same time. His face is beaten and nearly unrecognizable. There are cuts above his eyes. His arms are black from bruises, and massive welts and lacerations cover his back. One might be tempted to wonder what techniques could possibly create such injuries.

“This is what happens in the safety of Baghdad,” says Ali.

This morning Ali is going to the offices of the International Organization for Migration. The IOM administers a program that aids refugees who choose to voluntarily repatriate themselves. The program gives them a plane ticket and a small cash stipend of 250 euro. But rumors are rife in the park, and Ali has heard that the IOM might be able to help him get to America, which, after working for America and American companies for the past seven years, is where he really wants to go. He has an appointment at IOM for nine o’clock this morning. Although “appointment” might be too strong a word. One of the volunteers in the park has called the IOM and then told Ali, somewhat cryptically, that he needs to be there at nine sharp.

At the IOM office it is clear that Ali is not expected. Nonetheless, the people there are kind and generous and sit down and talk with him for the better part of an hour. They explain that, contrary to what he heard in the park, the voluntary repatriation program is the only one they run in Belgium. They appear to really want to help. But they work for an organization, after all, with a mission and goals and procedures, and there is little they can do outside its rubric.

Trying to offer something else, something helpful, they mention that there is another program that helps the US government screen potential asylum candidates, but that it is run out of Iraq.

“I know,” says Ali. “I applied for it. But all they tell me when I call to check is that I must wait, and it has now been two years.”

In addition to the horrific beating Ahmed received, Ali is scared because one of the leaders of the same local militia that beat his brother-in-law has stopped him several times on the street, the last time telling him that if he was ever seen there again, he would be killed.

So he left, taking the same route most of the asylum seekers have taken, through Turkey and across Greece and Macedonia and through Hungary and Austria and Germany and now to Brussels, where he has met up with his brother-in-law and another friend of theirs. The journey cost him five thousand dollars, much of it in fees paid to human traffickers. Only after arriving did he learn that the asylum process here can take months, even years. He has left behind a wife and two young children. Here are their pictures. Aren’t they beautiful?

“They don’t have any money,” he says, referring to his family, “and my wife is now sick. She just tells me yesterday.”

The people at IOM tell him that he might also be eligible for re-integration assistance, which could include job training and a stipend of up to two thousand dollars if he returns to Iraq. In response, Ali stares at the table top. He is a tough man, but it looks like he might cry.

A consensus is reached around the table that at this point Ali appears to have two options from which to choose: he can formally undertake the asylum application process in Belgium, which gives him a roughly ten percent chance of success, and which requires him to leave his young family to fend for themselves in Baghdad for what could well turn out to be years, or he can accept the offer of repatriation, which will get him a plane ticket back to Iraq this week, two hundred and fifty euro at the airport, and the possibility, but not the guarantee, of a stipend and job training.

Out on the street after the meeting, Ali is quiet. He stares at the ground as he walks. When he looks up he has tears in his eyes.

“I die four times every day I don’t see my kids,” he says. He shakes his head. “Tell me, if you were me, what would you do?” 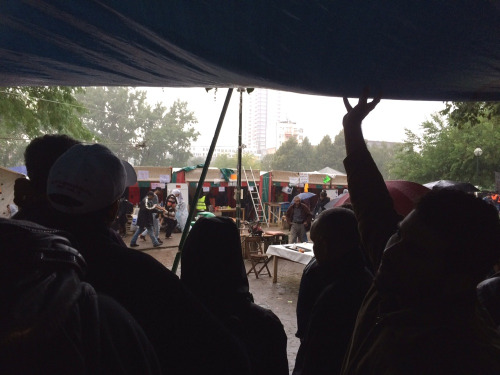