Finding the real wishes of the voters is democracy’s ultimate frustration. California thought it might have gotten closer when it instituted the top-two primary system in 2010, to end — or so it was thought — the tendency of both parties to elect the noisiest and most base-juicing candidates. When the winner and runner-up of a nonpartisan primary advance to the general election, it was supposed to promote centrism, moderation and balance — the yogic middle way of politics.

Instead, of course, it has provided the Democratic Party with yet another chance to royally screw themselves in a year when everything should have been going their way. All those idealistic calls for ordinary people to run for office worked too well, and a field crowded with newcomers in a top-two primary means that a Republican who richly deserves political oblivion has a chance to thread their way into a cheap berth in the general election — and possibly win the seat — because the Democrats couldn’t figure out how to unify behind a single candidate and instead scattered their votes like handfuls of birdseed to greedy pigeons.

Such is the worry about California’s District 48, a rectangular slice of beautiful Orange County coastline that takes in a contradictory mélange of high tech-industry, the glass towers of Irvine, the retirees of Leisure World, the tanned rich of Newport Beach, the fiercely liberal artist haven of Laguna Beach and almost the entirety of Huntington Beach — whose culture and politics can often resemble the gulf coast of Alabama. For 30 years, the seat has been the property of Dana Tyrone Rohrabacher, a former Reagan White House aide who raised his initial running money with help from Nicaraguan gun-runner Oliver North.

Despite his anti-Soviet beginnings, Rohrabacher has transformed himself into the most Russia-friendly member of the U.S. Congress, defending the annexation of Crimea and giving the FBI concern that he was the target of Kremlin recruiting and even had a code name among Russian spies. At one point, U.S. Rep. Kevin McCarthy said of his colleague: “There’s two people I think Putin pays: Rohrabacher and Trump.” He is said to be a person of interest in Robert Mueller’s probe of Russian election interference. He’s also an immigration hawk, thinks climate change is “liberal claptrap,” opposes same-sex marriage, and voted to repeal Obamacare. Except for the Russia stuff, this may have been tolerable and even desirable in the old Orange County when aerospace contracting was the big game and the John Birch Society used to pass out leaflets at Knott’s Berry Farm. But changing demographics and the monumental embarrassment of Donald Trump has turned this conservative stronghold increasingly blue. A former GOP insider named Scott Baugh is running his own campaign for the seat, stealing money and attention away from his onetime ally. In short, Rohrabacher’s vulnerable and wobbling. Any competent Democrat has an excellent shot of laying him to the canvas.

The problem is that two competent Democrats are poised to give Rohrabacher a huge undeserved gift on Tuesday. Businessman Harley Rouda used to be a Republican, but he now has the endorsement of the Democratic Congressional Campaign Committee. Stem cell scientist Hans Keirstead, meanwhile, picked up the endorsement of the county Democratic Party. The simple solution would be for one of them to quit the race and hold the door for the other. But neither of them wants to do that. The Los Angeles Review of Books asked them why.

“It would be great if he did drop out,” said Rouda, believing that Keirstead ought to be the one to gracefully concede the race as a unifying gesture. He said no conversation about it has taken place. “It’d be great if somebody could orchestrate that but based on Keirstead’s campaign and the rhetoric coming out of there, I don’t think that’s in the calculus right now.” Rouda said his endorsement by the DCCC proves that he is the unity candidate.

For his part, Keirstead points to an independent poll from Change Research that shows him eight points up on his Democratic opponent. Among all candidates, in this poll, it’s Rohrabacher with 27 percent, Keirstead with 19, Baugh with 17, and Rouda with 11. If Baugh can crack into the moderate swing vote just enough on Tuesday, it’s curtains for the Democrats before the real show even starts.

“The possibility of the Democrats getting blocked out is a real one,” acknowledged Keirstead. “At this point, every other Democrat in this race is a spoiler.”

He said he would not drop out himself because of the poll numbers. “Ever since I got into this race I have always said that if I was in any position but the lead, I would drop out.” But that has not happened. And neither has a conversation with Rouda about who gets to take the one remaining parachute in a plane without a pilot.

“I’ve left him three messages but he never gets back to me,” said Keirstead. He added there would be no doubt in his mind who would be to blame if the Democrats found a way to botch what should have been a golden opportunity.

“If we lose this race, it will be because of the egos of Democrats in second and third place who aren’t dropping out when they should.” 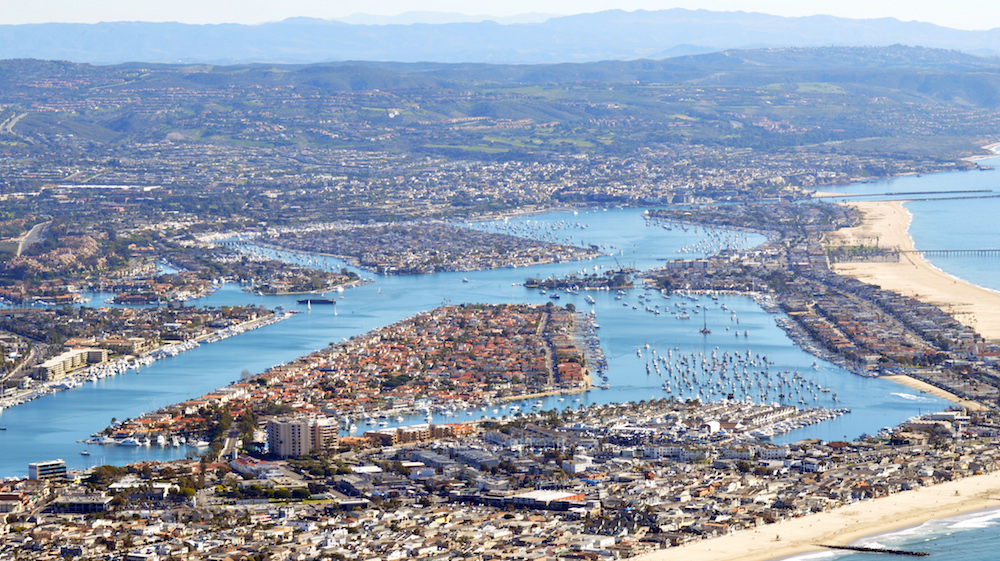