In his new book, Nobody Hates Trump More Than Trump: An Intervention, Shields uses this avatar-as-thematic-vessel to weaponize his (and our own) fascination with Donald Trump to dissect (with the ruthlessness of a back-alley murderer) the President.

Of course, under such an attack, Trump falls apart. Left-leaning readers are well aware that digging into this current President’s actions — from his locker-room talk on the campaign trail to serving hamburgers on White House silver — will unearth a childishly narcissistic man playing a big boy’s game. But what is truly fascinating about Shields’s book is another portrait of Trump that emerges. Yes, the small, petty man we expect is there, but what also arises is a man totally in charge of the outrage, a devil capable of molding reality around him for his own pointless aims, a man who is pitch-perfectly tuned into the words and phrases that both push our buttons and keep us watching.

Most of us hate him, which is why can’t stop talking about him. And as such, we’ve become his enablers.

I sat down with Shields to discuss ways in which Trump has become both a bewildering outrage machine and the expert mesmerist running our country (for now).

DANIEL CECIL: With Trump, I’ve vacillated between two lines of thought: that either he’s a monumental buffoon or the world greatest communicator. You tackle this question head on.

DAVID SHIELDS: A good examples is this profile by Mark Singer in the New Yorker. Trump would think of that magazine’s audience as “sophisticated, effete.” (In reality, it’s just a middle-brow audience). Trump asks Singer, “You want to know what I think of as good company?” Singer says yes. Trump says, “A really good piece of ass.” This is quite brilliant brand-building, in my view.

There’s a certain shock factor as to what he might say next. In the book you excerpt a lot of Trump’s appearances on the Howard Stern radio show.

Trump’s style of speech lands at a moment of intensified scrutiny over semantics. It’s as though he’s completely ignoring this shift in public dialogue or is utilizing it for his own means.

I would say his speech is in exact and purposeful counterpoint to this current vogue of shaming. Louis Theroux says that in a shame culture, being shameless gives you amazing freedom and leverage. I don’t know if I’m as far left as you, but I’m pretty far left. If I can find appeal in Trump, in the tiny ways I point out in the book, I can imagine what the out-of-work car assembly line guys might think. Trump embodies their rage, even from a plutocrat’s throne. He articulates the “fuck you,” the mad resentment that life sucks and then you die.

His whole MO is to go off-script. It’s “reality.” That’s the polar opposite of someone like Hillary Clinton, who gives these tight, on-policy speeches. For those who haven’t seen much benefit from business-as-usual in the White House, hearing just another speech from a lifetime politician would be quite boring, if not down right insulting.

That’s why Trump hates the teleprompter. He breaks away from it at all times. And in that I recognize in a way a writerly impulse. I don’t know if it’s intentional, or temperamental, or both, but he cannot help blowing shit up. My friend Jonathan Raban told me that during the campaign, when he saw Hillary giving a speech on television, he didn’t bother to turn up the volume on the remote; he knew what she was saying before she said it. But when Trump came on, despite and/or because of his contempt, he wanted to hear what Trump would say. Trump is/was doing something special. I’m not going to deliver the standard thing. I think people felt that electing Trump was going to be entertaining. The world might blow up, I might lose my 401k, the apocalypse might arrive, but at least it will be fun to watch. We will amuse ourselves to death. Infinite jest. Trump gets this about America. He is that.

I was intrigued by that line of Trump’s, in which he says he likes to watch people lose, because you learn about people when they lose. And I started to think about the possibility that the country’s fascination with Trump is that he appears to be a disaster. One day he’s going to lose, and we’ll see the man as he truly is.

In the book I argue that there is deep self-destructiveness in human nature: rubber-necking but also individual and collective death wish. I think people knew it would be unbelievably riveting to watch Trump come apart in public. So, too, if Trump is enormously self-loathing and is self-destructive, which he is, then he may well have sought the biggest possible stage on which to perform hara-kiri.

You quote Andrew O’Hehir in your book: “Our culture is obsessed with ‘real’ events because we hardly ever experience any.” You also present a picture of Trump as running the White House like a reality television show. Did you watch that awkward, so-called debate between Trump, Schumer, and Pelosi? It was incredibly fascinating how he took what he knew would be an explosive argument out of the confines of the Oval Office and put it on television. I can get a couple of extra points with my base if I look super strong here, or at least shape it to look that way.

I don’t think he succeeded. However, a key word that comes to mind here is decorum. There’s a pretense with people on the left, whether it’s the academic left, the media left, or the political left, that there’s still this thing called decorum. Schumer and Pelosi still embody this. Trump in a way is a very, very contemporary person. He gets that decorum is over. Picasso says that good taste is the enemy of great art. Trump is, in a way, a great performance artist. There’s a genius to listening to your own boredom and responding to that. In a strange way, it reminds me of what I have done in my own writing life. I hit a major impasse 20 years ago, I could no longer write the fiction that I’d spent twenty years writing, and I “blew shit up.” The business of writing is to blow shit up, as Richard Nash says. I listened to my own ADD; that’s what Trump does. He listens to his own boredom. Enough of decorum. Enough of my own boredom. There are 10,000 ways in which I disagree with Trump, and I work as a citizen to end Trump’s reign, but as a writer and reader and thinker and “performer,” I get his assault on discourse. Bring on the back-bench flame throwers. Blow shit up.

I always thought of Trump as like a very successful swoop artist. He’s very adept at seeing a situation in which there’s a possibility for him to do the least amount of work and make some sort of success or spectacle of it. By branding or just being at the right place at the right time. I’m thinking of 1970s New York, when New York was about to go bankrupt. All the banks are saying no to giving New York their usual bail out. No more loans. And out from the sky swoops Donny T, willing to give New York what they want with points on the dollar. And right now he’s taking advantage of people feeling attacked by a so-called coastal, liberal elite.

That’s a good connection between now and then. I’ve always loved Lord Buckley’s epitaph: “He stomped the terra.” Hunter Thompson appropriated it for his own epitaph. That’s Trump. He is obsessed with death. He has no transcendental values or beliefs. (Neither do I.) He just wants to stomp around, create a little chaos. That’s why he succeeded or has succeeded till now. That’s his appeal. I get it, on a visceral level. I think that’s all Trump wants to do. He wants to stomp around, create a little chaos. I just think that resonates.

From a very early age, Trump wanted to be a movie producer and didn’t have the guts to break away from his father’s real estate business. So, he’s made his own rather ordinary life and turned into a kind of endless movie.

There was a video that was going around a little while ago, a speech by Grover Norquist, in which he said that all conservatives need in a president is “enough working digits to handle a pen.” So they get Trump, and he represents that notion beautifully — a made-for-camera, sleight-of-hand guy, ape-like but able to work a pen. But now he’s in the White House and there’s no way to control him. It’s a madhouse. He’s just a guy who likes to push buttons and he doesn’t care which button it is.

That’s the trillion-dollar question, ain’t it? Is he a useful idiot? Is he in control of this entire narrative? Is he wildly self-destructive? Is he giddy that he’s going to finally feel something in his anhedonic life — his own demise? Or is he going to launch the nuclear codes? The answer is: Tune in. 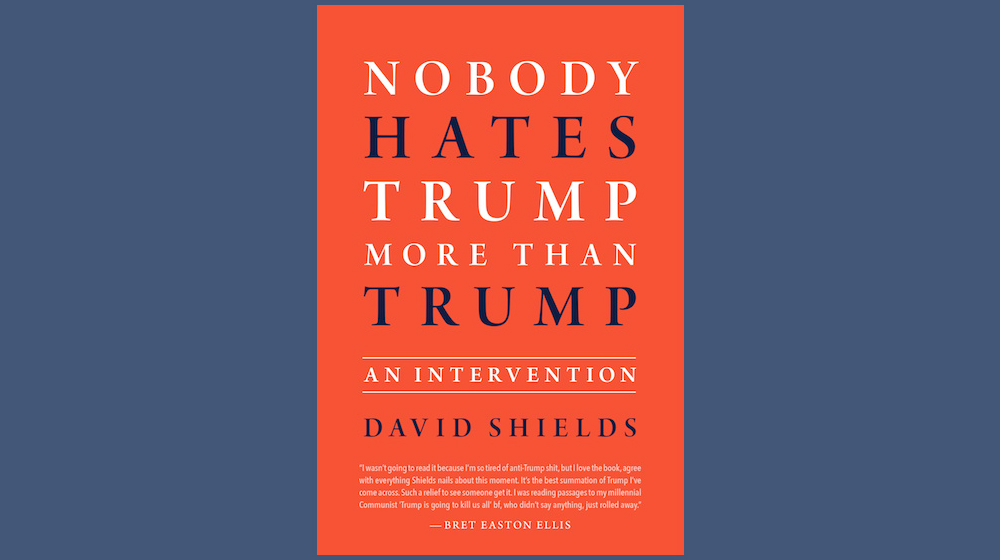