Mark Alpert, a former editor at Scientific American, packs his page-turners with accurate scientific detail. The Coming Storm is his ninth thriller, and his most political, veering into satire. Set in New York City in 2023, it shows the city drowning in floodwaters, local police battling federal troops, and a Trump-like leader mesmerizing a crowd that is being deliberately infected with a mind-altering virus. The science he depicts, he says terrifyingly, isn’t too far-fetched to come true.

An extended chase, the novel takes us on a vivid tour of the city, as well as its local pride, politics, and prisons. Scientist Jenna Khan is up against super-soldiers genetically engineered into psychotic killers. She — and her kidnapper, a renegade veteran — both win our affection as they match wits and battle for their lives.

TEMMA EHRENFELD: You open in Brooklyn as it’s being ravaged by rising seas and super-storms. Are you convinced that global warming will doom Coney Island?

MARK ALPERT: Those descriptions are based on what I saw seven years ago when Hurricane Sandy hit New York. The streets of Coney Island were awash with seawater back then, and it’s sure to happen again, only worse next time. Global warming will increase the variability of our climate, so big storms will happen more frequently. Sea levels will rise too, ensuring that the storms will devastate cities along the coast. Lower Manhattan and the southernmost parts of Brooklyn will be repeatedly inundated. Like the characters in The Coming Storm, the residents of those neighborhoods will have to head for higher ground.

Your heroine, Jenna Khan, is resourceful and consistently surprising. A genetics researcher, she’s a Muslim whose parents came to the US from Pakistan. Why did you give her that background?

Right now the most vulnerable people in America are recent immigrants. Immigrants are a self-selecting group: they’re the people who have the fortitude and flexibility to seek a better life for their families, so it’s no wonder that so many of them achieve educational and professional success in the US. A huge proportion of scientists in all fields come from immigrant families, just like Jenna Khan. Targeting and persecuting those people goes against our most deeply held American values, and I wanted to dramatize the unfairness of this prejudice in my novel.

There’s a US president in your novel who looks and acts a lot like the current occupant of the White House. Care to comment?

I began to write The Coming Storm shortly after Trump became president, and over the following months all the disturbing political events of that period seeped into the manuscript: the mass detention of immigrants, the militarization of federal policing, the vilification of journalists. The events in my novel are more horrifying than what’s going in real life right now, but I strongly believe that things will get much worse if Trump is re-elected.

You also propose an interesting medical explanation for the actions of the president in your book.

Yes, the US president in The Coming Storm is diagnosed with frontotemporal dementia, a neurodegenerative illness similar to Alzheimer’s but with more effects on speech and behavior. Researchers have found that certain genetic variations increase one’s risk of falling victim to the illness, and therefore it’s conceivable that a gene-altering treatment could slow the disease’s progress. In my novel, the president orders the government to spend billions of dollars to develop this treatment — displaying a narcissism that’s very similar to Trump’s.

I read speculation that Trump’s outbursts and odd speech patterns might actually be signs of frontotemporal dementia. It made for a good novel premise, and I had lots of fun writing my POTUS scenes!

Your rightwing White House uses gene editing to boost the combat skills of its paramilitary police forces. Is that kind of genetic enhancement really possible, or is it strictly science fiction?

It isn’t possible right now, but scientists are already testing ways to alter genes inside muscle and blood cells. CRISPR — which stands for “clustered regularly interspaced short palindromic repeats” — allows them to target a defective gene and do a cut-and-paste job to fix it. Those molecular targeting and cutting tools can be packed into viruses, which are injected into the patient. The CRISPR virus invades a muscle or blood or brain cell just like an ordinary flu virus, and then the molecular tools go to work on the cell’s DNA.

The current clinical tests focus on illnesses caused by a single genetic flaw. Enhancing a person’s motor skills or intelligence is a much more difficult task, because those traits are regulated by a multitude of genes, and scientists don’t know yet what combination of genetic changes could significantly improve someone’s agility or memory recall. But with more advances in genomics and bioengineering, researchers will eventually learn how to upgrade human abilities.

What about using this technology to make people more obedient to government authority, a very creepy idea that’s also described in The Coming Storm? Is that going to happen too?

Making people super-obedient might actually be easier than making them super-intelligent, because scientists have already identified some of the genes associated with tameness. The clues are in the DNA of domesticated animals, which have been selectively bred for thousands of years to make them more docile. In one experiment, researchers compared a group of lab rats bred for tameness with a much more ornery horde of rats bred for aggressiveness. When the scientists examined the animals’ DNA, they found significant differences in two locations on their chromosomes. (The locations were labeled Tame-1 and Tame-2.) If human beings have a similar genetic mechanism for regulating tameness, then the modification of those genes could become a high-tech method for curbing rebellion and crushing dissent.

More information about the science behind The Coming Storm is available on my website.

Doesn’t your wife have a job at Green-Wood Cemetery, the scene of one of the shootouts in your novel? I had to laugh when you put all that combat in the Higgins Mausoleum. Did she love it?

Lisa was mostly worried that I’d make her cemetery look bad. The Higgins Mausoleum is right next to the statue of Minerva, which is situated on the hilltop in such a way that it’s facing the Statue of Liberty, visible in the distance. The hill was a strategic location for Washington’s forces during the Battle of Brooklyn. All this information, alas, didn’t make it into the novel.

Is there anything else you’d like us all to know that didn’t make it into the novel?

I interviewed Trump way back in 1989, when I was a reporter for Fortune magazine and he was facing serious financial problems with his casinos in Atlantic City. Trump assured me that he had enough cash on hand to stave off bankruptcy, at least a billion dollars. He faxed me a letter from his accountant to back up his claim, but the statement said he had only $700 million in cash and marketable securities, and it was a year old besides. I contacted his office again to ask about the discrepancy, and his secretary promised that Trump would call me right back. Thirty years later, I’m still waiting for that call.

Temma Ehrenfeld is an independent journalist reporting on psychology and health. Her work has appeared in The Wall Street Journal, The New York Times, Newsweek, Reuters, and Psychology Today. 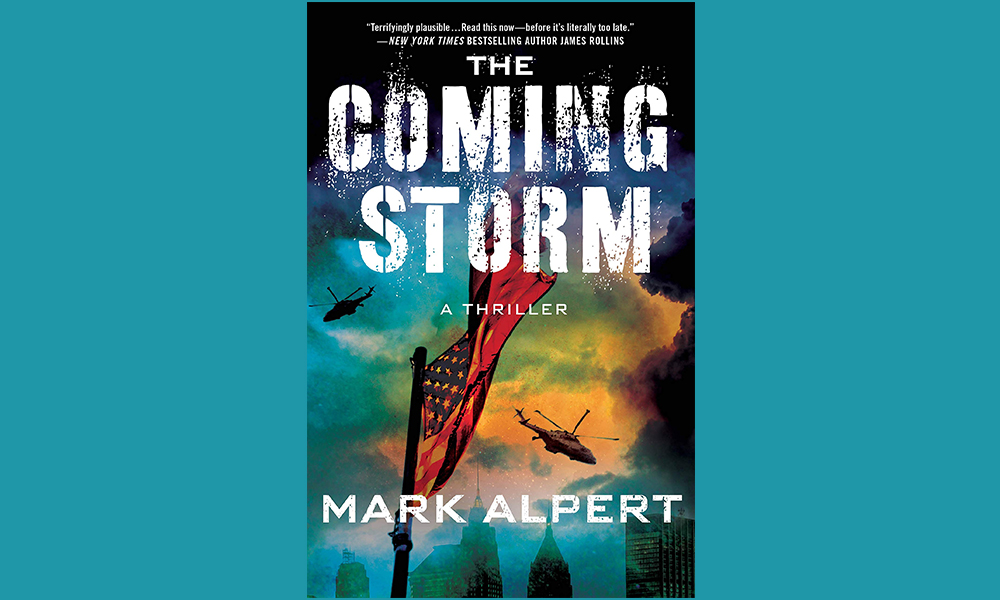