Now playing at The Wallis Theater in Beverly Hills: Sisters in Law, a smart new play about the relationship of the Supreme Court’s first two female justices, Ruth Bader Ginsburg (Tovah Feldshuh) and Sandra Day O’Connor (Stephanie Faracy). Playwright Jonathan Shapiro is a LARB contributor, but he doesn’t let that stop him from teaching at UCLA Law School, co-creating the Amazon Prime show Goliath with David E. Kelley, or writing for NBC’s The Blacklist and on the upcoming HBO series The Undoing. A former federal prosecutor, Shapiro kindly answered three questions about his play.

LAURIE WINER: Your play pits two ways of addressing injustice — slow, steady and politely versus urgent and direct — as embodied by Sandra Day O’Connor and Ruth Bader Ginsberg, respectively. I thought I detected your own preference, which I would say is the latter. Could you tell us something about where you stand and why?

JONATHAN SHAPIRO: I’m a big talker, but the truth is, I’m more of an incrementalist. From 2000 to 2006, I served as a State Senate appointee to the bipartisan Commission on California Government Organization and Economy (“The Little Hoover Commission”), including a year as its Chairman. It’s a good government state board created by Pat Brown to address intractable policy issues. With neither the responsibility nor the authority to actually change things, our entire influence depended on the quality and logic of our reports, and the power of people on both sides of the political aisle to come up with reasonable solutions — which meant compromise. None of our recommendations changed the world. But while I was there, our suggestions on how to address prison overcrowding, water shortages, infrastructure challenges relating to green energy, and the need for pension reform actually became statutes and policy. None of these were silver bullets, but they made the world better. Slowly. It isn’t as cathartic or dramatic as demanding direct change (which probably is my instinct). But it does move the ball down the field, which is something.

Can you tell us what you made of the Brett Kavanaugh televised hearing?

In terms of needlessly cruel and tawdry national spectacles, it ranks up there with the Army-McCarthy Senate Hearings and Thomas Confirmation. Having testified before the US Senate once myself in 2000 on an espionage case I prosecuted, and having worked as a special assistant for then Attorney General Janet Reno during the Waco Hearings, I’m never surprised by the ham-handed, bloviating absurdity of our legislative branch whenever it goes on TV pretending to be the judicial branch.

Audiences seem to noticeably enjoy the experience of hearing rational and responsible people debate the nature of justice in your play. Do you think Sisters in Law is addressing a specifically current need or hunger?

People really do seem to enjoy it! I hear it all the time. Which gives me hope. If you give people what they want but aren’t getting, you’ll be a hit. In a world of hysterical cablenistas and screaming meanies, a sincere disputation between smart people who actually listen to one another as they try to find the right answer feels radical, innovative, and exciting. The body politic is starving for more nutritious debate. Democracy dies without it. These two women were champions of it. We’re all sick of screaming, violent spewing. We want honest, hard-fought, fact-based, fair discussion. You can feel it. 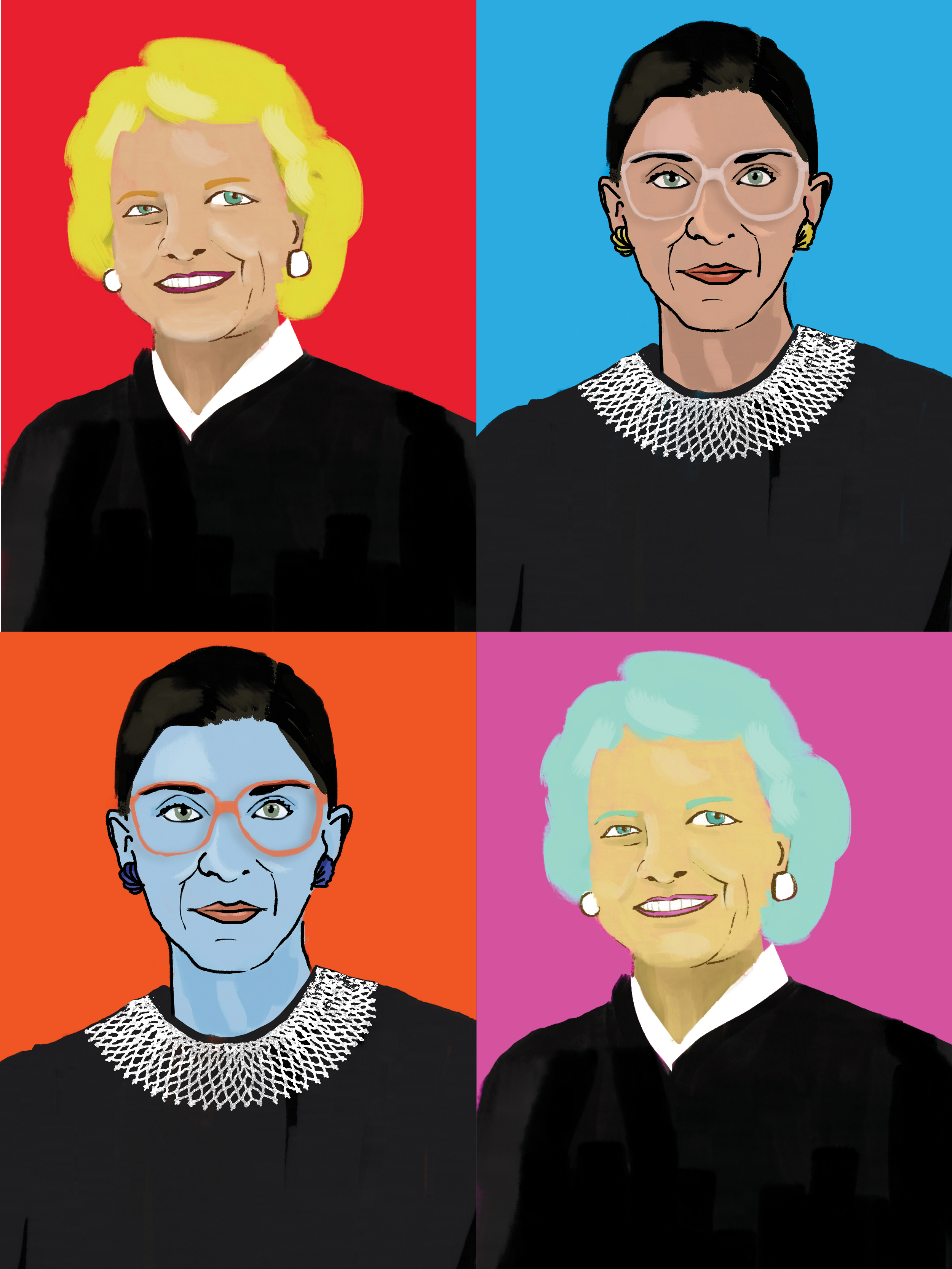