In November 2017 I published ANTHOLOGY: The Ojai Playwrights Conference Youth Workshop 2006-2016. As the title hints, it is a collection of writing by the teens with whom I have worked as Associate Director of the annual summer symposium that gathers together revered playwrights, directors, dramaturgs, and actors for a week-long immersion in the creation of new theatrical works.

A requirement of my MFA in Creative Writing program at Antioch University Los Angeles is a Field Study, where students engage with the community at large in a literary capacity of their choosing. My choice was to bring these voices, these words, to the forefront, lest they fade into the ether. Such is the oft fleeting nature of theatrical forays: there, lived, received, then put to bed, not captured for all time as it is in film or television. Each year, under the tutelage of Program Director Kim Maxwell, a co-founder of the Ojai Playwrights Conference, the willing teens write, edit, rehearse, and perform singular, affecting works. The collection is a selection of those writings.

Two of its young authors, Lily Brown and Saul Gordillo, engaged in conversation about their experiences as participants, and as early practitioners of the craft. 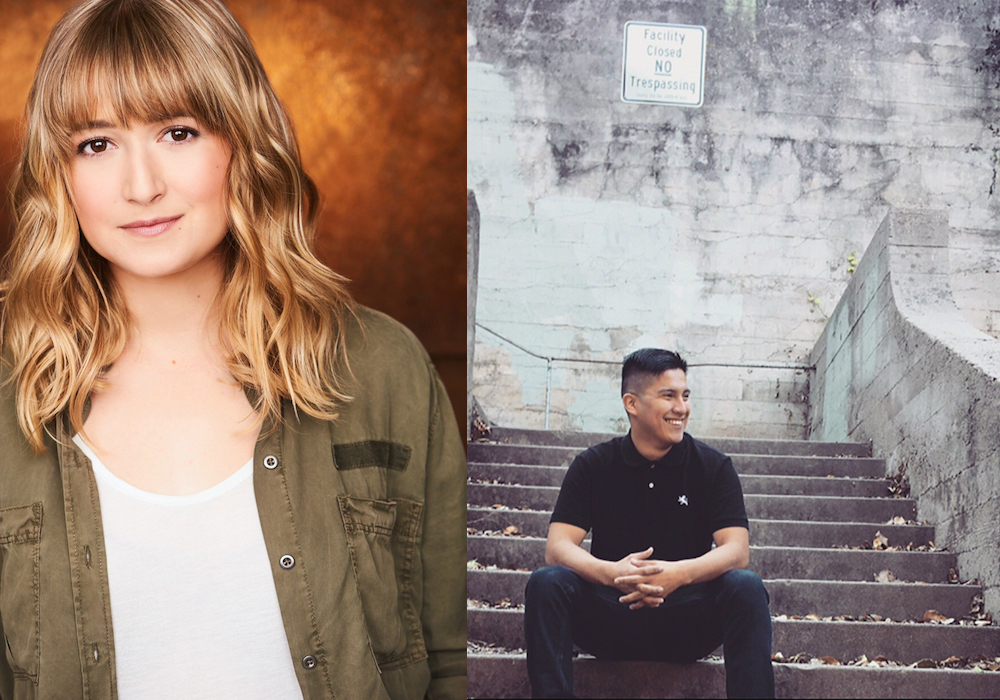 TIM CUMMINGS: How did you get involved in the Ojai Playwrights Conference, and for how many years did you participate?

SAUL GORDILLO: I got involved with OPC with my long-time friend Emilio Uribe, who is also in the anthology. Originally I said no, but he insisted and as a result I became involved with the OPC Youth Workshop and was a participant for four years. I loved every moment of it.

LILY BROWN: My parents are two of the original founders of the Ojai Playwrights Conference so I have been fortunate enough to be in, on, and around the conference since I was about five years old. I jumped at the opportunity to be in the Youth Workshop as soon as I was 13 and I simply couldn’t get enough. I participated every summer until I started college at which point I graduated into the OPC Intern Program.

During your years as a participant, how did you change as a person or grow as an artist?

GORDILLO: I was young and needed an outlet to release the anger and sadness I felt inside. I feel like it shows in my work. I learned it was okay to feel the way I did and that expressing it in writing allowed me to let go of it all and leave it on the page. The growth I experienced as an artist showed me I could finally take care of myself and eventually led me to realize I needed time away from the familiarity of Southern California. This eventually led me to venture to the east coast, where I bounced around for about half a year.

BROWN: OPC helped me figure out the kind of artist I wanted to be and gave me tools to get there. Each year, before OPC started, I would work on myself as a writer, actress, and advocate for social justice with Kim Maxwell (my mom), a complete theater badass, in her private classes and continued to study drama in school. When we would begin, however, everything I thought I’d learned about myself as an artist in the year between workshops would be blown to pieces because I would sit, mouth gaping, listening to the incredible artists that came by to work with us. This, coupled with Kim’s loving support, encouragement and coaxing would leave me feeling more inspired and excited to develop myself for the next year.

Did you know when you started the program that you wanted to pursue a life in the arts? Or did that perhaps come upon you during your time at OPC? Or, to play devil’s advocate, did you have a change of heart and maybe decide, “This is not for me”?

GORDILLO: Writing will always be a passion of mine. Without it I don’t think I would have grown to be the man I am today. When I started OPC I didn’t think I would be good at writing, nor that it would be something I would like doing, and in the years that followed writing was all I wanted to do and be. As an adult I’ve changed my goals but not my passions.

BROWN: I think it’d be easy to say that I was practically bred to love the arts. I was fortunate enough to be surrounded by really great work from a young age and that’s really what inspired me to want to be a writer and actress. Along with that, I’ve bared witness to the incredible effects of great storytelling and that’s what has sustained my motivation. Stories, to me, feel like connective tissue. They bring us closer together and show us the places where we, as people, are the same.

Lily, you pursued playwriting in college — was the OPC responsible for that? If so, how did it prep you, and once in college, what was the most surprising thing you learned that was different from OPC?

BROWN: I think OPC was partially responsible for my playwriting path in college, definitely. You meet so many amazing, impressive, articulate writers. Yet, I’ve always had an inherent drive to study drama and plays, to work with words and I’m not really sure where that comes from.

Something I learned in college that I never really got at OPC was that I didn’t have to take every single thing I was taught/told and incorporate it into my writing. In college I was faced with teachers I loved and was absolutely obsessed with, and then some others with whom I never clicked. During those four years I realized that feedback was important and useful, but it wasn’t law.

Saul, your words have always contained a rallying cry. Your poetry and prose are redolent of both aggression and serenity. How do you strike that balance?

GORDILLO: I am a first generation child of two wonderful parents born in South America, but my father had to work so much that I barely saw him as a boy. As a result, I used this as an excuse to hang with the wrong crowd. I ended up in situations that are referenced in my writing. “The Kids Aren’t Alright”, which is published in the anthology, was written through the lens in which I saw the world. I tended to be codependent in my relationships and felt like I needed someone to be by my side or I would fall into an abyss.

I developed a cigarette habit before the age of 18 and was expelled at the age of 16…all of that contributed to my aggression and resentment. My serenity came from knowing that I am resilient, and that no matter what my situation is, I will make a difference. Since then my life has spun 180 degrees, but it still is a huge part of what motivates me to get involved and give back to the Latinx Community.

What words of advice would you give to youngsters who are interested in starting this program as young as you two did? Similarly, if you were going to run a program like this today, how would you approach it, as a writer-teacher? And what message, or lesson, would you want to impart?

GORDILLO: Do it. Even if you aren’t a writer or think you aren’t. It will teach you a lot about yourself, and is one of the most fun things I experienced as a teenager. Tim Cummings and Kim Maxwell were really a blessing. I honestly don’t know how I would approach it as a teacher, I don’t think that’s a skill I possess but I would do my best to embody what was taught to me in the OPC Youth Workshop. I would tell my students to tell their truth and their story as loud as they can.

BROWN: This is such a huge question! If I were talking to a super youngster who’s interested in the workshop I would say: DO IT, GO FOR IT, YOU WON’T REGRET IT. But be ready to have your ass kicked.

And what I would want to impart on the word-nerds of the future is that their stories are important and that they matter. There’s bad material and worse material and sometimes, as an artist, you have to be prepared to come up short of your expectations and the expectations of your mentors or teachers…but if the arts are what you’re drawn to, then I don’t see any reason in hell to stop. Keep going, keep growing, keep working, keep finding inspiration, and as mammoth playwriting titan Terrance McNally once said to the OPCYW, “Keep working with people who are better than you.”

What did it feel like when you found out your words would be published in an anthology? Especially words that were written, in some cases, a while back?

GORDILLO: It felt unreal, I’m a published author and it’s a trip for me. Yes, things have changed since I’ve written my pieces, but the words are now available for the world to read. A part of my story, it’s an honor. I want my words to inspire other youngsters who might be experiencing the same stuff.

BROWN: More than anything I was EXCITED. So excited. Like, WHAT? HOW. WHO? WHY. That was pretty much my brain for a month. Then, of course, being the nervous ball of anxiety that I am, I started to get self-conscious. Realizing that my words would be printed. Forever. In a book.

And then when I actually saw it in the flesh, I was incredibly proud. My piece, “Psalm 43+1” is probably one of my top three favorite things I’ve ever written and to see it printed in a book was really something special. Then I read “Rosa!” and kind of cringed. I wrote that piece in high school when I was still learning a lot about myself and social justice, but without giving myself too many excuses: I think the piece is insensitive at best and outright offensive at worst. And I’m embarrassed.

But after sitting with my feelings about it, I feel like it’s actually kind of important to have it in the anthology because I think it really accurately paints a picture of what my growth looks like, as a writer and as a person. Ten years ago I was this way; six years ago I was this way; now I am this way. I don’t want to excuse myself for the things I wrote, but it’s also not fair for me to hide things that I didn’t like about myself just so I feel comfortable. And maybe I’m over-thinking it but, hey, that’s my specialty.

Overall I feel absolutely honored to be published, especially in this anthology, compiled and edited by Tim Cummings, who I admire more than I can ever even say. And also especially this book, because now I sit, in print, amongst a collection of amazing writers. And also because of this book and what was published in it, I feel really proud of the writer I am today.

Publishers Weekly recently featured the anthology in an exclusive article. Read about it here. 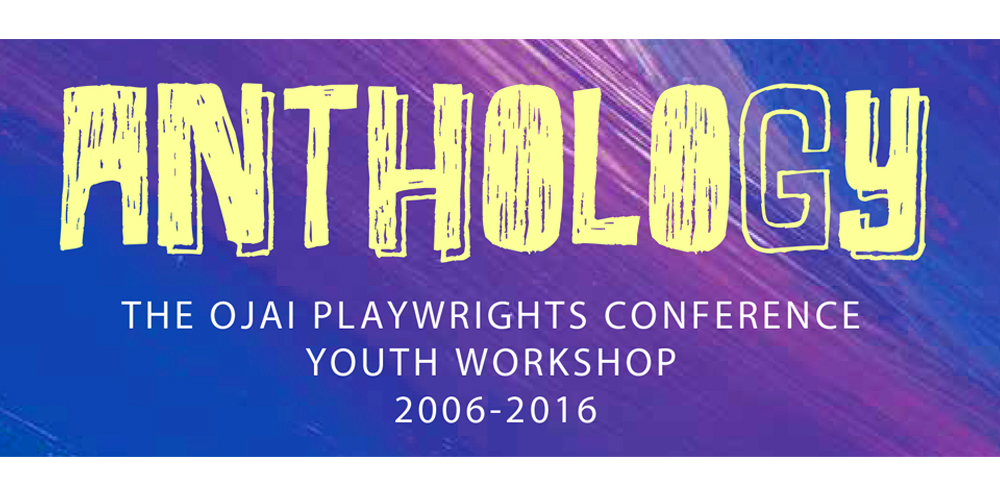