Jemima Kirke isn’t shy about sharing her opinion. When I meet the London-born actor and artist at the South by Southwest Festival in Austin, Texas, she is busy promoting the premiere of her zany new relationship comedy Wild Honey Pie!, one of several films she has in the festival pipeline this spring. But it doesn’t take long for Kirke to detour toward a more contentious topic: how the #MeToo movement contributes to a culture of censorship and silencing.

Kirke became a public persona somewhat begrudgingly back in 2011, when she agreed to star in a progressive HBO series called Girlsat the behest of her longtime friend Lena Dunham. Nearly instantly, the show enthroned Kirke (who plays Jessa) and her band of bohemian Brooklynites as millennial royalty. Since then, Kirke has put down tangled roots across the art world — working by turns as an actor, painter, and video girl for a varied slate of singers including Zayn Malik, Alex Cameron, and Mick Jagger.

In Wild Honey Pie! Kirke brings her trademark tattoos and unfettered creative energy to the role of Gillian, a restless playwright who teams up with her dweeby husband to stage a Shakespeare festival on the Welsh seaside. Written and directed by Jamie Adams, the chatty indie proves a natural fit for Kirke, who renders her roles so organically that it’s easy to conflate her chaotic onscreen presence with her personality in real life. Instead, the Kirke seated before me in red platforms and a denim jumpsuit meditates on her work and our feminist moment with clear-eyed composure and shrewd critical conviction. But fortunately, impropriety peeks through the poise — the free spirited Brit slips more than one “fuck” into the brief exchange.

Gillian seems like such a fitting character for you — she’s an artist, and she’s so unapologetic. What drew you to the role, and how did you go about bringing her to life?

It’s funny, I didn’t even realize who she was until I saw the finished thing, because I was just taking each moment and each scenario and doing with it what I thought should be done with it. And I realize that’s a testament to Jamie’s vision. What we’ve ended up with is a real oddball person. She’s the loudest person in the room — not in volume — and she’s a bit childish. But I always thought of her as quite scholarly. She is very smart. I know where she went to school and all those things, and I know that she’s read every Shakespeare play but she hates Shakespeare. She’s just one of those people who offers her opinion on something before she’s even been asked, or before she even knows what she wants to say, and that’s how I am sometimes as well. I respect this about people. I think it’s okay to say something that you don’t necessarily always stand by. We’re just figuring it out — what we think and what we mean and what our opinions are. This is one of the reasons I’m disappointed in this scolding culture we’re in. Everyone having to be completely married to every word they’ve said I think is unfair and is kind of inhumane. You can change your mind. Smart people change their mind.

There also seems to be a fear right now of a kind of groupthink, or being held to prescribed ideas without space for nuance.

The most basic way I can explain it is religion. If you believe something collectively as a group, and there’s no exceptions to that rule or that belief, then that’s a sort of religion. And if there’s no such thing as a gray area then there’s no conversation. I believe in talking about things and intellectualizing things — and I know it’s not always about that, but I don’t know why people today are so black and white about things. It’s odd to me, and it’s scary. It is really scary that we’re being silenced. This is one of the things I love about Lena [Dunham]. Lena is not fit for this world right now. Like she’s just not a good fit. Because she says what she’s thinking about and what she’s exploring, and she hasn’t necessarily thought it all through yet. We’ve chosen Lena as our go-to person to sort of hate, to see what her opinions are and then tear them down. Everyone’s upset with her for constantly apologizing, and I’m like, well why can’t she take something back? I mean, I’m upset that she keeps apologizing. I don’t think she fucking should. But I don’t think it’s a flaw to change your mind and say, “yeah, that was wrong.”

Especially today, when paradigms are shifting so quickly, it seems right to take this as an educational moment.

In the film, one of my favorite scenes is when your character goes to give her husband a blow job and he stops her. That kind of impotence or reluctance in a man — with the woman being the more desiring one — isn’t something you see in movies very much.

That was all Jamie’s writing. One thing I love about Jamie is he’s so specific with the details of the characters and of the story. Like the fact that they started a Shakespeare festival, and that he’s a DJ, and that the husband doesn’t like sex. I’m like, how did you think of this? And I love it. I think the most interesting stories are the ones with the most specifics. Somehow the more specific you get, the more reachable it is. For everything — a piece of writing, or a movie — when something’s general it doesn’t affect us. If you’re thinking of a Diane Arbus picture and the details in it, those things make it so accessible to us. But if you’re taking a picture of just a still life without a perspective or angle on it, we can’t relate.

It feels more true to life or authentic somehow.

Yes, because our lives are so contradictory and so strange. And that leads back to what we were saying before — that you can have contradicting beliefs and that’s okay. You can have things in your life that make you hypocritical. No one’s allowed to have two things be true at the same time anymore, two opposing things. Like that you can be a feminist and also not be part of this #MeToo movement.

You’ve also explored some of that in your painting. Your most recent series seemed to really grapple with conflicting feelings toward marriage. Is that something you see as a throughline in your work?

That’s funny, I hadn’t thought of that with the paintings. But yes, I think what was interesting to me about that project was the beauty of the dress and the commissioned style, but also having a sense of humor. I have an angle on it that is a little bit cynical. The irony of a white dress, the irony of a wedding itself is a little insane to me. If we’re going to call people hypocrites, I’d love to call out weddings. And I have no problem with them. I fucking love a wedding. I have no problem even with marrying someone that you know you won’t be with forever. I think people don’t want to admit that they are feminists but they bought into the white dress, and the role of husband and wife, and the father giving you off to your new man. It’s okay that we want to do that. But let’s acknowledge that we’re human and that we bought into it.

What’s next for you — painting, acting?

Both. I just want to keep making stuff. I don’t know where that will go. I always think of Laurie Anderson. I try to remember people like that and tell myself, you can do whatever you want. It might not make you money, and it might not be very good, but you can. 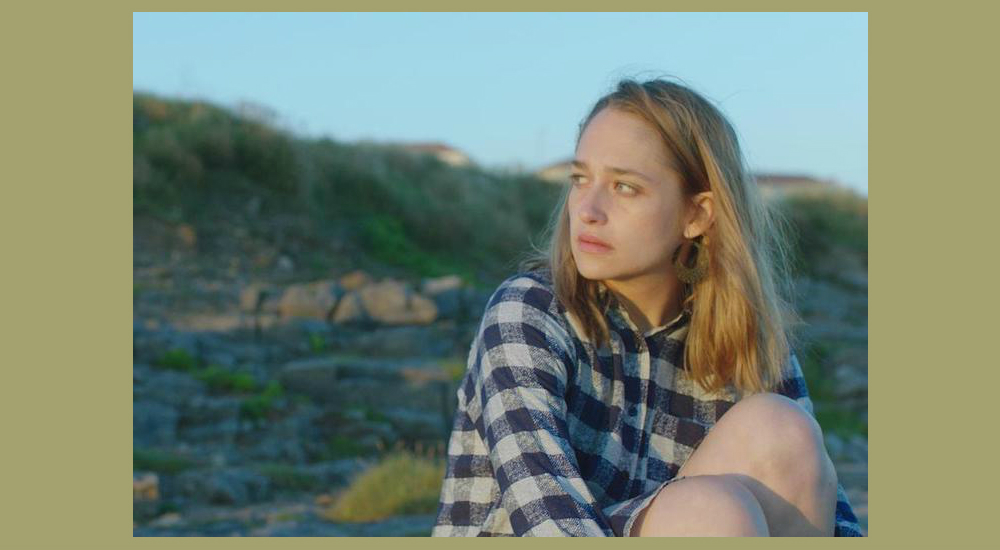