Shenila Khoja-Moolji is Assistant Professor of Gender, Sexuality and Women’s Studies at Bowdoin College. We sat down to talk about her recent book, Forging the Ideal Educated Girl: The Production of Desirable Subjects in Muslim South Asia, and the contemporary politics of girls’ education and empowerment campaigns. The book is available for free download here.

HUSSEIN RASHID: Why did you decide to write a book about Muslim girls and their education? And why Muslim South Asia?

SHENILA KHOJA-MOOLJI: I had been researching and writing about the convergence on the figure of the girl in international development policy and practice for some time. I noticed that many development campaigns portray girls in the Global South as not only threatened by poverty, disease, and terrorism, but also as holding the potential to resolve these problems.

Education is often presented as that the primary social practice that can enable girls to re-shape and re-invent themselves. The argument is that if girls go to school, they will delay marriage, child-bearing, enter the workforce and pull themselves, their families, and nations out of poverty.

So, I wrote about how the burden of development and ending poverty was being shifted onto black and brown girls, without any due consideration to how poverty is political and an effect of historical relations. I argued that girls are called on to re-shape themselves into flexible labor for the neoliberal economy, and we find limited critique of capitalist and racist exploitation that leads to displacement and dispossession in the first place.

I also inquired into the kind of girlhood that is portrayed as being desirable, noting in particular that models of “successful girlhood” are often premised on white, middle-class sensibilities. Girls who, due to structural disadvantages, cannot enact this form of girlhood become the specter of failed girlhood — they are often called “at-risk” or “traditional/backward” girls.

However, as I did this research, I was also reminded of how the enticement of the figure of the ‘educated girl’ is not a new phenomenon. We find similar writings about women’s education during the eighteenth and nineteenth centuries in colonial India as well, where colonial administrators, Christian missionaries, as well as Muslim social reformers — for different reasons — claimed that education would save, civilize, reform native women.

So, in the book, I decided to track these myriad articulations of the figure of the ‘educated girl’ in the context of Muslim South Asia during the last 100 years or so. In a way, I wanted to discover her allure and promise.

Middle class aesthetics of course differ and change over time — so a key contribution of the book is to show how discourses on girls’ education have always also been about establishing, securing, and reproducing class boundaries. This meant that educated girls were invited to learn specific things and not others in order to secure their families’ social status. Similarly, restrictions on their mobility, participation in the labor force, and performances of piety can also be linked to expression of middle-classness. In the book, therefore, I discuss how it is crucial to pay attention to social class; that there are different expectations for girls from different economic backgrounds.

As we move to the early decades after the political establishment of Pakistan, we continue to find articulations of ideal educated women and girls but this time the discourse is also linked to discussions about nation-building, modernization, development, and the role of Islam in the new nation. In particular, women are idealized primarily as “mothers of future citizens” or as “daughter-workers.” I show in the book how women are invited to join the labor force but their participation is circumscribed as they continue to be cast as “ideal caregivers” and daughters, which subsumes their work within the frames of familial and national welfare.

One of the contributions of the book is to show how we have moved from “Muslim woman” as a figure that should be saved to the “Muslim girl.” Can you say more about that?

Yes, one of the lines of inquiry that the book traces is how over the course of the twentieth century “the girl” crystalizes as a key figure for reform, investment, empowerment, and saving. The book shows that whereas during much of the nineteenth century it is the composite figure of the Muslim woman/girl who is to be civilized, rescued, and educated, this figure gets disaggregated over time into the figures of the “Muslim woman” and the “Muslim girl,” with the latter rising to the forefront by the turn of the twenty-first century.

I explain that this shift is taking shape in the context of the rise of mass schooling as well as the peculiar preoccupation of the international development and aid regime with the figure of the girl. Also, crucial to the convergence on the Muslim girl is the increasingly common representation of Muslim women as the new “suspect.” It is only recently that Muslim women are being portrayed as embodying the same type of “threat” that Muslim men have represented for a long time. And so, the Muslim girl is now emerging as a competitor for the salvific rhetoric previously associated with Muslim women.

As you go through your various education reforms and systems, you point out the ways in which Shi’ah communities are marked as different. Yet, there also seems to be a difference in how education is treated in Shi’i communities. Do you think there is a conceptual difference as to how Shi’i and Sunni communities approach and understand the purpose of education in Pakistan?

In relation to the particular Shi’ah community that I worked with, there is definitely some sense that the purpose of education needs to be beyond material accumulation for one’s self or individualized advancement. However, as the book shows, my participants get caught up in a system that articulates education in very narrow, economic terms, whereby education is a pathway to the workforce. This trend is visible globally. Joel Spring, for instance, calls it the economization of education. We therefore would benefit from a rethinking of the meanings and purposes education; perhaps, as some scholars of education have argued, excavating epistemologies of the (Global) South in order to decolonize dominant meanings today.

Your empirical study with girls in Southern Pakistan shows how schooling can make girls from low-income families and also those who are from religious minority backgrounds more vulnerable. What advice would you have to policy makers and practitioners in the field of international girls’ education?

The book calls on practitioners and advocates of girls’ education to avoid abstracting girls and their education from broader concerns related to social class, domestic and foreign politics, and missionary impulses of international development. It problematizes education’s emancipatory promise by showing how schooling can reinscribe old hierarchies and/or produce new ones. Hence, any effort towards girls’ education must account for the entrenched and systemic subjugation of girls and women across multiple social spaces. Otherwise, schooling and its attendant rewards of participation in the labor force only add additional burdens to the lives of girls.

The political stake of this book, then, is to rally allies who are interested in empowering girls to not simply focus on education and waged labor, but to also critically analyze the underlying conditions of women’s subjection — a move away from the service-delivery model and toward a more politicized feminism. 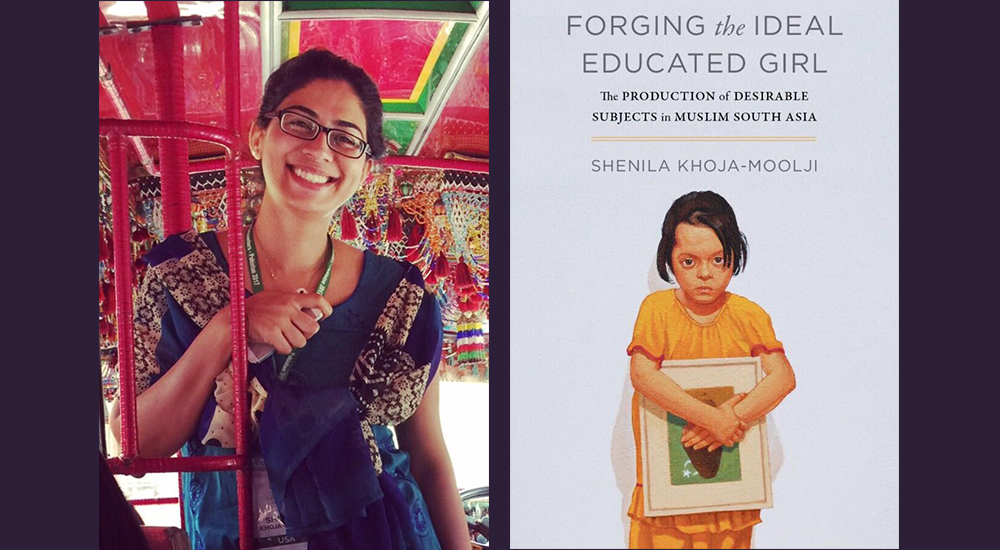