Jeff Jackson’s latest book from FSG Originals, Destroy All Monsters: The Last Rock Novel, tells the story of a violent epidemic wherein audience members are murdering musicians across the country during their performances. Though the book is very much its own entity — including a bifurcated cassette-style, A-side/B-side structure — it also resonates deeply with the unique, poly vocal narratives in Mira Corpora and Novi Sad. In a series of emails with Jackson, we discussed his cultivation of the dramatic rhythms, drones, and explosions within his book’s highly original soundscape.

MEGHAN LAMB: Destroy All Monsters titillatingly bills itself not only as a rock novel, but “The Last Rock Novel.” Herein, the subjects of rock and roll are broadly defined, including everything from hometown bands to noise musicians to garage rockers to bluegrass revivalists. Without revealing too much of your book’s precisely cultivated intrigue, I’m curious to hear what this term “rock and roll” means to you, and how its meaning may have morphed in the course of imagining this book.

JEFF JACKSON: Rock and roll is a bit of a catchall term at this point. To play off that old joke about pornography, I feel like you know it when you hear it. While the book focuses on rock bands, it felt important to cast a wider net in terms of the music affected by the epidemic of violence. That’s why it touches musicians who play bluegrass, electronica, hip hop, afrobeat, etc. I didn’t want the reader to think I was simply nursing a grudge against shitty punk bands.

Rock seems like it’s outlived its cultural relevance, but I wonder if that’s happening across all the arts right now? In many ways, digital culture seems to be smothering the ability of all sorts of art forms to signify and rewire the cultural landscape the way that happened in decades past.

As someone who has lived in a number of post-industrial towns, I’m fascinated by the uncanny, dilapidated landscapes of Destroy All Monsters, filled with former work buildings that have been repurposed into different functions. Specifically, you generate a lot of interesting tension between the holy, sepulchral quality of a space — such as the theater where Shaun’s band played their final performance before he was shot — and the reality of its left-behind detritus — the bits of garbage, wrappers, and broken bottles from audience members who fled the scene. Why did you choose to set Destroy All Monsters in a post-industrial environment? What role does this setting play in cultivating the novel’s atmosphere?

I was drawn to the post-industrial environment partly because cities like Arcadia make up so much of the country but they continue to be overlooked. They can incubate tightly knit music and art scenes, but at the same time they tend to make people feel like their options are stunted and circumscribed. All this felt right for the characters, especially once they’re dealing with the fallout from the epidemic.

Like you, I’m fascinated with desolate and half-abandoned landscapes — I grew up in Aruba playing in the ruins of a hospital and army fortifications leftover from WWII, so these spaces feel very familiar to me. But I didn’t want the entire book to live in that setting, so I purposefully alternated the city scenes with ones in the woods. Once the characters were in nature, it was interesting to see how it shifted their personalities and possibilities.

On the subject of atmosphere and uncanniness: your book itself cultivates an almost musical rhythm. This rhythm flows between sentence-level repetitions, conversational white noise — humming, mumbling trains of thought, the acoustics of body language — and the greater, structural rhythms you establish with the many-layered sections of this books (such as the reoccurring black-pages titled “The Birds”). I know that you enjoy contemplating the many potential structures that can create a book (or a book can create?), and your social media accounts are filled with visuals for “possible novel structures.” How did the structure of this novel take shape, and how was that structure informed by sound?

Structure always takes shape slowly for me. I like thinking about the almost infinite possibilities of novel structures partly because it inspires me to keep my options open while I’m struggling to find the proper shape for a story. Destroy All Monsters took so many different forms over its countless drafts. For instance, I didn’t even hit upon the idea for “Side B” until well after the main book was finished. The opening of Side A was the very last thing I wrote and I shifted the original opening to much later in the book.

I’m glad you felt the book’s musical rhythm. I treated the short section breaks in each chapter like music, trying to create shifts in sound and rhythm. Same thing for the parries of dialogue between the characters. The overall heartbeat of the book was important to me and it sometimes meant that I had to work within the structural rhythms I’d already established.

Theater director Peter Brook has a wonderful quote that I think about a lot while I’m revising: “Until the moment of incandescence, all forms are theoretical.”

Because the characters in your novel are musicians and performers, they necessarily do and say a lot of dramatic, over-the-top things. I feel like you do a great job of mitigating some of that over-the-topness with moments of self-acknowledging humor, moments wherein you give an authorial wink to the audience like, “can you believe these guys?” Of the same merit, though, Destroy All Monsters seems to elevate the earnestness of these performers, and there are a number of moments that hover uneasily between comedy and tragedy. There’s the moment, for example, when Florian exclaims, “If we can’t laugh at our own deaths, what can we laugh at?” And Derek D. responds, “But you’re not laughing.” As a songwriter and musician, do these moments correspond with your own perspective on performing?

I like moments that are hard to read emotionally, whose tone might shift when you re-read them. That unstable mix of feelings is generally true to my experience of life, though it’s certainly heightened in a performance setting. My experiences as a performer are more in theater than music, but in both singing and acting you’re constantly making split second judgments and chancing making a complete fool of yourself in front of an audience. A heedless sense of risk is usually a bonus in those roles and I’ve seen how it can bleed into people’s off-stage personalities.

I also suspect that being overly dramatic and running up against your own ridiculousness is part of being a young artist of any stripe. Your image of yourself often seems out of whack because you haven’t been able to create the art to back your pretensions. I have sympathy for that, especially when I think back on myself and my friends when we were younger. But it can also be genuinely funny. Even in dire circumstances like what’s happening in the novel.

Destroy All Monsters develops a strong through-thread — maybe even a philosophy — around the toxic quality of mediocre musicians, going so far as to align them with an “epidemic” of poisoning sound. As both a musician and a writer, does this “epidemic” speak to any of your personal anxieties about the sounds (musical or otherwise) you’re putting out into the world?

That philosophy mainly comes from the character Xenie and while I respect her point of view and the path that leads her down, it’s not my path. If it were, this novel probably wouldn’t exist.

However, I share her anxieties about what I’m putting into the world artistically. I think all artists should be anxious about that. Is what I’m doing worth someone else’s time? Does it feel necessary or is it simply adding to the already deafening noise of the culture?

Julio Cortázar didn’t publish anything until he was almost 40. He was constantly writing and making honest efforts, but he felt it was important to wait until he had something truly worthwhile to share. I have a lot of respect for his dedication and restraint.

I’m currently wrestling with this in terms of music. I didn’t start writing songs and performing until after I finished Destroy All Monsters — a counterintuitive move. I fell into the situation and enjoyed it so much that I’ve kept pursuing it. Sometimes, I wonder if I joined the band in defiance of the novel I wrote.

My band Julian Calendar recorded an album that you can stream or download, but we purposefully haven’t pressed anything physical yet. We’re holding out until we have something that feels special enough for that. I definitely believe in taking the risk to make art, but that risk alone doesn’t justify the results. 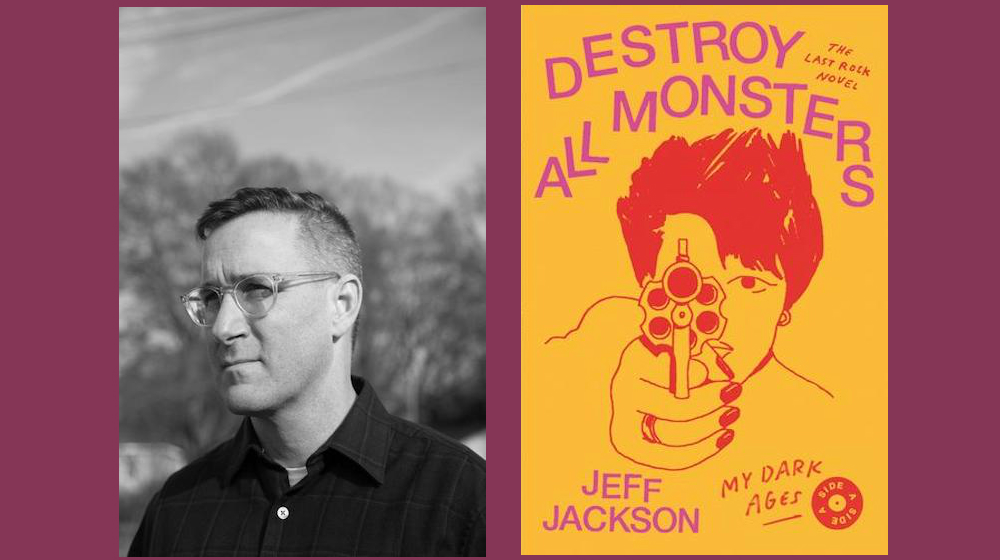