Crystal King is an author of historical fiction, with a specialization in Roman history and the food of the time. Her book, The Chef’s Secret, is set in Renaissance Italy and centers on the story of a real-life Italian chef and cookbook author. It’s the story of Bartolomeo Scappi, who was the cuoco segreto (private cook) to several Popes. When his cookbook, L’Opera, was published in 1570, it became the world’s best-selling cookbook for the next 200 years.

Stephanie Storey is a television producer and writer, whose novels also take place in historical Italy. Storey and King corresponded about the art and food of the Renaissance, Rome and Florence, luxury and excess, rich patrons and poor artists.

STEPHANIE STOREY: We both write historical fiction set in Italy. I focus on art while you focus on food. I first fell in love with Italian culture, history, and art while studying at the University of Pisa during college. I became so obsessed with Michelangelo that I went on a pilgrimage to visit every piece of his art I could find. What about you? How did you first fall in love with Italy? Please tell me you went on some pilgrimage eating your way across Italy. I imagine you eating every delicacy the Italians have ever served up, and I’m jealous.

CRYSTAL KING: I would love to do just that! Except that my food journey began on the pages of a book — Apicius, a cookbook compiled in the third or fourth century and named after the Ancient Roman gourmand who serves as the main character in my first novel, Feast of Sorrow. Most of the food from that book is not easily found (or palatable) today. But in researching my book, I knew I had to go to Rome and walk in the footsteps of my characters. From the moment I arrived, I felt like I had come home. And from there it began, a desire to know everything I could about the country and its food! I travel there now at least once a year and one of the best parts is discovering new flavors and tastes in every region, in every city I visit. It really fascinates me how many Italian dishes of today have their roots in ancient and Renaissance recipes.

And Rome! What a city! Both Feast of Sorrow and my forthcoming novel, The Chef’s Secret, are set in Rome. Your first book, Oil and Marble, was primarily set in Florence, but doesn’t your latest take place in Rome? And I know that all roads lead there, but tell me which road you took.

Yes, the new book that I’m finishing up is set in Renaissance Rome. The first time I visited Rome, I was struck by the layers of time in that city, buildings built atop buildings atop buildings. I remember exploring the catacombs snaking under the city and thinking about the centuries rising above me: an ancient empire, Renaissance resurgence, and modern metropolis, all stacked on top of each other. But I keep returning to Rome, both physically and mentally, because I’m fascinated by how a place dubbed The Eternal City could be home to millennia of loss and destruction. Rome has lost so much: people, cultures, buildings, art. Everything in Rome seems eternal yet simultaneously ephemeral, and I’m a bit obsessed with that contradiction. You do an amazing job of bringing Rome to life in all of its strange complexity. What is it about Rome that draws you in? Will you always write about Rome or do other places also interest you?

I have a plan for my next few books, all of which are at least partially set in Rome. This is largely because the people I write about worked for the most powerful individuals in the land — popes, cardinals and Italian nobility — most of whom had some connection to the city. But I honestly can’t imagine not having a little bit of Rome in my books. It’s a place full of wonder. Part of that is the history of destruction you mention, but I’m also drawn to the ever-bursting life that rises out of countless remnants of its past. It’s a city where people are busy at work and life alongside ancient ruins and Renaissance palazzi — it’s not just a city full of tourists in awe of the spectacle, such as Venice or even Florence.

It’s interesting that we both write about famous men — and from their points of view. I think that’s somewhat unusual; the majority of women I know writing historical fiction are writing from a woman’s point of view. I am often asked about it and I imagine you are too?

I’ve had men challenge my “right” to author books about these giant men of history. People often ask why I don’t write from the point-of-view of Lisa Giocondo or a maid or a daughter of one of my more famous characters, but I feel like that’s only another way of leaving me, as a woman, out of history. The art of Michelangelo and Leonardo affects my life as much as it does any man’s, and I don’t feel my perspective on is any less valid just because I am a woman. I agree that more women’s stories need to be told, but I also feel like we, as women writers, have a responsibility to insert ourselves into our mutual history by telling these big, impactful stories in our own voices. What about you? Have you faced any push back for writing about men? Were you daunted about writing from a man’s point-of-view? Why did you feel compelled to tell a man’s story?

To be honest, I wasn’t particularly drawn to the story of the women in my books — I was interested in the men who changed the world with their cooking. They were the original “celebrity chefs.” We know almost nothing about the women in their lives. To pull a woman in as the teller of their stories would feel disingenuous for me. I think I’ve probably had less pushback than you because the figures in my first novel are less widely known than the great masters of Renaissance art. As you know, though, Michelangelo is a character in The Chef’s Secret, so we’ll see if I get a taste of the backlash you’ve faced.

I don’t find it hard to write from a man’s point of view because I think that core feelings are universal. But don’t you find it curious that men are so rarely questioned for writing as women, and they do it all the time?

I’m not surprised by the disparity, but I do have faith that attitudes are changing. There’s this pressure to “write what you know,” so often men write men, women write women, Americans write Americans, Italians write Italians… But honestly, the whole reason I’m a fiction writer is because I want to slip into someone else’s life, experience it as my own, and make that life relatable to my reader. Strangely, I feel like I learn more about what it means to be myself by seeing the world through someone else’s eyes than through my own. In both of your novels, I saw myself in the chefs’ struggles to get ahead in their careers, find love, and even stay alive. What have you learned about yourself or modern day humanity by writing about Italian chefs living hundreds of years ago?

This connects to another question I am often asked: why I write about food. I write about food because it is the ultimate connector. It is at the center of most of our social interactions: in religion, in politics, in our economy.. And I think that’s what I’ve learned most — that the people of 2,000 years ago and through the ages after have the same struggles, the same obsessions and the same connections to food that we do today. I’m endlessly fascinated by that concept, how some dishes can remain virtually unchanged through the centuries, while other Italian dishes have taken interesting evolutionary steps that brought them into the heart of other cultures. Fried dough, for example, is an ancient food, and we still love our donuts today! And, there is a fried chicken recipe in Bartolomeo Scappi’s 1570 cookbook that is just like fried chicken today, except the spices are cinnamon, nutmeg, and clove. It’s the same and not at all the same.

One last question mainly because I’m getting ready to eat lunch and I want to rev up my appetite. In The Chef’s Secret, your story takes off to Venice, which I love. I’m captivated by that city; it’s strange and magical and different than any place I’ve ever been. The art of Venice is different from any other art in the world — the colors, the atmosphere, the spontaneity — so I want to know: what’s unique about the food of Venice?

Venice is an impossible city. By all accounts it shouldn’t exist as it does, sitting in an ever-rising lagoon. The cuisine is heavily seafood based but some Venetian dishes do not have fish in them, such as risi e bisi, rice and peas. It’s a dish that dates back to the Renaissance, as does sarde in saor, made from anchovies, onions and balsamic vinegar, and the salt cod paste, baccalà mantecato, which remains virtually unchanged today. Most of the traditional food of Venice is like that, dating back centuries. I do find, however, that finding a good meal in Venice is not easy to do today because most restaurants cater to day tourists. If visiting, definitely move away from the touristy areas of St. Mark’s and the Rialto Bridge to eat. Oh, and make sure to have a glass of raboso, the signature wine of the region, a slightly fizzy red made from an ancient grape varietal. It’s rarely found outside the Veneto, and is a true jewel among wines, perfect for pairing with cicchetti, the little appetizers you can find at every wine bar in Venice. And now I’m longing to return! 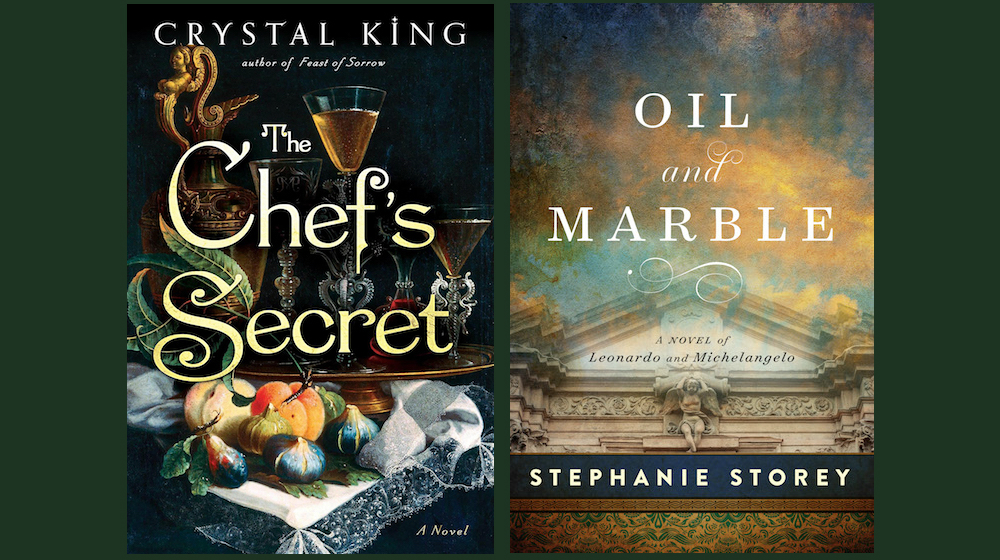