Coming from a different angle, but as a musician no stranger to oral traditions, Lee Ranaldo is featured to read from The Odyssey Saturday, August 29. Ranaldo is a founding member of Sonic Youth, a writer and visual artist. Across the various facets of his career literature and collaboration have always had a leading role.

LARA SCHOORL: How were you introduced to The Odyssey and this translation by Emily Wilson in particular?

LEE RANALDO: The Odyssey is a story so many people are familiar with. I read it in high school and it is not until now that I am reading it again, but I have encountered it or adaptions and fragments of it throughout the years. Many of the themes in The Odyssey, such as being lost and concepts of home, are themes we can relate to. Especially now when were sort of locked into our homes, it becomes a metaphor, in a way, for finding yourself, your roots, your background. Acknowledging where you came from. I mean, there are so many levels to it. The story itself is one of these archetypical stories that we have probably been told many different times, with different characters. It has influenced many. I’m thinking of Joyce’s Ulysses, and other works of art. The things about these stories is that everyone can relate to them. I really like Emily Wilson’s translation — it is down to earth and not so esoteric as some of the older translations can be.

More readers have commented on the accessibility of Wilson’s translation, its clarity and to the point language. I was just listening to the first readers of today’s books, and found, in addition to the content the live reading, the fact that I was being read to by someone invited me into the narrative differently. It was very comfortable. Many of us were read to by our parents as children, my partner sometimes will read to me, but it does not often happen in adult life that someone reads to us in the moment. I wonder, as a musician and singer, does the oral transfer of words hold a specific communicative power for you?

You know it is true, and that is what makes someone reading to you so meaningful. It has an intimate quality. And, going all the way to antiquity a lot of these stories were shared orally, they were like songs or incantations. These early epic poems have a lyrical quality to them.

In music there is a theatrical aspect connected to using your voice. When you’re talking to someone in a supermarket line parking lot or walking down the street it is conversation, but when you’re on stage, whether you’re singing or speaking, a different relationship is going on there. It’s more formal, it’s more theatrical the way I think of it. In the sense that, on the one hand, listening to a performance, harkens back to our childhood, to when someone’s reading us a story, but it also points back to all the great works on stage­ — when you’re sitting in an audience listening to people talk or recite work and putting it together in your head. It is both very simple and very sophisticated.

Following that thought and these distinctions of the manifestations and usage of texts, in your work do you start with text, and if so, in a written form or otherwise?

It happens in all different ways. Sometimes it starts with something written. Either a written sketch, or something written out completely. And, sometimes it happens from just strumming some chords on a guitar and the words just kind of come to you. It’s the mood of what you’re playing, the instrument, guitar or piano that you’re playing. It comes in all different ways. I have made songs from things I have written for quite a long time, and then I’ve been spontaneous in other situations just reacting to the music that I am hearing and starting to add it together and slowly things form out of it. Especially these days when you can record yourself and listen to in back and improve on it.

What are your thoughts on this live collaborative reading in advance of your performance?

This live reading of The Odyssey is spread over a long period of time, six days, and I have wondered how many people listen to the whole series or just to individual parts of it. The thing about this story, that I really understood more as I was going through the text, is that it is so episodic. Like one of those Saturday morning series, you can tune in for a chapter and be taken away. The chapters are kind of short stories and if you listen to the whole thing it adds up to something that is this entire book, but you can also experience them separately. That is what makes this so marvelous. There are so many ways in which you can approach it. Hearing a fraction of it might give someone the impetus to read the whole book later. That is what it is doing for me. I am studying the chapter that I am reading, which is Book 21, but I am really looking forward to reading the other books.

One other thing I loved is that in the book Odysseus is trying to get home to the city of Ithaca, and my younger son is going to university in Ithaca, NY. We went last week to drop him off and then when I returned home the book came in with the mail. Aside from being namesakes I’ll have to look if there’s a connection between the two cities. 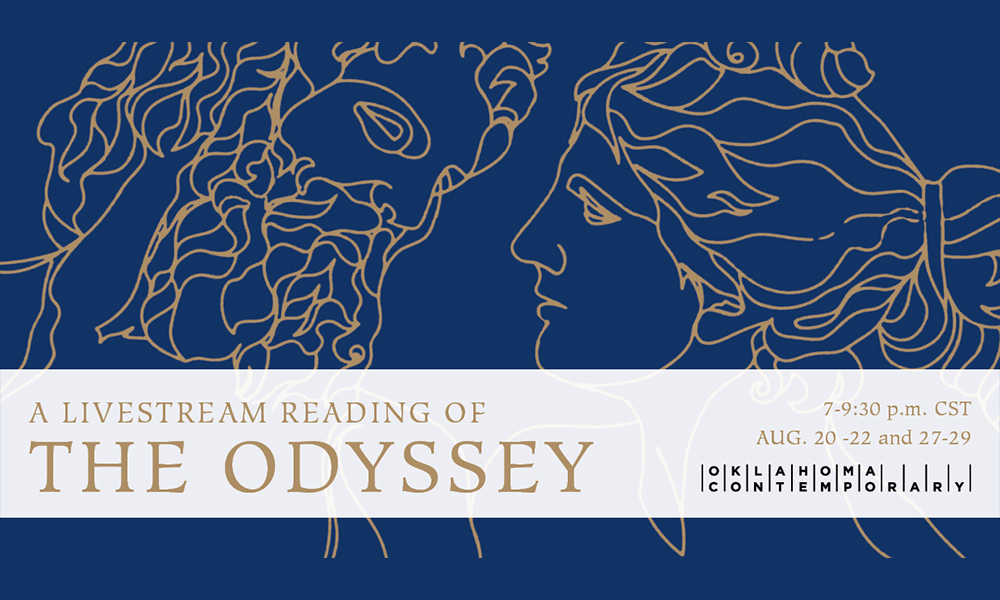