At what point, and by what pronouncement, does an author pass into the higher, holy realm of canon? By whatever mechanism it works, it has failed Cynthia Ozick. Though she enjoys enviable renown among her readership, Ozick readers are an eccentric clique: devotees who are shrewd but uncynical, who prefer the voluble lyric to the stark, spare line, and who unembarrassedly esteem beauty above all other literary qualities. Ozick is most widely recognized for her novel The Shawl and for her many books of criticism, which rival Harold Bloom’s in quality of thought and quality of prose, though across a career spanning more than six decades, she has released numerous story collections and six novels. Her seventh, Antiquities, will be released this April.

Rather than finally cementing her reputation, no doubt, Antiquites will be, like the six excellent novels before it, joyously received by those already initiated to Ozick’s genius while failing to receive the fanfare it deserves.

Antiquities purports to be a memoir, but it’s a memoir frustrated by the irresolution of memory. The summary narrative its fictive author proposes and ultimately abandons is disrupted by discursions that grasp, abortively, after the central mysteries of his life.

Cynthia Ozick responds to questions about some of the central mysteries of her own life. We corresponded by email.

Antiquities is a book of old age — its predation, disappointments, but also the sublime power of memory, which can drum from the obscure and half-forgotten the resonance of myth and can cantillate the name of an old lover like a hymn. What do the young not know about aging that they ought to?

This melancholy evocation of old age is itself movingly hymnlike. But look: it stops too soon. There can be far more. Barring irreparable disability, zeal is unquenchable, the thirst for a fiery awareness of both history and the tumultuous world as it is. And for the writer, the pen (the computer) is the staff of life.

It may be that the young ought not to know about aging and ought not to be obliged to know. What the young know, and definitively feel, is that they are immortal: this is the innate law of youth. When I am irritated by, say, reviewers who review the fact of longevity in lieu of reviewing the book, I stop to think: but I in my confident immortality once did that too. It’s a long time before the imperiously urgent lines of Andrew Marvell —

At my back I always hear

— will ring out as more than mere poetry.

Here you remind me of the sources of Henry James’s famous “germ” of a story. Seated at a lavish country house dinner, goes the legend, James would listen raptly to the anecdote of his neighbor at the table, but would turn abruptly away as it approached its climax. He had no interest in the real-life denouement; he meant to be free to invent his own.

But I am burdened by a self-imposed condition that grows out of fear masking as diffidence. I flee to the safety of outside-the-page; any hint of the autobiographical stops me cold. Beyond an occasional memoir-like essay (they are very few), I cannot — cannot, as if verboten — make use of an actual happening, particularly one in which I may figure as an active participant. Memory is flooded with confrontation and drama: there’s surely a story in it! A decades-long friendship turns repellent: there’s surely a story in it! This may be why the germ that lures me comes in the form of an idea rather than an incident; the idea begets both the incident and its players.

You once quipped in an interview that when you hear the word “spiritual” you reach for your luger. It seems clear to me that were it put to you, which is the greater god, literature or Yahweh, you’d quote Henry James before Leviticus. Do you differentiate between the spiritual and the numinous? And do you think a writer can produce a truly great novel if their investment in literature is purely secular, if literature is anything less to them than the human Scripture?

Spiritual, numinous, mystical, Gnostic — whatever you wish to call it — what it comes down to is God-is-in-me. The self as part of the Creator. The Creator as equal to his creation; creation as a substantive element of its maker. Magic and miracle: incarnation. Fusion; anti-distinction. The whirlwind power of imagining.

All this swirls in the writer’s free and antic and wild and often contrary realm: the realm of unrestraint. But none of it applies to what you name, off-puttingly, Yahweh, when what is really intended is Torah: the moral life of distinction, of hierarchy: that this is not that, that good is not wicked, that man is not God. And that civilization means restraint.

Over the years, in your work and in your interviews, you’ve said many things, made many pronouncements on what you feel it means to be a Jew. Do you think that being and considering yourself to be a Jew has made your life — your day-to-day life and your imaginative life as a writer — better?

What a difference between being a Jew and “considering yourself” a Jew! The first is simply a fact of birth identity, the second a philosophical proposition. The first (setting aside how society may or may not define you) may be easily ignored or discarded. The second is the pursuit and enactment of a set of powerful ideas, ideas recorded in texts: Scripture and centuries of analytic commentary, both ancient and ongoing. And also: a series of intellectual and pietistic movements, a literature in many languages, from Yehuda Ha-Levi in the Spanish period to Isaac Babel and Kafka.

This is why Judaism is not merely a matter of attending a house of worship on the Sabbath and hearing or delivering a sermon, though it is this too. But it is also a community of study. You could say that however diluted or discarded one’s adherence to Jewish ideas may be, a characteristic of even everyday Jews is an attraction to learning, in whatever form that may take. During what we call the Dark Ages, when literacy was confined mainly to clerics and all others could neither read nor write, and the reading of Scripture by the populace was actively discouraged (hence the Protestant Reformation), every ordinary Jew was taught to read from earliest childhood. This included women, who though barred from advanced Hebrew learning, read moral and Biblical tales, and even popular romances, in the Yiddish vernacular. Even amid burnings of Talmud and unimaginable persecutions of every variety, including periodic expulsions and massacres by Crusaders, the mediaeval era was not intellectually Dark for Jews; and Maimonides was immersed in grappling with Aristotle.

The Jewish project draws me, interests me mightily — despite feeling hollowed-out by the Holocaust? Despite the current pervasive upsurge of antisemitism and the scandal of outright antisemites thriving in Congress? Despite the 100-year siege against the renewal of sovereign Israel?

A Talmudic reply: Turn it and turn it: for everything is in it.

You’ve said that among all your books, you love Trust the best. Despite containing some of your best writing and some of your most luminous characters — Allegra, the sprightly, tempestuous socialite casting about for meaning; Enoch, the grave tallier of the concentration-camp dead, an atheist given to prophetic aphorism — the book is not widely read. Do you believe that the book is in fact your best, or is your love for it the sort of love we reserve for the accomplishments of our youth?

I used to joke (it’s a bit stale by now) that if anyone could prove to me to have read Trust in full, I would have a gold medal struck to reward the stalwart. “And,” I would admit, “I have never had to do this.” Trust, ostensibly my first novel, occupied seven years in the making. But there was an earlier one, Mercy, Pity, Peace and Love (after Blake), also consuming seven years, equally ambitious in length, but left undone. My present sense of “loving” Trust is not that it succeeds as a novel, but that I have never written better sentences. And unhappily, it has often been pointed out — as an indictment — that Henry James’s influence is everywhere. (My defense is that I have never perpetrated an “as it were” or a “hanging fire.”)

The abandonment of ambition and of the life of the mind is a theme common to a few of your novels. In Heir to the Glimmering World, Mitwisser, the singular scholar of an ancient, erased sect of anti-Talmudic Jews, gives up his dream of documenting the philosophical flirtation of their leader, Al-Kirkisani, with the Bhagavad Gita. By the end of The Messiah of Stockholm, Lars, formerly the only book reviewer in the city with a fiery passion for great literature, is penning trifles. In The Puttermesser Papers, Puttermesser quite literally loses everything, going from a cabbalistic and political powerhouse to a dead nobody. The Cannibal Galaxy follows the ersatz teaching career of an astronomer who abandoned the stars. Petrie in Antiquities never finishes his memoir, never fathoms his father’s motivations, never penetrates the secrets of his boyhood confidant, Elefantine, instead retiring thoughtlessly to an apartment to while away his remaining days. What is this abdication evidence of?

Hm. I never noticed that the notion of “abdication” runs through so pervasively. It does seem that the most highly ambitious lives, driven to reach the peak of Everest, end in disappointment. But disappointment isn’t willful abdication, and writers, I believe, never do abdicate. Henry Roth stopped and became a chicken farmer; but then he began again, in daring force. Delmore Schwartz endured the defeat of insanity, not abdication. No abdication followed the public failure of Melville’s majestic Moby-Dick; after it came the sublimely mysterious “Bartleby the Scrivener.” And so on and so on. Even George Eliot’s hollow Mr. Casaubon never abdicated!

Everyone proselytizes to their friends about new TV shows; only literary people push books. Do you think most people capable of enjoying literary fiction? What do you think keeps them from engaging with it?

We are all in thrall to plot, the unexpected and often exciting turnings of events that call out from every source of life: the pageantry of a royal wedding or death; the romances and disintegrations of the lives of movie stars and rap eminences; the never-ending drama of domestic and international politics; the latest local murder or distant genocide, or publicly willed pursuit of genocide; and every old or newly invented storytelling machine. Literary fiction is among the oldest of such machines: then what differentiates it from all the others, so much so that we’re drawn to ask what keeps people from engaging in it?

A conjecture: the word that stands before “fiction”: literary. Story alone, plot alone, mesmerizes, enchants, appalls; but all this can come into being without being Literature, and what is Literature if not language, language in the sense of art?  The reader of literary fiction is the reader who seeks out, and reveres, the power and weight and rightness of words. Absent this, all the other story machines will be universally taken to be good enough. 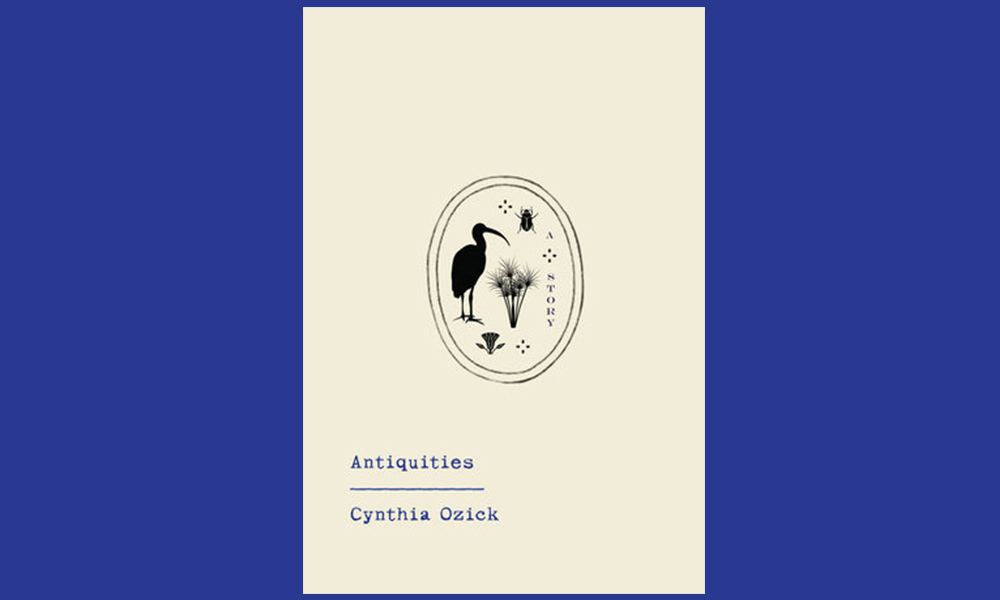