One of two published long-form works by Brazilian writer Raduan Nassar, A Cup of Rage is a tiny book — clocking in at a carefully wrought 65 pages — that tackles the dynamic between two sparring lovers, fraught with competitive ire and dueling politic. The couple is comprised of a reclusive older man and a younger woman, who works as a journalist. The man narrates all but the final passage, expressing disdain for his lover’s privilege and simultaneous claim of hard-won moral integrity. “You shitty little intellectual,” he says, “it never occurred to you that everything you say and everything you vomit up is all stuff that you’ve heard from other people, that you haven’t done any of the stuff you talk about, that you only screwed like a virgin and that without my crowbar you aren’t any-fucking thing.” Having lived through more years, he thinks her posture of higher ground — claimed humanism — is neither sustainable nor truthful. He feels superior; or rather, knows the power he wields in seeming so. He reflects: “above all […] the more indifferent I seemed to be, the more attractive she found me.” STEPHANIE LACAVA: How did you come to translate A Cup of Rage from its original Portuguese into English?

STEFAN TOBLER: Like many many Brazilians, I see Raduan Nassar as the greatest living Brazilian writer. As a reader, I’d been amazed he wasn’t in English. As a translator, in around 2005 I started showing samples of his work in translation to (mainly British) editors. When an editor at Hamish Hamilton (part of Penguin) told me she loved it, but :it’s very hard to take on foreign writers who we don’t feel we could launch with much of a splash — however brilliant and worthwhile they are,” I really understood why independent publishing was important.

That was the light-bulb moment that made me daydream about setting up the publishing house which is now And Other Stories. Years later, as a publisher, I met Luiz Schwarcz, the publisher at Nassar’s Brazilian publishing house Companhia das Letras. We discovered that we were both complete Nassar fans. His company had been partially bought by Penguin and he pitched it to Penguin’s Modern Classics list. They accepted. Another Brazilian author I’ve translated, the great, late Clarice Lispector, is also shared between Penguin Classics in the UK and New Directions in the US.

It was subsequently long-listed for the Man Booker International prize. The year before saw an explosion of literary interest in Clarice Lispector. Why these two, and why now?

Both Lispector and Nassar go way beyond the everyday banalities that often get dished up as serious literature. It’s style; but style sprung from experience, I think. In Lispector’s Água Viva the narrator says something that I think is relevant to both writers:

“Sometimes I get electrified when I see animals. I’m now hearing the ancestral cry within me: I no longer seem to know who is the creature, the animal or me. […] I don’t humanize animals because it’s an offense — you must respect their nature — I am the one who animalises myself. It’s not hard and comes simply. It’s just a matter of not fighting it and it’s just surrendering.”

How would you describe Nassar, the man? Was it a collaborative process to translate the text?

I had the opportunity to write a feature on him for the Independent when the book came out last year in the UK. I hope it gives a sense of him as a writer and, particularly in the last paragraph, as a person who is warm and modest, but also a perfectionist.

He read my translation thoroughly and asked questions, made suggestions. But — unlike some writers who think they can write English better than the translator — he respected my work and didn’t insist on his suggestions.

There are many lines which address the act of either party “pretending” to entice the gaze of the other.  The narrator admits, for example: “and I, still faking”… “fascinating her with the intentional (and not so intentional) contradictions in my character.” His experience unfolds in rhythmic extra-long sentences in which ideas are repeated, as well. The English word “fraud” is used over and over. Is it always the same in Portuguese?

Yes, it was a repeated word in Portuguese. I’m glad you pick up on the patterning. A Cup of Rage has the sheer unstoppable force of a child’s temper tantrum, and only on a second read — or as an editor or translator or critic — do you see the intricate patterns and repetitions that combine to produce this crushing emotional onslaught. He plays fast and loose with standard syntax and punctuation to convey the turmoil and onward rush of his characters. Most of his pages-spanning chapters in A Cup of Rage are a single long, evocative sentence. After the languidly drawn-out chapter “The Shower” slowly unwinds its string of progressive verbs — pulling, rubbing, massaging, scratching — there is a shift, as the scene approaches the satisfaction of its conclusion, to a more direct past tense: “I only know that I delivered myself absolutely into her hands.”

As I translated the book, I loved the freedom of Nassar’s word choices, too. He occasionally makes words up, and mixes colloquial speech with high-flown phrases. When I asked well-read Brazilians, they confirmed the individuality of his choices.

Forgive if this is a stretch, but someone else I kept thinking of was Alain Robbe Grillet, not only for his contribution to modernist or postmodernist literature, but also because of his “second life” as a banana farmer and how it appears in his work. There is also the submissive dynamic of the lover, which Nassar calls, “her will to power mixed with the sensuality of submission.”

Yes, good call! You’ll see in this long interview from 1996 (his definitive interview — none further has been given until the New Yorker profile this year) that he read Robbe-Grillet’s Les Gommes, which he admired but also found terribly cold and civilized, and not his kind of literature. However, he admits it may have left some trace in his writing. (Some reviews do suggest a nouveau roman influence.) 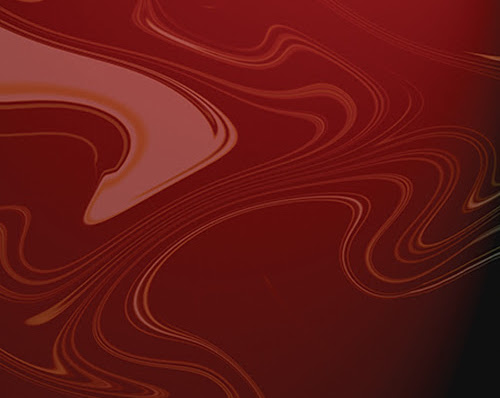