The poet and novelist Justin Grimbol writes fiction stranger and more arresting than ordinary emotional realism. His work is autobiographical, but it also veers into campy territory full of outsized psychic monsters and curious carnal romps. I’ve known him since we were adolescents, and I can confirm that these preoccupations are abiding.

Grimbol’s new novella, Impossible Driveways, is both his best and most straightforward. With laughter and compassion, it follows its narrator into the depths of chronic anxiety and the frictions of married life. It also forms an unusual meditation on the tensions between small-town living and wealthy hippie culture in rural Vermont.

Over email, Grimbol and I talked about anxiety, nostalgia, Vermont, the sadness of hating Kerouac, and the most treacherous driveways.

MICHAEL FRIEDRICH: What was the initial seed of inspiration for Impossible Driveways?

JUSTIN GRIMBOL: My wife and I moved back to Vermont and I wanted to chronicle the experience. I write at least a few poems a day. Some of them read more like flash fiction or diary entries. I like to keep my book ideas small and then let stuff happen. So at first it was only this. I wanted to chronicle my chubby little marriage moving to Vermont.

Then I got bad anxiety. Real bad. Sweaty. I thought I was losing my mind. So the book became about that as well. I started taking meds and  got a job as a home health aide, mostly taking care of old folks. So it became about that. Vermont’s this old, poorly-kept, charming, but pent-up, fog-brained sort of place. So all the elements of the book ended up working together well.

Rural Vermont plays a major part in the book, with its weird array of stoned kids at swimming holes, naked farmers, icy driveways, and fancy grocery stores full of rich hippies. What about the place has inspired you?

I went to boarding school only an hour south of where I live now, on the Massachusetts-Vermont border. Then I went to college in Poultney, Vermont, where I met my wife at a naked party. Vermont loves nudity and that’s adorable. I have something almost resembling roots here — although my true roots are on Long Island, New York, so I talk with my hands and curse a lot.

Anyway, I love Vermont. It’s a durable place. It has had a lot of tacky things happen to it. Ski resorts. The back-to-the-land movement. Retired New Yorkers. Libertarians. But the place still holds onto its soul. It takes all these folks and turns them inside out, making us all look like a 50-year-old college kid living in the woods with his or her parents.

I’m not sure the state has ever been presented quite like that. Do you think Vermonters would be embarrassed?

No. I think Vermonters, for the most part, like to laugh at themselves. Maybe. I am talking about transplants, like me. Deep Vermonters don’t consider you a real Vermonter unless your grandfather grew up here, which I understand. I have met deep Vermonters through work and from being a Chatty Chester at general stores and antiques stores. They are not like transplants or the children of transplants. They have seen things.

Anxiety really runs through Impossible Driveways. The narrator describes battling his anxiety “like it was a swarm of mosquitoes.” It’s not always clear where it’s coming from, but he does battle it. He tries meditation; he tries meds; he buys a Taser to protect his family from imagined threats. How does anxiety shape your narrator’s experience — and your own? Do you think we’re living through a particularly anxious time right now?

I am 70 percent water. Twenty percent fat. There are bones in there. And then my anxiety takes up the rest of my being. I developed some messy anxiety. I play it down in the book because I wanted it to be short, and I didn’t want the anxiety to swallow it up. It was bad shit though. I almost checked myself into the loony bin.

Six years ago, I moved to Wisconsin. That time was hard on me and I got a gym membership just so I could jump into the pool and scream. Around that time, I got into woodsy writers like Rick Bass, Mary Oliver, Richard Hugo, and James Dickey; I found their poems had a calming effect. I try to replicate that in my writing. My hope is that one day doctors will prescribe my books to all the loonies. We live in perilous times. After eight years of Trump most of us will be anxiety-ridden, so I will be rich.

Is anxiety related to writing in other ways for you?

I love jokes because they put things in perspective and make us durable. Jokes embrace the sloppiness of life. Here’s the thing — I have been anxious my whole life. The way I see the world is spiked with a lethal dose of paranoia. I grew up feeling doomed and neurotic, always talking nonstop. Talking calms anxiety and helps us expose our true selves to others. I think the best way to develop a character is by having them talk and ramble on.

Now that I am medicated and pilled to the max, though, I am able to embrace silence more.

I know you to be a highly nostalgic person. In Impossible Driveways, you seem to be working that out through Jack Kerouac’s work. Your narrator has a long, fond recollection where he and a college friend drink wine and read to each other from Mexico City Blues on a bridge. But then a few pages later he’s feeling rueful that Kerouac’s books “annoy” him now. What makes Kerouac a complicated point of reference for you? What has your relationship to his work shown you about nostalgia?

There are a bunch of writers I read in college who I have a hard time reading now: Allen Ginsberg, John Hawkes, Richard Brautigan, Henry Miller. Aside from Kaddish, I think Ginsberg was a horrible poet. Maybe not horrible but overrated. I don’t like any of those writers anymore, but it doesn’t bother me. For some reason, I am sad about Kerouac. Maybe I will try to read Mexico City Blues again. Who am I kidding? I’ll hate it.

There’s the whole On the Road thing, the whole transience thing. I once lapped the country only driving back roads. My trips were nothing like Kerouac’s. But I had the same love for moving around. I thought I was going to live that way my whole life. Impossible Driveways is about me settling down. During that time, I realized it was over. I couldn’t even imagine living that way anymore. It was hard. So I think I got all sappy about Kerouac because he represented that young, goofy, intense, boozy spirituality — and the transience. Settling down is easily the most anxiety producing thing I have ever done.

Speaking of settling down, you write about marriage in a really unique way. It’s tender but also full of ridiculous everyday frictions. Do you have any literary touchstones for writing about it this way?

When I was in college I hated the idea of marriage. It seemed corny and oppressive. Not enough nudity between strangers and friends. But then I read Full of Life by John Fante and I thought it was so funny and intense and wonderful. Then I found a book in the school library by William Saroyan called Boys And Girls Together. I was really impressed by how he made a casual day of marriage seem like a redneck bar brawl.

I also love the humorist Erma Bombeck. She’s best known for her column about parenting, but I really enjoy her books about marriage. She has a few great ones, like A Marriage Made in Heaven and Too Tired For An Affair. She does a great job of showing the alienation that can happen between a married couple. It’s almost as if that alienation is part of the intimacy.

How do you get home up your steep Vermont driveway?

Oh man, it is steep. So I have to get the Jeep moving at 25 miles per hour. I do a quick turn into the driveway and try to avoid potholes. There are many. There is this really steep point in the driveway, a really icy spot, and I have to floor it right before that. If there’s any fresh snow, I can do this weird wiggle technique with the steering wheel that makes it feel like the car is climbing Everest. Often I slide back and get stuck. The driveway is narrow. It’s hard to back up. The Jeep will slide and spin. So I reverse it into the hillside, and the front will slide and eventually point itself back down the driveway. Then I try it again. I once did this for over an hour. I get determined. I just keep trying. Then, when I make it to the top, I feel so proud of myself. It’s really nice. 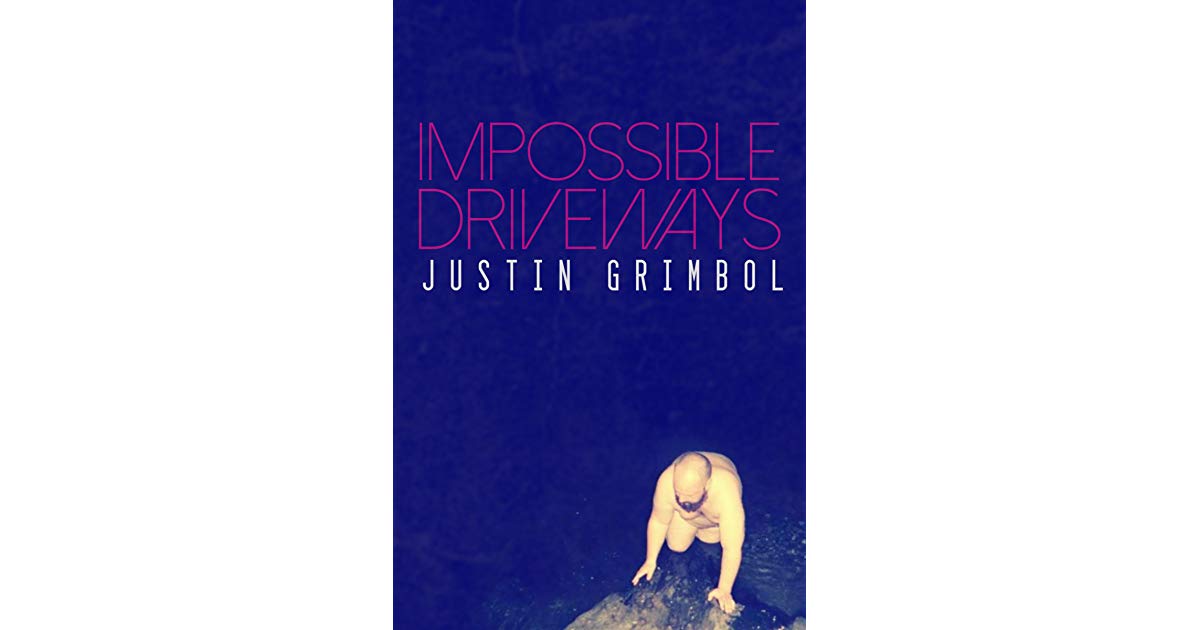