In her second novel, Those Who Knew (Viking, 2018), Idra Novey, an award-winning novelist, poet, and translator from Spanish and Portuguese, tackles a political thriller set in an unnamed country (“the island”) where her characters must navigate the mechanics of political power and its potential abuses, as well as confront questions of identity, immigration, memory, and history. Novey deftly explores the eroticism wielded by the powerful, and the power of eroticism, in the overlapping contexts of creative complicity, romance, and sex.

I had the opportunity to ask Idra a few questions about the book. Our written exchange is below.

MAGDALENA EDWARDS: The protagonist, Lena, in Those Who Knew, is such a compelling character to me, especially in the way she navigates her ongoing conflict with Victor, a man she has known since college who — now a powerful grownup — misuses his professional and institutional power not only because he seems to feel entitled, but also because he is enabled to do so by those around him. Early on Lena has a moment of self-reckoning in regard to Victor and his possible entanglement with a young woman, Maria, who has recently gone missing. Can you say a little more about Lena’s unexpected call to “do something” and the way it squares with the novel’s title?

IDRA NOVEY: The title is a response to a line from Gabriel Garcia Marquez’s Autumn of the Patriarch, “we knew who we were and he was left never knowing.” The unknowing “he” in the sentence refers to the miserable, lonely patriarch at the center of Marquez’s novel, a man disconnected both from everyone around him and from himself. What I wanted to write was the “we,” the silenced people who know the truth and what the powerful politician at the center of the novel is concealing. I wanted to write about what’s it like to have your vulnerabilities leveraged in a way that consolidates power for someone else.

Victor compels me too, in his own complicated way. He is vile and handsome and hypnotic and disgusting and spoiled and abusive and totally confused about everything in the world, especially himself. I’m very drawn to the passage where he refers to himself as a “street dog.” My first thought in response was, what nonsense! He’s pampered and petulant and uses his power to rage at those around him. He wants to be a street dog, but he doesn’t know how. The 21st century crisis of masculinity is very present in Victor. And his use and abuse of women as his pawns, playthings, worker bees, and property rings true, more than ever in the context of the #MeToo movement. How was your experience writing Victor’s character?

The 21st century crisis of masculinity is an excellent way to phrase what I hoped to explore in this book by placing Victor at the center, and by inhabiting his perspective and trying to understand how he might come to justify his actions to himself. A study came out this fall about gender perceptions among adolescents in the United States and one in three boys reported feeling pressure to “dominate” and “be in charge of others.” Only two percent of the boys surveyed felt valued for their honesty or morality. That is a crisis. Writing Victor’s scenes made me uneasy, and often what you resist writing can become the most crucial aspect of a book.

How did you approach your portrayal of eros in this novel? Were certain sex scenes more difficult to write than others? How did you set the stage for moments of romantic and creative chemistry between characters who feel a strong magnetic pull to one another that doesn’t necessarily play out between their physical bodies?

What a fascinating question. In Eros the Bittersweet, Anne Carson defines Eros as “an issue of boundaries,” as what separates “flesh and self” but also the boundary between two people. To open oneself to eros is to attempt an escape from loneliness, and the characters in Those Who Knew are all grappling with paralyzing kinds of loneliness, and also shame. With Lena especially, I wanted to explore how an overwhelming sense of shame and complicity inhibits her ability to experience eros.

There is a series of dramatic, avant-garde scenes — the plays within the play — that readers are privy to throughout the novel, all written by Freddy, Victor’s gay brother who is a well-regarded playwright on the rise. They serve as a dramatic counterpoint to the action in the novel and to Victor’s villainy. I read that you’ve been writing plays since high school. Do you plan to stage any of your work, from Those Who Knew or elsewhere, anytime soon? Do you find there is creative space to explore through playwriting that is not available in poetry or prose?

Yes, I wrote the first, and I think only, student-written play ever performed at my rural public high school. I grew up in a post-mortem town in western Pennsylvania where artistic expression tends to be viewed with wariness if not outright hostility. Nobody but the parents of the other kids in the play I wrote came to our performances, but seeing my classmates bring that scrappy script to life, and in front of their parents, felt miraculous and I’ve had an interest in theater ever since.

One of my favorite recurring sections in the novel is the series of letters Olga writes to her beloved S, who has died, which fall under the title “Transaction Log for Olga’s SEEK THE SUBLIME OR DIE.” This epistolary section makes clear to me that Olga is one of those lucky people who found a life partner with whom she had immense complicity, joy, and mutual care, and that the only way to survive life without her partner is to continue to write letters addressing their relationship, keeping it — and the sublime of it — alive. Otherwise Olga will die. Is that too dramatic a reading?

I think what’s at stake in Olga’s letters to S is indeed life itself. Her impulse to keep her intimacy with S alive is an effort to keep the best part of herself alive, the part of herself who experienced eros and mutual understanding and all the sublime sensations that come with a relationship as profound as what she found with S. To continue on the earlier question about eros, Anne Carson’s definition pulls on a statement from Socrates that your story begins when eros enters you and that is certainly true for Olga’s sense of self she developed in college with S.

We could also say that Olga’s letters to S are a place in the novel where the gender binary that is so present throughout — masculinity versus femininity — is not at play. We don’t know anything about S other than what Olga puts in her letters — how she writes to S, the memories of their life together she describes — which suggests that the identity of S in terms of sexuality and gender is completely unknown, undefined, free.

You contend with technology in the novel with incredible precision: how technology can advance or muddle the plot of our daily lives, without allowing such moments to distract from the main drama and stakes. The deployment of technological moments feels like part of the ambience, the air. What role do you see technology playing in the novel? More specifically I’m referring to social media, cell phones, and the ubiquitous use of cameras to document and survey. How does power, its circulation and abuse, change given our 21st century technological ecosystem? This seems to me an important question underpinning the novel’s unfurling.

Thank you. I didn’t realize for many drafts how prominent a role technology had come to play in the novel. But in later drafts, focused more on revision, I saw how many turns in the novel hinged on media. National scandals about pig shit, for example, got endless coverage, while many other stories, about the island’s deteriorating schools and rising illiteracy issues, got none. The collective narrative has tremendous power, and for a novel about silenced crimes with no consequences, the role of media — in terms of which injustices get amplified, and which don’t — became a significant through line.

Yes, it absolutely resonates. I have two sons and am acutely aware of the messaging boys receive through the shallow action books targeted specifically for boys and the endless blue and brown stripes that is all many clothing stores offer for boys after a certain age. The collective reimagining of gender expectations this country is having for girlhood hasn’t happened yet for boys but I hope it’s coming. In an earlier question, you referred to a crisis around masculinity in the 21st century, and part of resolving that crisis will be acknowledging the question Freddy quietly asks about his country in the novel: why masculinity (as an identity and a set of social practices) isn’t recognized as the repressive construct that it is, rather than an inevitability.

For both mothers in this novel, there is a concern about how to free their sons from the kinds of emotional repression men on the island impose on each other and on themselves, which Freddy also considers each time he has to take in his emotionally stunted brother.

It’s Election Day today, so I need to ask you about Olga’s decision to run for political office in the later part of the novel. How surprised was Olga, and how surprised were you as the author, that this turn of events came to pass? What does it mean for the future to come, for Olga, her community, and “the island”?

For Olga, as for all of us, stepping forward and taking part in the civic life of our countries is essential to taking part in social progress.  Olga is disgusted with the political leadership in her country and like many people have in this country, she steps forward to be part of the change in leadership her country desperately needs. In that eerie way that fiction can mirror life can mirror fiction, at the same time as I was imagining Olga adding her name to a ballot for the first time, women who had never run for office before were putting their names down on ballots all over the country.  It was breathtaking to behold the risky choice I was fantasizing that Olga would make in this novel was a risky choice progressive candidates were taking all over the United States. 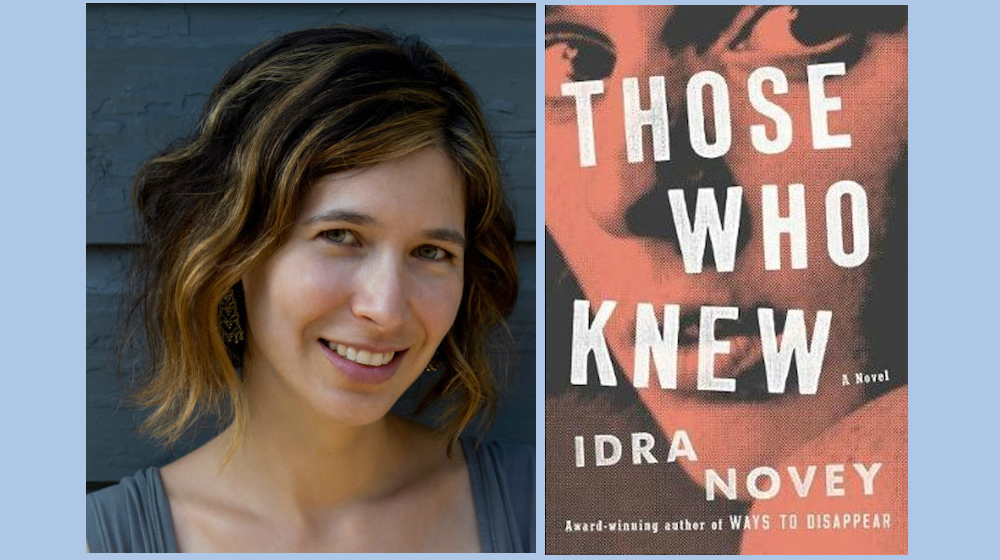