Describing Googoosh to non-Iranians is something like describing Michael Jackson to someone who’s never seen a moonwalk. “She was our Beyoncé” gets thrown around by well-meaning fans, but really, no offence to Queen Bey, that’s a major understatement. Googoosh was a trailblazer during pre-Islamic Revolution Iran, as a singer, actress, and fashion icon. Following the Revolution — and a ban on female singers — her life and legacy were in danger, until she resurrected herself in 2000.

On Saturday, May 12th she will perform at the Hollywood Bowl, presented by Live Nation and sponsored by Farhang Foundation who once again are reuniting Tehrangelenos with our roots. But there’s something else about this particular performance.

“First of all, it’s Mother’s Day,” Googoosh says during our phone interview, a week away from her performance. “It’s about women’s recognition. Think about it, a female Iranian singer is performing for the first time at the Hollywood Bowl! This is our century.”

What took us so long? We’ve infiltrated our way into the nooks and crannies of America, even got a snazzy Persian Square sign on Santa Monica announcing our presence in the community. But still, in many aspects, we are still trying to justify our existence and prove we’re not just what the 24-hour news cycles are reporting. We not only have a rich past, but a considerable presence.

Speaking about her upcoming show, Googoosh sounds vindicated, as if this is a win for her fellow Iranians, not just a major highlight in her career or a personal triumph. In a way, a mass gathering of expats watching her on stage solo — still illegal in Iran for a woman — is a big screw you to the regime that thought she’d be kept silent forever.

Googoosh is a part of every Persian household, whether it’s an eager aunt singing at a family party, old family photos on the mantle emulating her iconic styles or in my case, my sister bellowing the greatest hits in the shower as if performing for a sold-out crowd (which in her case, is rows of half empty shampoo bottles).

My generation of Iranians have a complicated identity; I was born in Iran in the ‘80s and moved to the States as a kid. I’d be lying if I said I knew all her music by heart or understood in fluently. Like my peers, I don’t feel quite Iranian enough to grasp all the glory that is Googoosh. But we are also not American enough to disassociate ourselves from her legacy and what she means to our families, or to forget how our mothers tear up at the mere mention of her name.

We were taught that she represented all that was best of Iran and the west; a modern, confident, independent woman, with full autonomy over her body, her talent, and her career. Her lyrics were over-the-top romantic, music videos were edgy, films sexually charged, and fashion ahead of her time. She was so chic and confident that she even made the sleek 1970s-era mushroom haircut look glamorous.

But that all came to an abrupt end after the 1979 Revolution when a fanatical and misogynistic regime took over and placed a major Handmaid’s Tale vibe on the country, where women are still fighting for basic freedoms. Googoosh was placed under house arrest, banned from singing or performing in public.

“Most of the time I was home — except for the month I spent in jail and all the times they would take me in for investigation. But eventually they left me alone,” she casually recalls. “Those long years of war with Iraq, I read a lot and tried to learn new things from books. I watched illegal movies. Music was harder to get though. I became an ordinary person. I shopped, I cooked. I did normal things.”

For Googoosh, a dynamic spirit who’s been on the stage since she was three years old, this forced solitude and quiet ordinariness was devastating. And if you’ve seen her on stage recently, you’d wonder how two decades of obscurity didn’t diminish her spirit.

“My dear, when you’re forced into a situation, a human being eventually finds a way,” she says. And with the help of her now-ex-husband Masoud Kimiai, she returned back into the limelight.

In 2000, Googoosh was commissioned to act in a film, and Kimiai got permission for her to leave Iran in order to shoot it. The film didn’t work out, but he suggested a concert, and that concert turned into a tour. That tour turned into a permanent comeback for Googoosh as the Iranian matriarch, a tangible, living and — maybe even final — link to the golden age of Iran.

“I was very happy. It was something I never thought would happen!” she says,
“Kimiai and the others were the reason I was able to leave, to get back on stage and sing again. But I could never go back to Iran again,” a price she says was worth paying to gain back her voice and identity.

She hit the ground running once she left Iran. She recorded albums, performed all over the world, made music videos (one even featuring the prolific male video vixen Eric Roberts), and launched her own version of American Idol from London called the Googoosh Music Academy, which ran for three seasons.

“I liked it a lot and I was hoping to continue,” she laments, adding that due to the complications of recruiting talents from Iran, many of the aspiring artists were from Canada, Europe, Sweden, Germany, or other places where Farsi was not their primary language. “My talent show was an Iranian show. My wish was that this show would showcase Iranians so you can see the talents we have in Iran, especially from the women!”

Today, Googoosh continues to appeal to a new generation of fans. My nieces — who no doubt also got their first introduction to Googoosh from their mother’s sold out shower performance — refer to her as Queen G. Turns out YouTube is not just for watching dumb teenagers eat pods of detergent. “They’ve been able to see my old videos, performances and I’m so glad that a new generation has made a connection with my work. I feel that even their parents were young children when I was performing in Iran but it’s becoming a memory for them. A historical memory that they haven’t seen but their parents have passed down to them.”

Her concert on Saturday is going to be a tearjerker. I recommend packing tissues along with your Trader Joe’s wine and cheese. There will be lots of crying and reminiscing among the concertgoers. That includes Googoosh herself, who says she never gets sick of singing her classic songs.

“A lot of the times, I get emotional myself and cry on stage,” she admits, adding, “Their reaction makes me even more emotional.” 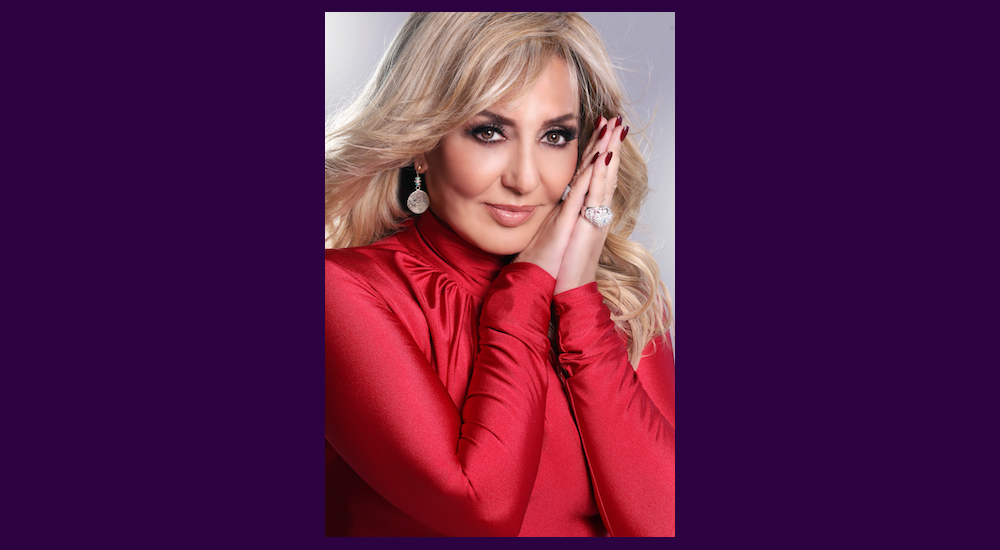