Kerry Wallach is an Associate Professor and Chairperson for the German Studies department at Gettysburg College where she teaches courses on Germany, German-Jewish culture, gender and sexuality, and arts and culture. Her current research focuses on artist Rahel Szalit-Marcus and actress Maria Orska. Wallach’s recent book, Passing Illusions: Jewish Visibility in Weimar Germany, explores the Jewish identity during a period of relative equality and the complex decision Jews made about whether or not they would try to pass as a non-Jew. After a recent talk at the Leo Baeck Institute in New York City, Wallach sat down with Marilyn Macron to discuss Jewish identity, racial and queer “passing,” and what books every high school student should be reading.

MARILYN MACRON: I’m thankful that I had the opportunity to see the discussion on your book, Passing Illusions, at the Leo Baeck Institute, New York at the Center for Jewish History. Can you tell us a bit about the book?

KERRY WALLACH: Thanks very much for this opportunity to share my work with your readers. My book deals with Jews and Jewish identity in the Weimar Republic (1919–1933). I am especially interested in Jewish visibility and invisibility, as well as instances when Jewishness was concealed, revealed, or contested. The book’s cultural studies approach blends an analysis of cultural texts (literature, film, images, advertisements) and discourses with an analysis of sources used by historians (periodicals, personal memoirs, and archival documents). In addition to focusing on Germany in the 1920s and early 1930s, the book’s introduction and conclusion bring German-Jewish passing into dialogue with African American racial passing and queer passing to offer insight into minority visibility more broadly.

What inspired you to write this?

I have long been interested in the Weimar period because of the tensions and paradoxes it embodied. Even though it was Germany’s first democracy, it remained politically tumultuous. Jews finally gained full access to the privileges afforded to other German citizens, yet still thought twice before openly or publicly announcing their Jewishness. I am further fascinated by the strategies people use to figure out whether someone else is Jewish the first time they meet (the same goes for other identities, especially LGBT identities).

You write of “coding” and “passing” in Passing Illusions. Could you explain this?

Passing is a widely known concept that indicates a type of concealing: either deliberately presenting or being taken for something that one is not. In the United States, it is most often associated with the history of African American racial passing (Black passing for white) as well as sexual or queer passing (non-heterosexual for heterosexual). In order to pass or not-pass, people might choose to display or conceal aspects that are associated with one identity or the other.

In my book, I write about attributes that are coded Jewish, including racialized embodied characteristics (dark hair and dark coloring, noses of a certain shape); material signifiers (certain forms of clothing, head coverings, and jewelry); and other elements that are influenced by anti-Semitic stereotypes.

I found it interesting how at the discussion you tied it in with the current Netflix series Babylon Berlin. Could you explain the connection?

The hit German television series Babylon Berlin (first two seasons released in 2017) is a period drama set in 1929, just a few years before the end of the Weimar Republic. It features one clearly Jewish character (August Benda) and references Jewishness in a number of other ways. I have written more about this in a forthcoming piece — so I won’t go into great detail here — but it’s easy to find examples of passing in this crime show: police inspector Gereon Rath attempts to pass for members of various groups; others working undercover pass for whatever they need to be; Nazis pass for Communists.

Is the idea of “coding” or “passing” relevant today?

Yes, the idea of passing remains highly relevant today, especially for members of persecuted minority groups. There is often a great deal at stake when someone chooses to pass. For Jews in Weimar Germany, Jewishness could hinder professional or personal success. Choosing to pass under those circumstances — representing oneself as non-Jewish or concealing Jewishness — generally served as a means to obtain privileges, rights, luxuries, power, or a stronger sense of personal safety and security. But other minority populations (past and present) are often dealing with vastly different circumstances and have considerably more to lose. The discovery of a concealed identity or status could result in someone being blackmailed, arrested, imprisoned, or killed.

What type of reader were you as a child? And what books influenced you the most?

As a child, I already loved books about the first half of the 20th century (All-of-a-Kind Family, Cheaper by the Dozen). In hindsight, it’s not surprising that I read everything I could find about the Holocaust at a relatively young age — I was only about 10 when I read Jane Yolen’s The Devil’s Arithmetic (and later Briar Rose).

My college major focused on the “great books” in historical context, and I’ll never forget reading Dante’s Divine Comedy, Lessing’s Nathan the Wise, and Goethe’s Faust. My senior thesis focused on the German-Jewish poet Else Lasker-Schüler.

After college, I was incredibly moved by Jeffrey Eugenides’s Middlesex. I also read as much American Jewish fiction as I could, including lots of Philip Roth (Goodbye, Columbus was especially memorable).

In graduate school I found my way to a wide range of books: memoirs and autobiographies by such 18th-century writers as Glikl bas Judah Leib (Glückel of Hameln) and Salomon Maimon; stories about New York’s Lower East Side by Anzia Yezierska and Abraham Cahan; Weimar-era works by Joseph Roth, Vicki Baum, and Irmgard Keun; feminist and gender theory by Judith Butler and later Sara Ahmed.

Recently, I found both Colson Whitehead’s The Underground Railroad and Yaa Gyasi’s Homegoing to be stunning and incredibly powerful works of fiction.

If you could choose one book to be on a high school curriculum, what would it be?

Ralph Ellison’s Invisible Man (1952) is a classic that already makes it onto many high school reading lists. It also provides important insight into some of the topics I deal with in my book. I think high school students could also learn a lot from Nella Larsen’s Passing (1929), which is the novel that helped popularize the term. 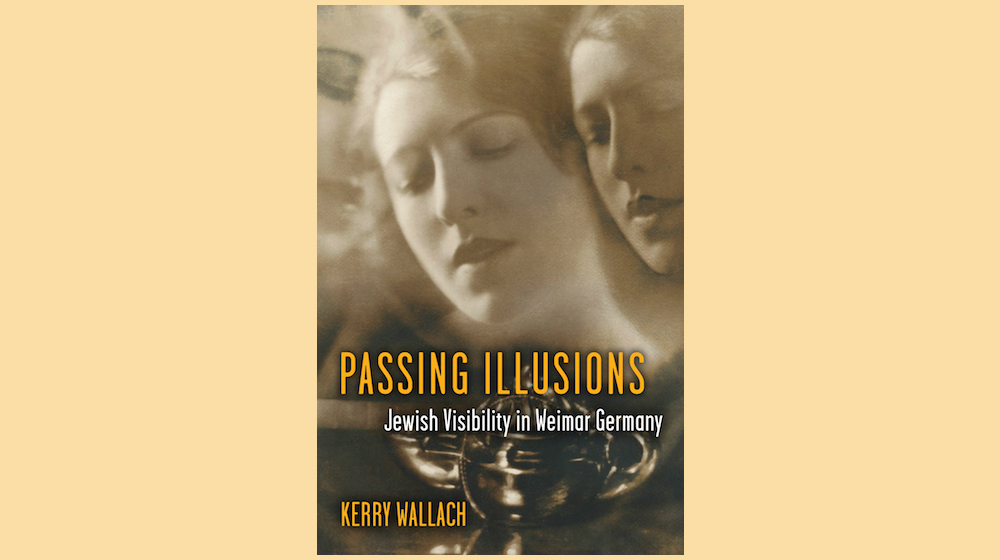