SARAH IVENS: The Optimistic Decade has a nostalgic element for anyone growing up in the 1980s, like I did. Some of Rebecca’s feeling and emotions were so familiar I could have wept: her crush on a boy who doesn’t seem to notice her, her identity crisis when she realizes she can no longer claim her parents’ world as her own. You give these young people — your leading characters like Rebecca, Caleb and David — obstacles and dramas, but also allow them the minute charms of young adulthood to reel in the reader. I was getting visceral flashbacks. How did you take yourself back to your youth to do this?

HEATHER ABEL: I was a real zealot as a teenager, and that zealot lives in me still, although she’s been dampened, not just by disillusionment, but also by a more nuanced understanding of the world. As a kid, I had to clean my room on Sundays before playing with friends. Instead of cleaning, I would drag the record player into my room and listen to Pete Seeger and Woody Guthrie’s union songs while jumping on my bed. This was a euphoric combination of music, motion, and conviction. I believed then that someday I would be involved in a movement whose fight would be so clear and winnable that I’d feel that euphoria often. The jumping and singing union hymns felt like practice for adulthood. Like with most childhood fantasies, life turned out differently. But in my novel I wanted to return to the clarity of that moment — and also to the time, a few years later, when I began to lose my clarity. I once read that the topic of every novel is the passage of time. And this loss of idealism is one way I felt the passage of time in my life so viscerally.

I’m sure we all feel it when reading The Optimistic Decade, especially around the theme of nature. How important was getting outdoors to you as a teen?

I was raised in very adamantly atheist house. My father told me at an early age that there was no god, no afterlife. I found this terribly depressing; I worried about this existential lack a lot of the time. But when I was a teenager, my dad began taking me backpacking in the Sierra Nevada wilderness. Among these peaks, all my existential questions disappeared. Life seemed enough. And whatever spirit exists beyond life seemed palpable. As Caleb says in my book, “I’ve spent these past years trying to understand why we crave so much open space and mountains. I can only figure that there’s something reassuring about grandeur. That it helps us believe that there could be eternity, there could be forever.” So, getting out in nature was and remains a salvation for me. And in your book, Forest Therapy, you talk about living on Sylvan Way and running wild in Epping Forest in England, as a child. I live on a street in Massachusetts with a similarly evocative name — Dryads Green — and our house backs up on a very small woods and river. I would like my children to run free in these woods, but I’ve found that I’m a much more nervous parent than I thought I’d be. So, how do you navigate this need to give kids unwatched freedom in nature with a desire for their safety?

I advocate embracing nature, but not necessarily unwatched freedom. We should use our kid’s desire to get out as a way to get outside ourselves, connect with them and the natural world, and teach them safety rules and social etiquette, such as staying away from strangers, never littering, only eating fruits or berries suggested by a trusted adult. We shouldn’t let fear keep us inside though. The benefits to letting children get outdoors and explore are unquestionable. We’re in an era where parents over-schedule and mollycoddle their children, believing this will make them safer and stronger, but I absolutely believe — and research, that I discuss at length in Forest Therapy backs my conclusions up — that free, unstructured time outside makes children braver, more imaginative, and better at social interactions. Studies show children exposed to the natural world, not hidden inside watching screens, have higher self-esteem, concentration, and happiness. Breathing in the forest, the lake, the ocean, and exploring its secrets — this is what childhood should be about.

Do you have a landscape that triggers a form of covetousness the way the high desert does for me? Just after college I moved to western Colorado to work for a regional environmental newspaper based there called High Country News. This was the place where the high desert meets the western slope of the Rocky Mountains. I’d never seen anything like it. It didn’t have the grandeur of Montana or the front range of Colorado, but I felt compelled by it. I wanted to claim it. What’s your favorite form of nature to walk in? To visit? To lie down in? To long for? To dream about?

The landscape I go back to in my mind, and occasionally in real life, is the windswept, ruddy North Norfolk coastline, a quiet part of East England, where long golden beaches sweep into lanky reeds and honeycomb fisherman’s cottages and bustling pub gardens. My family and I would go there every May since I was 10 years old and pick at fresh crab and asparagus at sunset suppers, take donkey rides on the sand. My grandmother’s ashes are scattered there now, watched over by seagulls and gray clouds. She was happy there, and I like to think she always will be. She died a year ago, and I miss her terribly, but she is forever in a place that shaped me, that saw me though our lives from my teen angst and to her difficult last few springs. Talking of teenagers, your idea, or Ira’s, that everyone has an optimistic decade when “the world feels malleable and the self strong” really made me think about my teen years, and how I thought I could change the world and such optimism was possible back then, pre-Trump. What are you optimistic about going forward? Where do you find hope in these strange, sad times?

I do believe that we only have a little while, perhaps a decade, perhaps less, of an uncomplicated idealism. But I also believe that when that idealism shifts, as it must, well, that’s when things get interesting. I’m very interested in how people can feel pessimistic and still keep fighting for change. I’m interested in attending rallies even when we know they won’t change anything. I’m interested in showing up for meetings even when everyone at the meeting annoys you. This is where I find optimism, actually. I find it in action plus pessimism. I find it in the cynical people who march together against each one of the terrifying steps taken by the Trump administration against people of color, immigrants, women, trans people, and the earth. For much of the Obama administration, I didn’t hear many people talk about politics. Now everyone I know is watching, reading, and resisting. This multitude gives me hope.

And the idea that we will once again value, cherish, and relish all that nature has to offer us — free, easy, democratic forest therapy in these difficult times — gives me hope too. 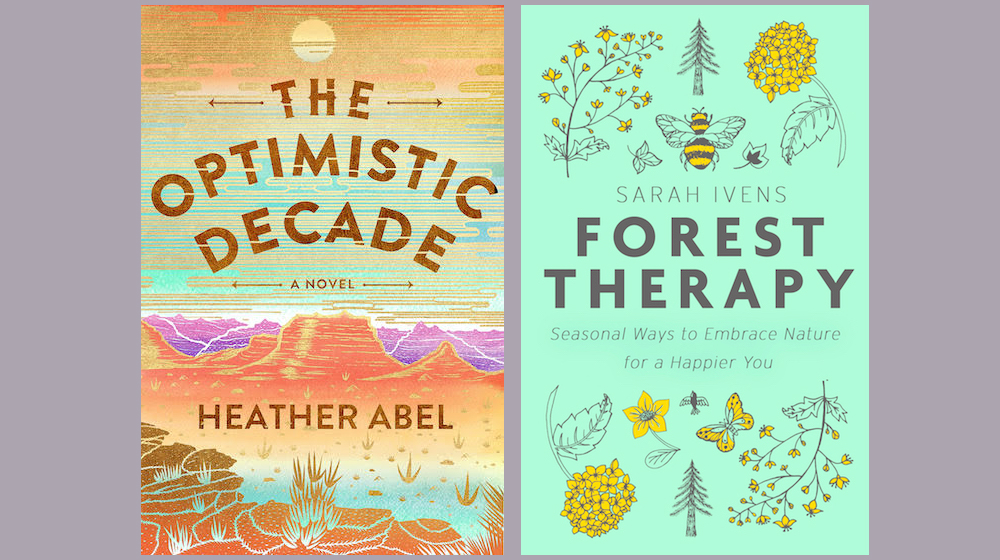