Last fall, Christopher P. Heuer and Eloy Fernández Porta met in Barcelona for an event at the Fundació Antoni Tàpies to discuss Into the White: The Renaissance Arctic and the End of Image, Heuer’s recent book published by Zone. As an art historian at the University of Rochester, Heuer considers representations of the artic during the Renaissance, when the polar north was a site of great mystery and wonder, before the period of exploration.  In a wide-ranging conversation with Eloy Fernández Porta — writer, cultural critic and professor at Pompeu Fabra University —  they discussed why this is a topic for art historians to study, H.P. Lovecraft, and contemporary art on climate change. A transcript from their conversation at Fundació Antoni Tàpies is presented below.

ELOY FERNÁNDEZ PORTA: What inspired the title for your book? Towards the end, you quote Malevich in relation to Suprematism: “I have come out into the white,” you say. “Follow me.” But there is also a Pixies song titled “Into the White,” a B-side from the Doolittle sessions.

CHRISTOPHER P. HEUER: I wish I could coin some organic connection between Malevich and Black Francis. I have to say it was the Pixies B-side (sung by Kim Deal) that I was thinking of when I titled the book. Even for a band capable of being creepy, “Into the White” consistently gives me (pun slightly intended) the chills. But both Malevich and the Pixies (in the song) are talking about impossible flight, about jeopardized possibilities.

“A Different Kind of Wonder” could be an alternative title for your book. How did it occur to you that the Arctic “wonders” were substantially different from those in the Asian or American New World?

The discourse around “wonder” remains hugely fruitful for the study of early modern art; it seems to permit a freedom from conditions of “purely” scientific fascination or (conversely) theological awe, a kind of secular devotion.  But most of the way “wonder” is presented in an Atlantic context, it seems to me, relies on a kind of bad materialism, an assumption that there is always a thing, a person, a situation, AT which to wonder… a kind of substantive hinge for things. The Arctic (as a place) doesn’t seem to fold into this relationship so neatly. That is to say: all the weird stuff that people encountered in the arctic (walruses, icebergs, Northern Lights) WAS wondrous, but, for some reason, never permitted the kind of stepping-back-from, the distance, that other exoticisms demanded. Here the work of Caroline Walker-Bynum — which I adore — is germane.

You find negative aesthetics in the visual and written representations of the Arctic. Anamorphosis, lack of scale, non-differentiation of matter, neither land nor sea. As Hal Foster is among the first names in the book’s acknowledgements, could we say you have located the origins of “anti-aesthetics”?

Unquestionably. You are too generous. The arctic is the anti-aesthetic just as Foster says: not in the sense of being anti-art, but in being anti-sentiment, in being concerned with situations that we (once) associated with rigorous indeterminacy, if I can say that?

You also establish a distinction between a “warm” and a “cold” Renaissance. Could you elaborate on this idea?

This is meant not in terms of geography, or of climatic norms! I mean simply that I’m curious about the lens through which early modern culture — landed anywhere — is viewed. Is it always about hotness, speed, alacrity, circulation)? I think I am interested in the possibilities of a study of boring slow, early modern things. More immediately: do we really need to still associate the birth of modern art with the (Western) birth of capitalism (Florence)? This narrative has been under siege for a century. All I’m hoping to say (perhaps outside of Arctic content) is that the model of the Renaissance that associates a “rebirth” with the circulateability and movement of art is too wedded to models of (frictionless) transport that were unknown at one point. Movement creates heat, stasis breeds cold. I’m just asking scholars to consider the stubbornness, the frigidity, of certain early modern artworks.

During the Cold War in the USSR Stalinism monumentalizes the North Pole, creating a space which is a combination of research facilities and gulags. Would this be the most extreme case of Stalin’s monumentalist practice?

Stalin, who was interred in a Tsarist gulag before 1917 (the USSR didn’t invent the species of prison) was obsessed with ventures to the arctic, in what later became a kind of rehearsal for Soviet outer space exploration (Soviet historians can speak far more eloquently to this than I can.) But I do believe that the arctic, at least mythologized as a socialist arena of possibility, is something that we need not forget.

In the chapter where you talk about contemporary art in general and public art specifically, there is criticism towards some projects on climate change which aim to “raise awareness” and make capital come to reason. You name it “environmental kitsch.” Can you elaborate on this idea?

I’m certainly loath to dictate the idea of what matters as valid climate activism. However, I will say that art that claims (overtly) to be “environmental” art is likely useless as genuine activist art. Recent work that dovetails environmental concerns with issues of race, economic inequality, technology, or politics — work that cannot easily slot into say, an exhibition about “environment” — is probably the right way to go. I think I’m just a little suspicious of grandiosity when it comes to people claiming their art is “saving the earth.”

Your descriptions of the Arctic as a monstrous space which cannot be represented according to the rules of perspective might make some readers think about Lovecraft’s short story “At the Mountains of Madness.” Do you believe Lovecraft was influenced by the tradition you have analyzed?

Lovecraft remains the single most terrifyingly brilliant writer on the poles that has ever published, save maybe for Alicia Kopf! Writing that story in the 1930s, he is interested in Antarctica, less the Far North. But he offers some of the best, most unsettling kind of hallucinatory engagements with the arctic — as did Melville and the Poe of “Pym” as a different kind of, well, planet. It’s a catastrophism written at a moment of actual cultural catastrophe, wherein the poles were about to become the last unexplored supra-terrestrial parts of the earth, and when (unbeknownst to Lovecraft, he died in 1937) social technology would, in effect, obliterate civilization. Lovecraft remains hugely problematic — he despised people not like him, saw the world through the model of animalian survival — but he completely distrusted the idea that the arctic/Antarctic must always be either “science” or “poesis.” Lovecraft wrote the poles as sites of alternative realities and, obviously, death. In this he was far ahead of all of us.

The idea of the CLUI’s “administrative sublime” is actually Michael Holte’s. I take it to diagnose not just that collective’s archival practice, but their sense that the chief register by which we know landscape — arctic or not — shouldn’t just be easy visibility. Sublimity — going all the way back to Longinus and Kant — deals with scale above all else, and that’s kind of what the CLUI invokes so brilliantly. Eliasson’s project is just silly and grandiose. Its big and expensive and, most corrosively, eschews the dialectic — that shopworn term associated with Socrates, Plato Hegel, and Adorno. Kitsch sublime forgoes productive contradiction, I think. The bureaucratic sublime is not, as it were, “perspectival.” Its relationship can be hostile, cloying, triumphant, poetic, anything. But it’s supposed to be a juxtaposition. Bad art, even mourning art like Eliasson’s asks to be your friend. And the environment is not your friend.

According to your study, Olaus Magnus was the first to analyze this territory as a vast archive instead of a wasteland. Are we inheritors of his perspective?

Olaus Magnus definitely shares something with the CLUI, I want to say, insofar as he embraced a kind of plotless arctic. He was a shameless aggregator of content, graceless and (indeed) wonderful. I still wish we knew more about his woodcuts.

The difference you establish between two modes of iconoclasm is also very revealing. The first mode makes the object disappear; the second mode imbibes the object with otherness. Could you elaborate on this idea?

The notion of iconoclasm as an all-or-nothing proposition simply doesn’t hold anymore. We’ve seen this with any number of fundamentalisms from past times and today, which brandish image-breaking as spectacle, its results as scene… the Taliban, etc. The arctic moment in the early modern was hardly the initiator of this trend; but it mandated conditions of sensory doubt that, I genuinely believe, we today need more than ever. 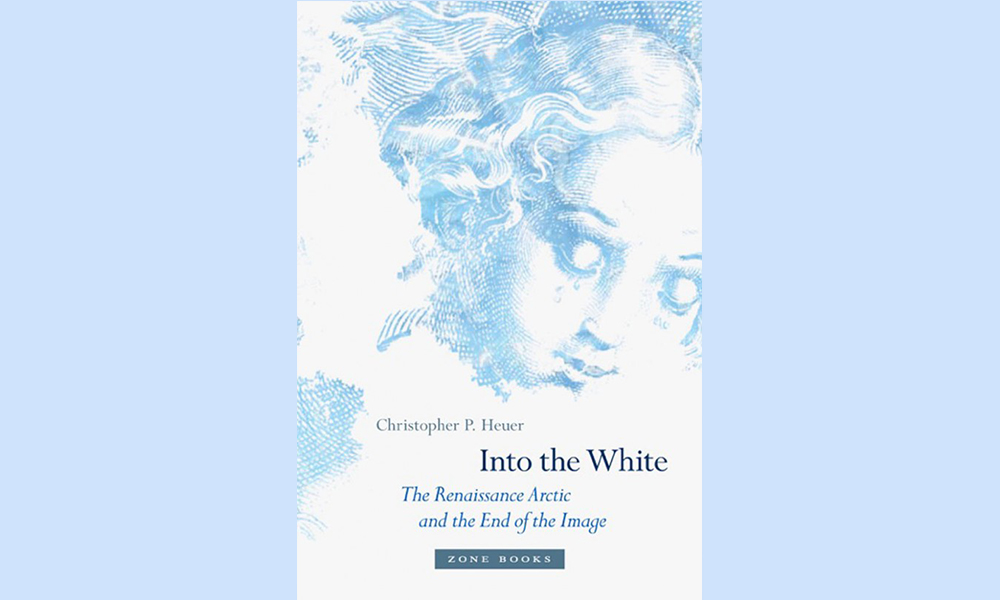