Kate Christensen’s harrowing new novel, The Last Cruise, follows three characters, each more compelling than the previous, as they find themselves adrift in a sea of trouble. Mick is a Hungarian chef working in the bowels of a less-than-luxurious ocean liner making its way from California to Hawaii. Miriam is a violinist in the aging string quartet hired to entertain the passengers, which includes Christine, a farmer from Maine in need of a change. It’s the perfect set up for a tragedy of errors on the high seas.

While it’s not entirely correct to say that Christensen’s career has flown under the radar, she has not had the breakout public attention she so clearly deserves. There’s not a better American novelist at work today, by my estimation. To date, she’s written seven novels and two foodie memoirs and might be best known for The Great Man, winner of the PEN/Faulkner Award.

Every sentence in The Last Cruise lands with authority and poise. The solidity of plot and of character in Christensen’s novels — in The Epicure’s Lament and Trouble in particular — remind me a great deal of Robert Stone’s fiction. I’d be hard pressed to find a higher compliment. Hoping to bring more readers aboard her impressive oeuvre, I reached out to Christensen for an interview. I might have twisted her arm ever so gently and we exchanged emails in early July to discuss contemporary classical music, female friendship, and truly awful vacations.

ANDREW ERVIN: How did this story begin? Which of these three characters came to you first?

KATE CHRISTENSEN: The idea for this book came out of obsession, as all my books seem to —obsession in this case with news stories about cruises going awry, which started popping up with alarming regularity a number of years ago. It suddenly seemed that every week or so I read something about a nasty ship-wide norovirus outbreak on the high seas, or an engine room fire knocking out power and stranding a ship for five days off the coast of Mexico with no refrigeration or air conditioning or plumbing. It all sounded like a total nightmare. I already had an inexplicable phobia of cruises — I’ve never been on one — so these stories both vindicated and amped up my fear. I began to realize that this might be a good premise for a novel. All three of my main characters presented themselves more or less simultaneously as soon as I started mulling over the best way to tell this story. I wanted access to all parts of the boat, so I needed a passenger, an entertainment crew member, and a below decks worker. And there were Christine, Miriam, and Mick, arising pretty much fully formed in my imagination.

The Last Cruise doesn’t strike me as overtly political in any way and yet the idea of a group of adrift passengers clinging to a slowly sinking ship, abandoned by its billionaire owner, feels timely somehow, doesn’t it?

If it does, I’m glad. It felt timely to me when I was writing the book, which was during the year and a half leading up to the 2016 presidential election. I wanted to embody the foreboding I felt, the sense that the center was coming apart in a whole terrifying new way, that our creaky, old democracy was now an entrenched, systemically sanctioned corporatocracy. Seven years ago, I moved to Portland, Maine, which happens to be a stop on the cruise ship route up the Eastern seaboard. Often, as my husband and I walk our dog on the edge of the peninsula the city is built on, we see enormous, hulking cruise ships in port, so grotesquely vast they almost dwarf the city itself. Each one disgorges hundreds of passengers into the narrow cobblestoned streets of the Old Port, throngs of consumers buying souvenirs and food and t-shirts, injecting the local economy with an infusion of money, and then they all get back onto the mothership and lumber off to the next port of call, trailed by a squad of squawking seagulls.

Every time a supership comes to town, it’s a little surreal, like the invasion of a strange, soft, rapacious capitalist army in cargo shorts and white jeans. During our first years in Maine, I became perversely fascinated with the entire pageant as it repeated itself throughout the cruising season: hulking white behemoth filling the harbor, gulping fuel and discharging exhaust, a mobile mega-hotel bigger and taller than our biggest and tallest building, its population suddenly glutting the town, then just as suddenly — gone. Aha, I thought one day: a metaphor. Or maybe I meant microcosm, or both.

Can you tell me about some of the reading you did for the sake of this novel? And was there specific music that inspired your depiction of Miriam and her string quartet, Sabra? I thought of Gorecki and Ligeti.

Ezra Laderman’s Six-Day War-inspired piece, “A Single Voice,” is possibly the closest musical relative to Rivka Weiss’s “Six-Day War Quartet,” but it’s really too beautiful and emotionally straightforward and unpretentious to be compared to what the members of the Sabra darkly dub “the Weiss.” I essentially created both composer and quartet out of whole cloth, as well as the Sabra Quartet itself. But yes, in terms of the atonality and dissonance of Weiss’s music, Gorecki and Ligeti are not far off the mark.

For behind-the-scenes cruise ship research, I read a couple of interesting books: Devils on the Deep Blue Sea by Kristoffer A. Garin, a history and exposé of the industry itself: its robber barons with their dodgy capitalist rule-breaking and kitschy vision of floating pleasure palaces. I also read Cruise Confidential: A Hit Below the Waterline by Brian David Bruns, which is the memoir of one of the only Americans ever to have worked in a below decks crew. It’s a funny, fun book, but it’s also a frank exposé of the working conditions faced by these mostly-young workers from all over the world.

I also read blogs by frequent cruisers and binge-watched YouTube videos of cruise ships in storms — most of them shot by passengers.

You have a remarkable talent for depicting friendship in your novels, the lasting joys and temporary tensions, especially among women. Christine and Valerie here provide a perfect example, and Josie and Raquel in Trouble also come to mind. Is that a point of emphasis while writing? How do you do it?

Thank you! In my experience, female friendship is an intense and singular beast. Each one is different, but my close friendships with other women have always run very deep and, in many cases, they’ve lasted for decades — I have several female friends I’ve been close to for something like 30 years (Jesus, time flies). And in the course of these long, enduring friendships, I’ve learned (often the hard way) that what makes a friendship last is a mutual willingness and ability to withstand tension, to roll with differences, and to come back together without resentment or guilt after times of distance since friendships go through phases the way marriages do. And like marriages, the more flexible and adaptive both people are, the more durable and long-lived the friendship.

I’ve had friendships end with both bangs and whimpers, and it’s always shockingly painful to lose a friend, even when my primary feeling is relief, which it has been at times. And as a writer, I tend to use everything that happens to me emotionally in my work, so the fact that I’m so deeply entangled with and invested in and committed to my own close female friendships somehow translates into a love of writing about fictional ones. I love exploring the ways in which women can love each other so passionately and fully, but without sexual or physical intimacy, and without binding vows, expectations of exclusivity, or demands beyond what’s offered freely. It’s complex and wonderful when it works, in both life and fiction.

What’s the worst vacation you’ve ever been on?

If happy vacations are all alike, maybe bad ones are bad in their own ways. I’m torn between two totally different ones: the five days I spent in New Orleans during the lead-up to Mardi Gras, when I got an infected cornea in one eye and had to lie in a dark room in acute pain, moaning, while second-line parades went by outside, Dixieland bands playing and drunk euphoric people throwing beads; or the time I went to an artists’ residency in Southern Germany. Does that count as a vacation? Okay, then I’ll pick the residency, if only because I travel on my stomach, and that was one of the worst food experiences of my life.

Eight years ago, 30 or more artists of various disciplines turned up in the Bodensee, including my now-husband, Brendan, and me. We came from the US, Europe, and Australia with happy visions of writing and painting and playing music in romantic high-ceilinged rooms, sleeping in grand carved mahogany beds with brocade canopies, and dressing for candlelit, beautiful, lavish, wine-soaked dinners in a medieval hall (at least I did). The promised medieval castle wasn’t a castle at all, but an ascetic monastery turned boarding school. So we slept in modern dorms in small kiddie bunk beds, shared the communal bare-bones bathroom with all the other artists on our hallway, and ate three meals a day crammed on benches at long institutional tables in a small side room of the school cafeteria, with no wine served. The head organizer of this residency, as it turned out, embezzled most of the money they’d raised and absconded with it, so we weren’t reimbursed for our travel. They also had not bothered to arrange for any workrooms or materials for anyone, so we all had to scramble to get any work done while we were there.

But the meals, for me, were the worst part. We had half an hour, three times a day for each meal: generally, on regular days, 8-8:30 for breakfast, 12:30-1 for lunch, and 6-6:30 for dinner. If you were late, you were out of luck, and you had to go and buy your supper at the former jail turned tavern across the grounds. Everyone complained about the food, which wasn’t surprising, since this was, after all, a boarding school, and a German one to boot. But even worse than the heavy, doughy, bland food was the atmosphere we ate in. The kitchen staff hated us. They yelled at us constantly. The people in charge regularly forgot to tell the cooks that we were missing lunch because of a field trip (showing the entrapped artists the wonders of the Bodensee in various vans was a large part of their agenda), forgot to tell the kitchen staff that we’d planned a bonfire cookout dinner so we wouldn’t be eating in the cafeteria, forgot to tell us that Sunday brunch had moved later, forgot to tell us that dinner would be earlier. There was a constant state of war between artists and cooks: when we showed up at a meal we weren’t expected for, they spat at us in German. When we showed up at a meal having failed to notify them that we wouldn’t be at the one prior, they screamed and threatened not to feed us. We all felt like bad children constantly, through no fault of our own — I have never been yelled at as much as I was during those three weeks. 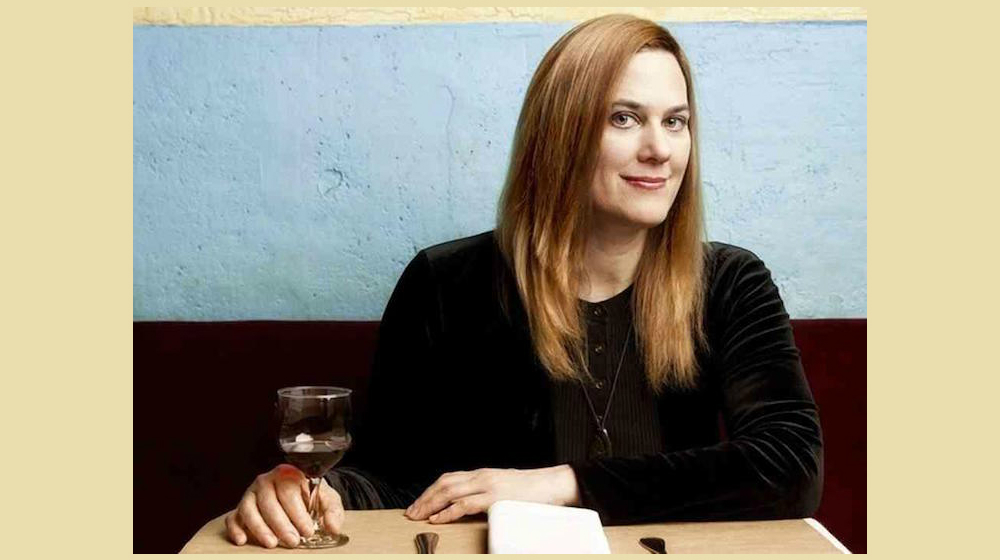