Lucas Mann is a memoirist who knows how to cover ground. His first book, Class A: Baseball in the Middle of Everywhere, recounts his experiences following a minor league baseball team. His second book, Lord Fear: A Memoir, reckons with his older brother’s fatal heroin overdose. His new book, Captive Audience: On Love and Reality, investigates his fascination with reality television and his love for his wife. In an unexpected sequence of events, Mann ends up writing the book as a letter to his wife, his companion in reality television fandom. Through the epistolary form, a simple study of Mann’s favorite television programs becomes what he now calls, “maybe the most personal thing that I’ve ever written.” Before a reading at Powell’s in Portland, Mann spoke with me about the organic writing process that generated Captive Audience, the intersections between reality TV and creative nonfiction writing, and the popular assertions that we are living in a “reality TV world.”

LUCAS MANN: That kind of just happened. I think it started pretty early on, but the end product was more that, like the whole book feels that way now, and that wasn’t the idea. But I think it grew out of being like, “The person that I watch these shows with is my wife and part of our relationship is loving being around each other and talking about this shit with each other.” And so something about it early on felt helpful or interesting or potent to be like, “This is not just me riffing on something, but this is me being in conversation with a specific person and trying to understand what we like and also trying to understand us.” It felt like it organically worked in that way.

Then, I think I also became interested in, the more it went along, this idea of trying to mirror the really intense, weird emotional experience that people offer up on reality TV in my own performance of myself on the page. And so I kind of liked the idea of these little sections to my wife almost serving as the confessional room in a reality show.

That was one of my favorite things about the book: the moments where you discussed potential intersections between reality TV and nonfiction writing. Were there any lessons you learned from reality TV that you applied in your writing? How did you conceive of those parallels?

I think I realized early on that, whatever I was doing, I had no interest in writing about reality TV like a cultural critic on high and doing: “This is something low and base, and I am not low and not base, and I am analyzing that.”  What compelled me to reality TV as a viewer was this weird sense of risk that they were offering up. Then it became important to me to at least try to honor that. Whatever you want to say about reality performers, that’s the tone of their performance, that’s the appeal of performance, that’s the intensity of it. I wanted to meet the subject at that pitch.

Again, I don’t think I realized this going in, but I did find a lot of parallels — in this sense of performing yourself, but also feeling like you’re exposed — this weird balance between intimacy and artifice, and then also the commodification of that. All of those things exist on a smaller scale — and I think a less horrific scale, usually — in personal writing. It does feel that way, and I thought it would be interesting to try to deal with the sort of murky gross implications of the work that I do while thinking about the weird murky gross work that these people do.

I started really writing the book after my second book came out, Lord Fear, which ended up being this intense thing about my brother who died of a heroin overdose and it mined my memories of him and mined his life and it mined my family’s grief and all these different things in ways that I stand behind. But when the book came out I had these weird, parallel feelings of “Why the hell did I put this out there? What a weird fucking thing to put this out there,” and then also, “Why isn’t it a bestseller? Why isn’t there a front page thing on the Times?” And so it felt like I was actively dealing with that combination of ambition, performance, and intimacy, and not wanting myself to be out there. It felt like there was no way for that not to seep into the subject matter.

What you said about “the confessional room” resonated with me, too, because there are certain parts of this book that feel quite confessional. What comes to mind are some of the moments where you talk about mimicking NeNe Leake’s speech patterns. I was wondering about your approach in this kind of confessional mode. Do you ever worry about being too intimate?

Everything that I’ve written, every book that I’ve published, is called a memoir by some and is talked about as being more intimate and more personal than I experienced when writing it. And so part of that is maybe just me fooling myself, and that I think the only way that I get myself to write is by telling myself that all I’m doing is going after an idea that I think is interesting. Then, if personal stuff comes into it, it’s in the service of that thought process. It totally could be that I’m just bullshitting myself, but that’s how it feels when I’m writing. Then, I’m sort of surprised after the fact when people ask personal questions, which is nuts because why wouldn’t they? But this started as a project that I thought wasn’t particularly personal and became I think maybe the most personal thing that I’ve ever written. I think everything that I’ve written has gone in some way through that process. The first versions of it, the first drafts of it, and the idea of it in my head were far less personal and far more of a study of something than the end became.

Could we talk a little about that other side, too — that sort of “study” aspect? How do you approach research in a book like this? Did you go back and watch the shows that you wrote about here, or were you more interested in conjuring the memories of watching those shows with your wife?

It definitely started with the memory aspect. There was definitely a point where it was like, “All right, do I want this to be a book where I go back and aggressively watch all the seasons of these shows and do a sort of academic survey, or do I want to have the structure of it based on things that strike me as being important in memory?” And so I erred on that side of it. But then there are all these sort of close readings of the shows that I watched. And so a lot of that was sort of, I would write down what I had in memory and then I would go back and watch scenes and keep watching and sort of refine these things or be like, “Oh, this is what I was wrong about.” So a lot of it was sort of intense re-watching.

In the last chapter of the book, you directly address the Trump presidency and the claims that we’re living in “a reality TV world.” Have you had any revelations about those ideas since writing the book?

One of the points that I wanted to make, I guess, was that it feels like so much of the conversation about Trump and the origins of Trump becomes trying to put “Aha” moments or trying to put a feeling of “This makes sense” or “I have an intellectual explanation” onto something that is pure, unquantifiable gibberish or just intensified emotion. And so, if I was going to write a postscript about Trump, I wanted to try to be honest to the helplessness that it feels like. Whatever I want to say about him, it feels like, “Okay, this is a thing. Yes it’s true,” but then also, all I understand is the intense feeling of watching this dude and being horrified by him. I feel like that continues to be my experience. I can sit around and write things about Trump, and I’ve written things since I wrote an essay for The Atlantic about Trump as the reality TV president or not or whatever. You can think about things, you can try to be logical, you can research things, but what’s most terrifying and most pervasive to me is this sense of constant, high-pitched emotion that doesn’t bend to reason or explanation. That’s kind of all I feel like I have still.

And do you feel like that’s consistent with the reality TV world?

I do think that, as I wrote in the book and have written since, there’s something limiting about just saying, “He’s a reality TV president.” In the same way that, long before him, the easiest way to wring your hands about the state of the modern society was saying, “Blank became reality TV.” Like, “Oh, I used to watch football before it became a reality show” or “I used to watch CNN before it became a reality show.” It’s the easiest thing to say, and all you’re really trying to say is, “It’s shit and I’m pretty sure I remember something better.” So I think that it is lazy and unhelpful, and I think that there are more subtleties to Trump’s role on reality TV compared to other reality stars. But I do think what is maybe most recognizable or most terrifying is just the fact of a close-up on a face presenting himself to you over and over and over again without really a care for veracity or logic or consistency — just the intensity of having to confront that face at a high-pitched volume. That’s a world that he has operated in successfully. And that feeling of being totally engrossed and also totally helpless, that does feel recognizable as a reality fan. 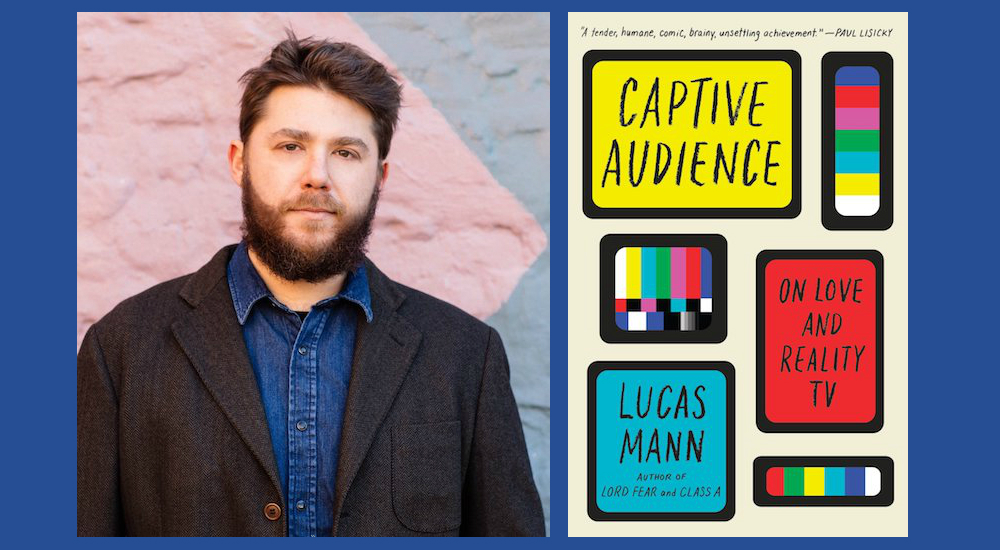