Shenila Khoja-Moolji is Assistant Professor of Gender, Sexuality, and Women’s Studies at Bowdoin College. She is the author of Forging the Ideal Educated Girl: The Production of Desirable Subjects in Muslim South Asia. We sat down to talk about her forthcoming Sovereign Attachments: Masculinity, Muslimness, and Affective Politics in Pakistan.

SHOBHANA XAVIER: Why did you decide to write a book about sovereignty and political violence? Why Pakistan?

SHENILA KHOJA-MOOLJI: This book emerges from my commitment to study how sovereignty and gender frame the life of a nation. While in the book I take Pakistan as a case in point, the intersection of masculinity and militarism, and the instrumentalization of Islam to regulate people, are palpable in other contexts as well. I wanted to highlight some of these intersections because they produce harmful binaries and calcify gender, sexual, ethnic, national, and religious identities. Studying processes of political violence can enable us to forge alternate politics and imagine more capacious forms of living.

What kind of cultural texts are you analyzing in the book? What interventions are you making to theorizations of sovereignty?

Sovereign Attachments is a meditation on sovereignty. While sovereignty is often considered an absolute and indivisible quality of the state, non-state actors too stake a claim to sovereignty by exercising violence and establishing rule. The Taliban in Pakistan are a classic example of this, as they have tried to control territory and engage in violence. Claimants to sovereignty, however, have to convince their audiences of their legitimacy. Therefore, the book argues that we consider sovereignty not to be a given but as an ongoing performance that unfolds in public culture. I examine a range of cultural productions, including musicals, magazines, social media, art, and memoirs, to draw out recurring figurations — such as valiant solider, perverse terrorist, dutiful daughter, and mourning mother — which show how claimants to sovereignty hope to win over their audience by mobilizing gender, Islam, and kinship. Sovereignty then is a relationship; an attachment to power that has to be cultivated. Crucially, the book shows that emotions, collective memories, understandings of normative Islam, performances of piety, and masculinity all play a role in how this relationship is established.

There is, however, also an indeterminacy in sovereign attachments that leaves room for the emergence of alternate politics. I show such forms of relationships through the figures of the “unruly daughter” and the “melancholic mother” who refuse statist prescriptions. The melancholic mother, for instance, rebuffs the memorialization of her dead son as a “shahid” (martyr). The book thus shows the simultaneity of attachment/consent to power and detachment/resistive politics.

The book introduces the conceptual idea of “Islamo-masculinity” – can you unpack this term for us?

In my book, I propose that state and non-state actors intensify relationships of sovereignty in the context of Pakistan by performing normative masculinity and Muslimness. I name this melding: Islamo-masculinity. Islamo-masculinity permits performers to mobilize both the privilege of normative masculinity and that of normative Islam, while demarcating aberrant masculinities. It relies on particular figurations of femininities — daughters in danger or the mourning mother, for instance — in order to become relationally legible. It also interlinks with discourses of heteronormativity and modernity. Islamo-masculinity then does things; it mediates the relationships of sovereignty that exist between claimants and attentive publics, between the individual and the collective. It is how we, the public, become attached to power and give consent to its exercise.

The second half of the book focuses on the role played by women in the story of sovereignty in Pakistan. How is a gendered Muslimness constructed by these subjects?

The figurations of women that I focus on in the second half of the book reiterate state and Taliban assertions of sovereignty by performing subordinate femininities that buttress their claims to Muslimness. One of the chapters includes a study of female militants and military women while another examines women’s figuration as betis (daughters) and behans (sisters) across state and Taliban archives to reveal how sovereignty is performed through recourse to kinship feelings. Yet another chapter expands this theme to showcase women’s emotional labor in forging sovereign attachments particularly in their roles as mothers of soldiers, militants, and dead citizens. Together, the three chapters outline women’s contribution to the Islamo-masculinist claims of the state and the Taliban through gendered labor, and embodied and affective comportments.

Your discussion of the ‘mourning mother’ as an affectively-laden pedagogic figure for the state is fascinating, but so is your theorization of ‘the melancholic mother’ as her foil. Tell us about these two figures. What functions do they perform for the state or in relation to the state?

The figure of the mourning mother is often employed during wartime and crises to signify loss. While in some cases the suffering of the mother can be a forceful appeal for peace, it can also be used to fan the flames of war or legitimize counterinsurgency operations. In the book, I follow the figure of the mourning mother to examine the political and affective work that she performs for the state: she is didactic in that she teaches appropriate affect management to mothers whose children may have died on the battlefield or during terrorist attacks; she activates the protective impulses of the masculinist state and male citizens, producing the ideal affective landscape for counterinsurgency; and in the aftermath of crisis, she allows the national public to materialize as a mourning collectivity, bind itself to the state, and ready itself for revenge. What is remarkable is that this figure also appears in the Taliban magazines, where she helps to reframe the militants’ suicide attacks as sacrifices for religion. In both cases, mourning, followed by detachment from the lost object and reattachment to the sovereign, is prescribed as the normative affective trajectory for mothers.

“Melancholic mothers,” on the other hand, mourn differently to form a counterpublic to the state. They decline the nationally prescribed ways of managing their grief and, instead, protest on the streets, criticize politicians and bureaucrats, and reject honorific titles for their dead sons. They thus advance a critique of the state and perform affective agency that blocks positive collective emotions toward the state. The two figures then give us a glimpse into the simultaneity of forces that reinscribe statist authority and those that erode it.

What other projects are you working on now?

I am currently working on a book that examines displaced Shia Muslim women’s memories and creative productions. My hope is to work against the common imagination of refugees as dependent, passive subjects and instead show the place-making and world-making labor that refugees themselves undertake, often under extremely constrained circumstances. My grandmother and mother are such displaced women, so this book is a labor of love for me. I hope to illustrate for my readers displaced women’s joy, faith, and lived ethics. 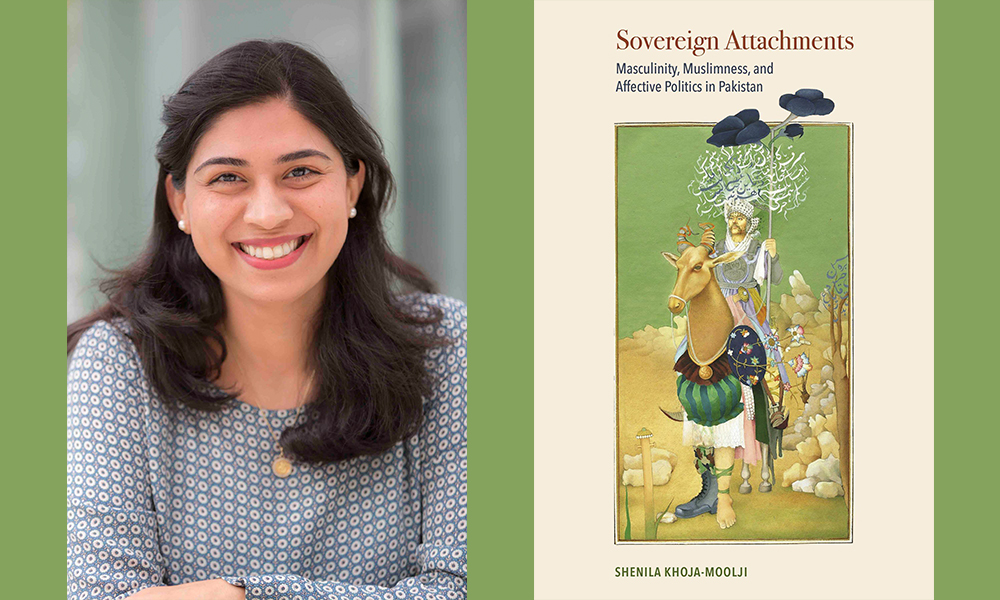