This store is no longer an active participant in LARB’s Reckless Reader program. Click here for our current partner stores for a 10% discount on books. If you aren’t a member and would like to receive this discount and many other perks, join today!

If the walls lining the Grolier Poetry Shop, a small room on Plympton Street in Cambridge, Massachusetts, could speak, it would tell tales of some of the most celebrated 20th century American literary figures. From Harvard poets like John Ashbery, Frank O’Hara, and Robert Creeley, to the poet Conrad Aiken who lived upstairs, to visitors like Denise Levertov, Marianne Moore, Adrienne Rich, T. S. Eliot, and Allen Ginsberg, the Grolier is and always has been an invaluable northeastern nexus of the American poetry scene.

Recognized as an American Poetry Landmark by the Poetry Society of America, the Grolier has fostered a living, breathing community of writers since its inception in 1927, when Gordon Cairnie and Adrian Gambet opened a shop for first editions and rare or obscure literature. Their partnership would not last long, but Cairnie ran the Grolier for nearly 50 years, establishing its reputation as an elite literary club, albeit a very male-dominated one at that. It seemed that Cairnie happened to know just about everyone, as Donald Hall once remarked, and maintained intimate correspondences with many American poets. The shop itself functioned as a kind of hub for socializing, a crossroads locale where students and emerging writers could brush shoulders with Cairnie and hope for introductions; after all, an early 20th-century trust fund kid, Cairnie himself didn’t necessarily need to make money from his books. 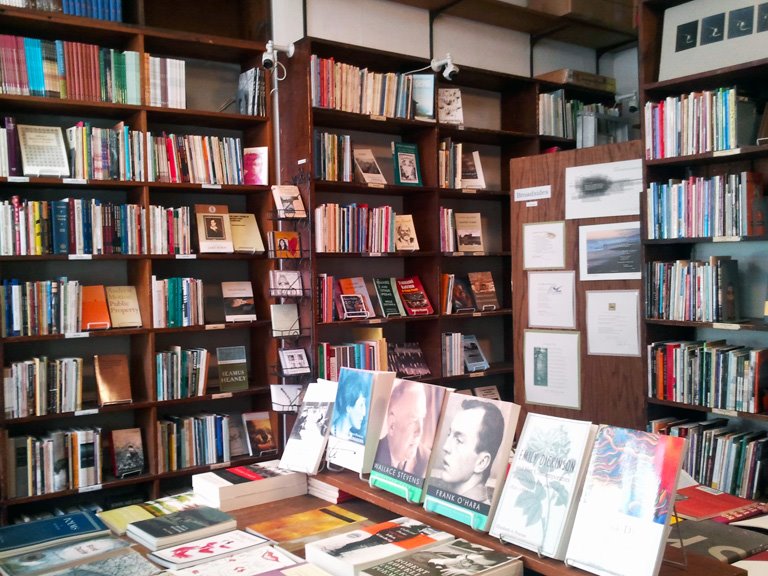 When Louisa Solano took over the shop in 1974, she decided to stock her shelves with exclusively poetry, especially the work of poets of all genders, sexualities, and nationalities, in the name of giving visibility to writers who had not been represented on her predecessor’s walls. Thanks to Solano’s efforts, the store’s stock began to reflect a dedication to diversity, a dedication still at the core of the Grolier’s operations. Solano was inspired to chip away at the store’s historically white male atmosphere, and do away with the chumminess of the past; there would be no more men wandering through to borrow books, and instead, there would be customers. She established a renowned reading series and started the store’s poetry prize, and transitioned the bookstore into a modern business.

By the time Nigerian poet and philosophy professor Ifeanyi Menkiti bought the Grolier in 2006, its future was uncertain. The previous few years had been tough on Solano’s health and bookstores across the country were grappling with questions of how to maintain customers in the face of Amazon. Menkiti, who knew the Grolier from its Cairnie years, felt compelled to save what he considered to be an indispensable cultural institution. He bought the shop as a labor of love, leaving his university job at Wellesley to devote his life to the power of poetry and the legacy of a literary landmark. With a small but extremely capable staff — Menkiti, his wife Carol, and Elizabeth Doran, who runs the shop on a day-to-day basis — the Grolier continues to put on events and readings that engage its community of locals and visitors amid Amazon’s ever-spreading tentacles. 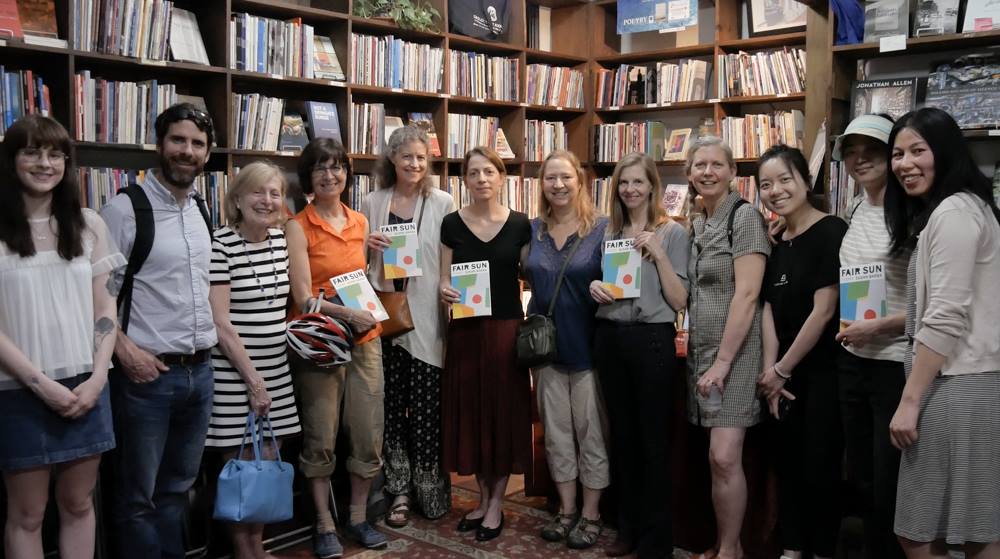 The Grolier is a place where conversations about poetry thrive, where all lovers of the craft still mingle. It is a space for the New England Poetry Club, who recently co-sponsored a talk on the state and use of poetry with Steph Burt and Dean Rader, with a conversation moderated by Menkiti, the owner-and-poet himself. And where Polish poet Ewa Chrusciel read in November from her newest book with Omnidawn, Of Annunciations, a haunting prayer of the current migrant/refugee crises. It is a space for book launches, for conversations, for introductions to new and necessary work as much as an icon of poetry’s past.

Menkiti and his staff are motivated by love and a sense of political necessity, and have as much reverence for the art of poetry as they do for the shop itself. Menkiti, a huge fan of Pound (he wrote an award-winning undergraduate thesis on the poet, and reads Pound’s verse so beautifully, even over the phone quoting canto LXXX), told me that the one thing that keeps him going is a courage he can only access because of the knowledge that poetry is good, that poetry matters. In conversation, Menkiti told me that literature has a job to do, that it can give you the push you need to keep going, the push that we need, now more than ever, to raise a critical mass of voices and re-energize this world.

A very happy 90th birthday to the Grolier, and welcome to LARB’s Reckless Reader program!

Not a member and want to receive special perks and discounts at the Grolier Poetry Book Shop and other participating stores? Become a member and we’ll send you a Reckless Reader card and all the perks! 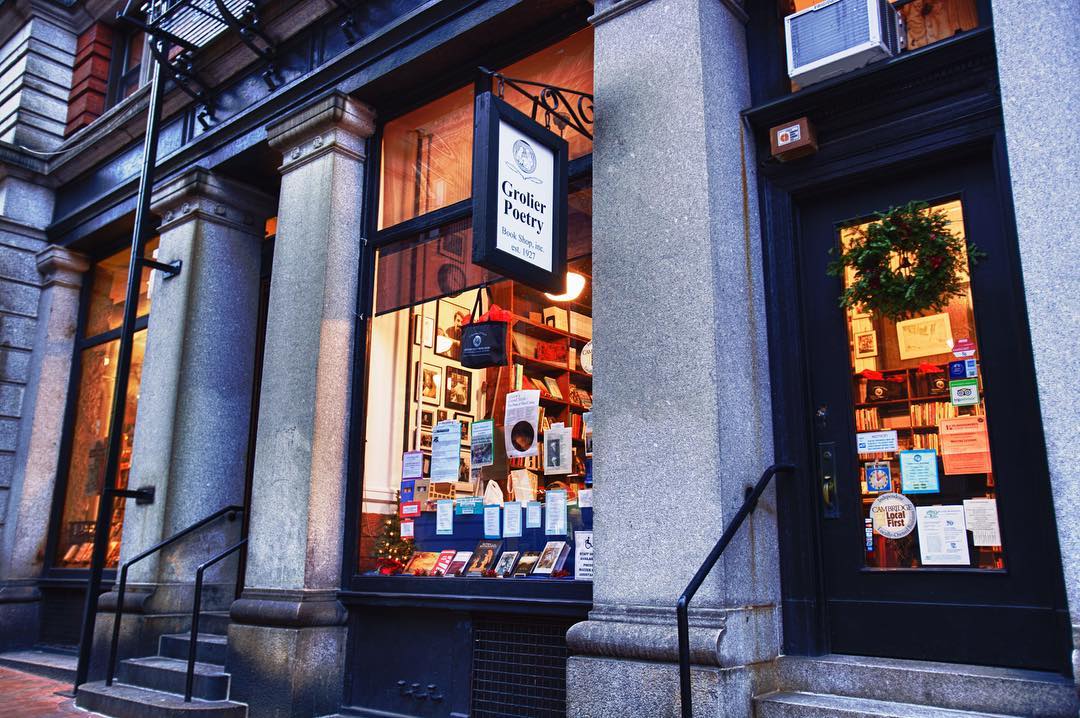