Trinidad-born novelist V. S. Naipaul, who died last week at age 85, will always be twined in my memory with Trinidadian Archbishop Anthony Pantin, who died in 2000.

In 1974, between my sophomore and junior years of college, I spent two months in Trinidad, staying in Laventille at the home of the great-aunt and great-uncle (siblings) of one of my university friends. Laventille was a working class neighborhood on the Eastern Main Road close to both the capital, Port of Spain, and the University of the West Indies’ St. Augustine campus. Laventille is where the steel drum was invented and where the House of Angostura, which makes Angostura Bitters, is headquartered.

Catholic Archbishop Anthony Pantin (1929-2000) was an important figure on the island, not just because 20-25% of Trinidadians were Catholic, but also because he provided a reformist counterweight to Prime Minister Eric Williams, the Oxford-educated historian who was Trinidad’s Prime Minister from Independence in 1962 until his death in 1981. Williams’s rule was harsh by the standards of former British colonies in the Caribbean.

Pantin was a trusted mediator during both the 1970 Black Power Crisis and the attempted coup in 1990. A beatification process began in 2013 to have him declared a saint. In thumbnail, Pantin resembles Pope Francis: In a 2001 article in the Los Angeles Times, Mark Fineman referred to Pantin as the “people’s priest” and wrote, “Pantin chose to live in Trinidad’s poorest parish during his first five years as archbishop. He drove a Volkswagen Bug. He picked up hitchhikers. He was adored by the poor. And he alienated many among the nation’s rich.”

When he was Father Pantin, the Archbishop was my university friend’s dean at St. Mary’s College, a secondary school, so when I contacted him, Pantin invited me to the Archbishop’s House. He was dressed in a white cassock when we met, and after talking for half an hour, he suggested a tour of Laventille, where he had served as a parish priest. Driving his aforementioned 1960s VW Bug, he showed me the church my friend had attended and other places of interest. He knew many of the people we passed by name and waved as we drove by.

Pantin was well read and had a fine sense of humor. We talked about Prime Minister Williams and C. L. R. James, two of Trinidad’s leading intellectuals of the 20th century. Then the conversation turned to V. S. Naipaul, a Nobel laureate known equally for his literary gifts and for portraying Third World people in an ungenerous light; he viewed the Caribbean, as well as Africa and India, through the lens of Oxbridge and judged them sorely lacking. Of course, the Great Britain Naipaul revered couldn’t live up to that standard either.

Asked about Naipaul, Archbishop Pantin sighed and, after a brief pause, replied, “If I had an attitude like his, I’d have to hang up my cassock.”

The Archbishop had the last word. 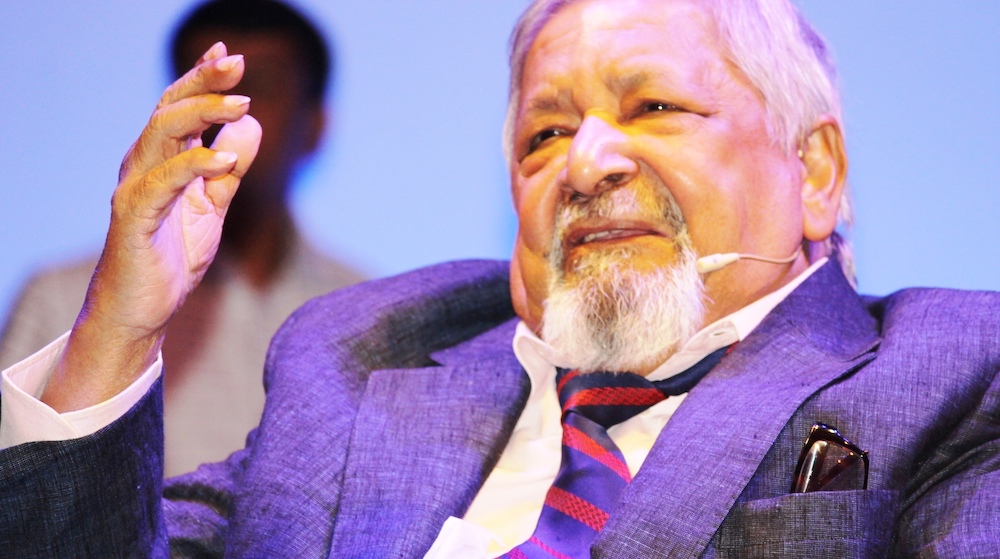