Eileen Battersby, author, journalist, and literary critic, died following a car crash two days before Christmas at the age of 60. In one of a series of tributes in The Irish Times — the paper to which she contributed for over 30 years — the writer Richard Ford balked at learning her age, insisting that Eileen always retained the energy and mannerisms of youth. This was a sentiment echoed by many in the tributes that appeared in the paper and on Twitter during the following days, and most poignantly by her daughter Nadia during the funeral service in Drogheda, Ireland, on New Year’s Eve, where she told the 300-odd mourners present that her mother “never took leave of the kingdom of childhood.”

Born in Los Angeles, California, Eileen had come to Ireland as a teenager with her family, and after finishing her schooling went on to study English literature at University College Dublin, completing a Masters Thesis on the American novelist Thomas Wolfe. She was to retain this interest in the literature of her homeland throughout her life, setting her only novel, Teethmarks on My Tongue (2016), in the Deep South and showing a continuing grasp of the rhythm and slang of everyday speech. A critic known for her sharp opinions and uncompromising standards, she nevertheless acted like most debut authors, awaiting reviews of her book with a degree of anxiety; she was particularly happy with Edmund White’s favorable review in the Huffington Post, which praised the novel’s passion and expert construction.

Eileen’s career as a journalist blossomed soon after her studies ended. She started at the London office of The Irish Times, covering sporting events, which led to her first double-spread on Wimbledon in 1989. Sport and athletics were always a passion, as were German landscape painting and horse breeding, but she soon found her true calling in reviewing literature for the paper, becoming a staff journalist in 1990 and later taking up the position of Literary Correspondent. For a few years in the late 1990s and early 2000s, one could read her incisive interviews with a number of public figures, including sportspeople and lawyers as well as authors, and her idiosyncratic style of often talking more than the interviewee was excused when she produced intuitive, well-informed pieces in pristine copy. She recalled with amusement her meeting with Saul Bellow at Chicago University: he liked her and accompanied her to the bus stop, even buying her an ice cream as he thought she looked hungry. When she finally got on the bus, a student sitting nearby told her that her grandfather looked sad to see her leave. Eileen then informed her who the man in question was — not a relation but a Nobel Prize-winner. “For what?” came the response.

Not everyone considers novels important, of course, but for Eileen they continued to offer the promise of unknown worlds, just as they did in our childhoods. This was the source of her “eternal youth” — a mind that could travel and discover and understand the imagined lives of authors through the voices and experiences of the characters she read about. One had the impression that, like the protagonist of her own novel, she spent her childhood devouring maps and history books when not outside running or horse riding.

Eileen preferred to talk about characters and authors and animals more than to reveal details about herself. An early and short-lived marriage was seldom mentioned, although she kept her husband’s surname, and her life and loves before the birth of her daughter and her settling in County Meath — where she mucked out stables and tended to the needs of her animals — were discussed much less than the state of US politics or the latest novel she had sat up all night reading. Given leave to work from home in recent years, she would read voraciously between her daily chores, driving to the historic Hodges Figgis bookshop in Dublin for the urgent procurement of a book that had never been delivered but needed reviewing, or to the local coffee shop if her home internet was on he blink, as it often was.

In recent years she concentrated more on literature in translation, devoting many of her weekly slots to otherwise overlooked novels from lesser-known languages. A review of Celia Hawkesworth’s English translation of Belladonna in the Los Angeles Review of Books prompted a meeting with the Croatian author Daša Drndić — who died of cancer last June, at the age of 71 — and left a deep impression. Drndić was already very ill, and Battersby was taken with her bravery in tackling the big issues of genocide and culpability; Drndić championed the forgotten and neglected of society, very much as Eileen herself did in her support of novels from small, Indy publishers, whose “foreign” books were often lost in the hype that surrounds American or British offerings. She saluted the bravery of those small presses and was always hungry for the honest and original voices she believed literature in translation brought forth.

Her sympathy with the underdog was also evident in the love and respect she showed towards animals, especially those she had rescued and tended at her rambling, rural Irish home. Her journalistic writing and broadcasting frequently included references to the lives and sufferings of her 12 horses, or the unknown number of her beloved dogs and cats. In 2011, she published Ordinary Dogs with Faber, a book that recounted her long and rewarding relationship with Bilbo and Frodo. It won her many admirers, and she often mentioned the letters she regularly received from readers all over the world (mostly women), who wrote to her to tell their own stories of canine fidelity.

I met Eileen, as many British publishers have, over the phone. I had been “warned” about her habit of calling unannounced, her quick-fire way of speaking and the difficulty of breaking off conversations that may go on for hours. I sensed a whiff of fear in people’s response and I admit to approaching those calls with more than a little trepidation. In our increasingly individualist world, where communication via a screen is becoming the comfortable, airtight norm, how rare it is to find someone willing to reach out and share not just their genius, but also their frailty, their need for company and validation. She had a brain that could retain vast swathes of historical fact, or pinpoint the underlying force of a narrative, but she was also quick to condemn a personal slight or a professional compromise. She appeared to remember every conversation she had ever had. She was proud of the fact that her reviews were not simply a retelling of the back-cover blurb, and wrote in a recent email that “the very thing writers always praised me for was the fact that I concentrated on language, mood, tone, and nuance.”  She was uncompromising, sometimes overwhelming, and always boldly honest, known for her frenetic diet of hot chocolate or milky coffees laced with five sugars as much as for her idiosyncratic interviewing techniques. She was intensely human and humane, and as the years went by, I learnt so much from those phone calls. How sobering it is now to find my own need aching in my chest as I come to realize that I shall never hear her urgent, dear voice again.

Since parting ways with The Irish Times in June, Eileen had been spreading her wings, writing reviews for The Guardian and The Observer, as well as the Financial Times, the Times Literary Supplement, and the Los Angeles Review of Books. She had just completed a 3,000-word article on Uwe Johnson’s massive novel Anniversaries, which NYRB Classics has brought out in Damion Searls’s translation, and had many more books lined up for review, as well as the Western she had started to write. As the Vienna Philharmonic ended their annual New Year’s concert with the bracing beat of the Radetzky March, I remembered her love of Joseph Roth and my copy of his novel of the same name, with her enthusiastic endorsement on the front cover. She would always complain if a publisher had credited her quote to The Irish Times instead of using her name. She wanted to be known, first and foremost, as an author of an art form that she spent her life championing. She will be remembered by her family and friends as a fiercely loyal companion, and by anyone whose life she touched as a rare force of nature. Life will be infinitely less colorful without her.

Eileen Battersby is survived by her daughter, Nadia, her mother, Elizabeth Whiston, and her three siblings. 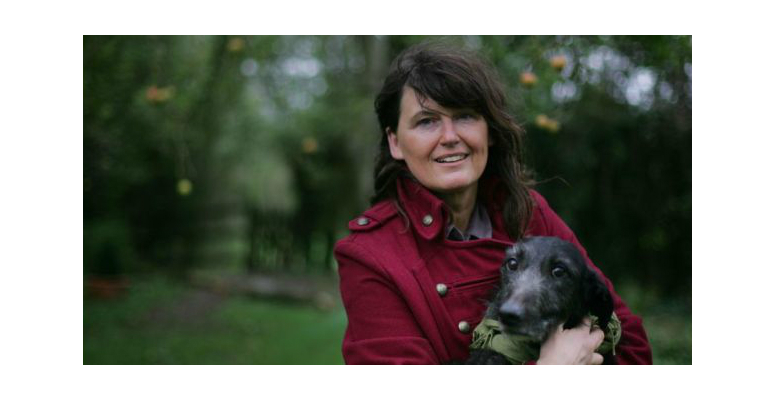