It was in 1966, I think. I had been at Sussex University for three years and had been roped in by John Cruickshank, the Professor of French, who was editing a 6–volume critical history of French literature, to write the Proust chapter. As was the custom, I had read a draft to a seminar consisting of the other contributors, most of whom were from Sussex, and afterwards John introduced me to a seemingly shy Irishman who, he told me, had just joined the faculty. This was George.

As we talked that day it became clear to me that he combined in a unique way an extreme diffidence with a remarkably clear mind and very strong views. It also became clear that we were so in tune with each other as to seem almost uncanny.

In the following thirty years I sought him out whenever I could, for conversation with him was like bathing in a refreshing stream. His bent of mind was entirely original. Though he was as well–read as anyone I knew and, moreover, fluent in several languages apart from French and German (he had been one of the elite cohort to learn Russian in his National Service years, along with the playwrights Michael Frayn and Alan Bennett), it was not his erudition that was striking so much as his way of approaching literature — a way that seemed to owe nothing to anyone yet was not in the least eccentric. When George started to speak about literature all one’s ideas about it fell away; one was looking at the subject for the first time. His perspective was truly extraordinary and impossible to summarize or explain, for it was based on no theory and seemingly no preconceptions. Suffice it to say that he treated each work — as he treated each interlocutor — entirely on its merits and gave it his full attention.

In a moment I will give a small example of George at work. But now I want to say a word or two about our various collaborations. In the early 1970s we ran an MA seminar on Modernism together. I learned more in the course of that term than I had learned in my entire three–year undergraduate career at Oxford. Again, it was not new facts that I acquired so much as new questions to put, along with a fresh and illuminating way to approach a topic fraught with difficulties. I also learned the value of silence. I have never taught with anyone who was prepared to hold a silence as long as George. It was a sign both of his diffidence — who was he to butt in and nudge the seminar into responding? — and of his confidence — he sensed that out of that silence something would be born.

I also invited him to write an essay for a collection on the modern English novel I had been asked to edit. I wanted him to write about one of his central concerns: what happens when one reads a poem or a book. The finished piece was so good I put it at the start of the volume. In the wake of his death an Indian critic wrote online: “His ‘Reading: Who is Doing What to Whom?’ is the most truthful essay I have read on what it is to read with intensity.” But boy did I have to work to get it out of him — and it almost broke our friendship. The darkest moment was when I rang to find out how he was getting on and his wife Annie answered the phone. As she lifted he receiver I heard George shout: “If it’s Gabriel say I’m out.” I vowed there and then never to edit any collection of essays again.

George’s slow delivery was not the result of laziness on his part, of course, but purely and simply of diffidence. or modesty — I don’t quite know how to describe it, but I think it was that he could not believe that anything he wrote would be worth reading. Things were quite different when he was face to face with you — or with students. Then he came alive, was never at a loss, though, as I have said, happy to allow silences to develop, to give the person he was in dialogue with all the time in the world.

From the moment in 1967 when we first met I found in George my best reader — both of my criticism and of my fiction. He had, I felt, an instinctive empathy with what I was trying to do, quite often grasping this better than I had, even though I had written it. This emerges so clearly in the last email he ever sent me, which I will treasure for the rest of my life. I hesitated to share it because it is very flattering, but the more I thought about it the more I felt my scruples dissolving, because it is so very good and so very George. Here it is, with my comments interspersed.

He writes to me having read my most recent novel, The Cemetery in Barnes: “Gabriel, I imagine you’ve had the reviews of your latest, and I hope they’ve pleased you.” So considerate, as always, but — also as always — brief and to the point, and never leaving any doubt as to the genuineness of his feelings. Then he gets down to business: “What I wanted to pick up on is your (quite extraordinary) risk–taking: the invention of and focus on someone so utterly different from yourself. All those safe–guards, all that carefully calculated avoidance of everything that matters, whether in human dealings (controlled warmth rather than passion, translation rather than invention, neatness rather than risk…) all this took my breath away.” So characteristic of George to see risk–taking as the key to the book. No other commentator would even think of such a concept, which takes life and art as a seamless whole — and I have to say I had not thought of it myself, until he mentioned it. Then I realized that this was indeed at the heart of my characterization of the protagonist, though I fear George was too generous in taking him to be someone “utterly different from yourself”; my own feeling is that I am, sadly, more like him than I care to admit. Who am I to say, though? Perhaps George’s view of the matter is the correct one and I am being too hard on myself. What I am sure about is that his way of coming at the novel cut to the quick as only George could.

But he has not finished. His conclusion brought tears to my eyes when I first read it. “I think back to the feelings I had,” he ends, “when, all those years ago, I read the draft of what would become The World and the Book — and then to those I have now when, if I may say so, I see you with Tamar, I gasp: More! More!”

This is extraordinary, and perhaps could only have been written by George, a man of great reserve, because he felt he might never again have the chance of saying it. I realize that all my writing life, more or less, has been encompassed by the two books George mentions. Indeed, that Proust essay he came up to me to talk about in 1967 was at the heart of my first critical book, The World and the Book, which of course I showed to George in draft to get his comments. And in this letter he suddenly brings my whole writing life, indeed, my whole life, into focus, and comments, obliquely, on one of the two central relationships in my life, before that heart–stopping ending, “more, more!” which will encourage me, in whatever dark days lie ahead, to keep on with my work.

All deaths are devastating, but those that come at the end of a life fulfilled are, I think, much easier to cope with. And such was George’s life. And the reason can be summed up in four words: Samuel Beckett, Dan Gunn. For it was Dan who brought George on board the project that filled his retirement and which it felt in retrospect as if he had been preparing for all his life, the editing of the Beckett letters, and the translation into English of those written in French by Beckett, for which he will be remembered in the world of letters for as long as such a world exists. It was Dan who made it possible for George to exercise his remarkable gifts as an Irish speaker of both English and French, as a man with a wonderful ear for the nuances of language and the resources to render these into another tongue, and as a gimlet–eyed editor and proof–reader, in the course of this mammoth project.

But of course it was the unique affinity of George for Beckett that was the key to the whole thing. And as I try to grasp what it was they had in common I find myself returning to a poem of Wallace Stevens, which seems also to be the perfect summary of what was so special about George. It is a poem with a strange title, which I will not try to elucidate here, “Lebensweisheitspielerei,” and it goes like this:

Weaker and weaker the sunlight falls

In the afternoon. The proud and the strong

Those that are left are the unaccomplished,

Natives of a dwindled sphere.

Their indigence is an indigence

That is the indigence of the light

A stellar pallor that hangs on threads.

Little by little, the poverty

A look, a few words spoken.

Each person completely touches us

With what he is and as he is

In the stale grandeur of annihilation.

Gabriel Josipovici was born in Nice in 1940 of Russo-Italian, Romano-Levantine parents. He lived in Egypt from 1945 to 1956, when he came to Britain. He is the author of sixteen novels, three volumes of short stories, eight critical works, and numerous stage and radio plays, and is a regular contributor to the Times Literary Supplement. 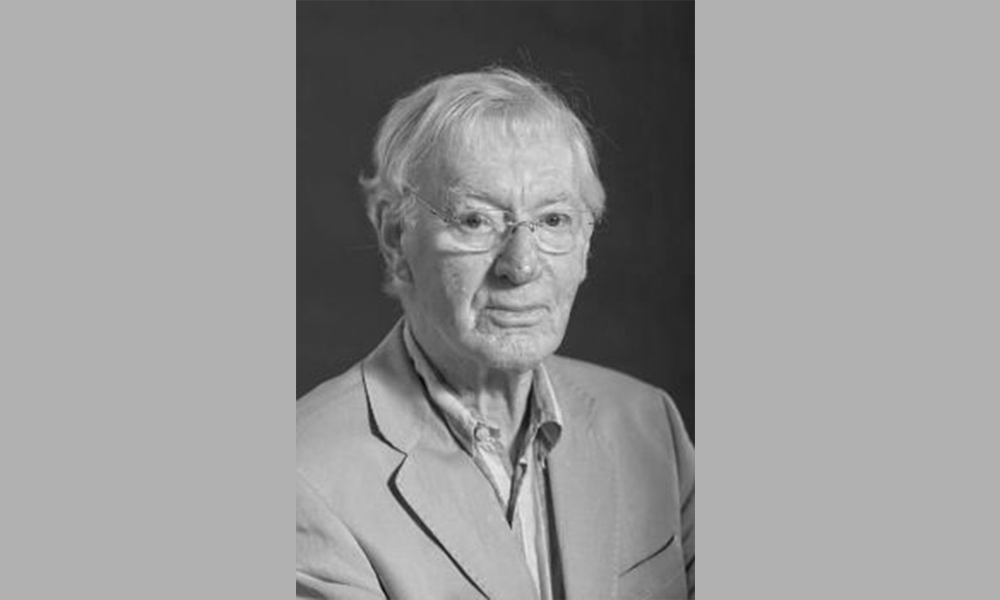