Clive James died in November at the age of 80. He wasn’t nearly as well known in America as he was in the United Kingdom and Australia, in large part because he was not only a literary critic and poet but also, more publicly, a television personality in the latter two countries. He had appeared on television in America, too — in a PBS series titled “Fame in the Twentieth Century” — but not as prominently as in Great Britain and Australia, where his name and face were recognized by people who did not necessarily spend much time in libraries or bookstores.

For an obituary in The New Yorker, Adam Gopnik wrote: “Though this is not all he was, it was, above all, what he was: the most beautifully equipped critic of his time, who combined overflowing polymathic erudition and a passion for aphoristic sentences with a huge well of what was not so much common sense as a moral sense. Sooner or later, he could put his finger on the core point of anything in the arts.”

Born and reared in Australia, he moved to England in 1962, attended Cambridge University, and, 10 years later, became the television critic for the Observer, an assignment that soon made him famous in his adopted land, for his commentaries on television shows were, according to several people who were paying attention at the time, almost compulsively readable and quite often hilariously funny. He gained a reputation for irreverence and erudition. He later wrote about attending the first taping on television, in August 1976, of the Sex Pistols: “During the recording the task of keeping the little bastards under control was given to me. With the aid of a radio microphone I was able to shout them down, but it was a near thing… They attacked everything around them and had difficulty in being polite even to each other. One had grown used to pop performers dressing up in silly clothes and pretending to be horrible, but here were performers dressing up in silly clothes who really were horrible.”

He began appearing regularly on television himself in the 1980s, and he quickly gained an audience of Britons who could appreciate the wit and energy that characterized him in almost any setting. He was an intellectual, but not pompous. As he told Martin Amis: “A sense of humor is nothing but common-sense dancing.” But for James it was more than a question of common sense, as the British novelist Howard Jacobson pointed out in an obituary in The Guardian, “it was a most uncommon genius for expressing subtle thought in the language of men speaking to men. The word for this isn’t populism: for him it was, as a matter of principle, intellectual good manners.”

I never saw Clive James on television. I cannot place quite when I first became aware of him as a sort of intellectual paladin, but at some point his critiques of poetry swam into my ken, and it was inevitable, I suppose, that I would discover his essays and reviews on divers other subjects, as well. He was the kind of intellectual I most readily admire, an intellectual without an academic anchor who ranged freely over vast tracts of cultural production, utterly unafraid to run counter to the prevailing trends in political and social thought, sailing into each piece of writing with customary wit and brio. Christopher Hitchens was another such intellectual, and so, for that matter, were Edmund Wilson, Walter Benjamin, and George Orwell. All five of these writers were polymaths endowed with an abiding love of poetry and, more generally, language, and all five displayed self-confidence amounting, in the eyes of less adventurous souls, to arrogance, being unafraid to contradict the dictates of intellectual fashion.

Clive James’s tastes in literature were more catholic than mine, and he seemed to have read everything. Through his writings I was introduced to essayists and poets I had never heard of, and although I didn’t always admire the same writers and poets he admired, or I didn’t admire them to the same extent that he did, I consistently found his tastes and predilections in literature to be provocative and worthy of consideration, which is something I can say for only a few other critics who have been writing in this century. Clive James belonged to the tribe of cultural critics who believed explicitly in a hierarchy of tastes. He abjured the school of thought, the postmodern school, that insists that meaning is always politically structured, and language, literature, and art are merely the expression of the biases of a dominant group. In other words, he rejected the suggestion that all cultural phenomena are equivalent: that Rembrandt cannot be held superior to Warhol or Abraham Lincoln to Ronald Reagan. The postmodernist school espouses a system of values that can be taken seriously only on college and university campuses.

Clive James, like Ernst Gombrich and Susan Sontag, constructed his cultural and artistic values — his tastes — over a lifetime, and he could not be persuaded that they reflected no more than the prejudices of a privileged caste. People who hold this postmodern view misperceive all of culture as a struggle between dominant and subjugated groups. In other words, for them, politics subsumes everything. This is a simple-minded way of looking at the world, which partially explains its popularity on college campuses: it can be summed up in slogans, and it can justify a rejection of sophistication. Clive James wore his sophistication lightly; it did not prevent him from enjoying popular television shows, crime fiction, or rock ‘n roll, and he was never tempted to equate Rod McKuen with his favorite post-World-War-II poet, Philip Larkin.

Long before I encountered any of Clive James’s essays, I had come to think of an enthusiasm for Philip Larkin’s verse as a very hopeful sign in a reader, an indication of sensitivity to the finer registers of language. Larkin inherited — not outright, but to a considerable extent — W.H. Auden’s audience, as Auden had inherited — again, not outright, but substantially — Thomas Hardy’s audience. Readers attuned not just to the meaning of a line but to its resonance and shades of irony and ambiguity were drawn, over the course of the twentieth century (and, of course, not exclusively) to these three English poets. To this trio one might want to add two Americans, Robert Frost and Elizabeth Bishop, but, however you measure it, they form an exclusive grouping of poets. James devoted himself especially to Larkin, even issuing, shortly before his death, a modest collection of the essays on Larkin he had written over the decades.

Another collection of his essays, Cultural Amnesia, belongs on the shelf of every eclectic reader. It was in perusing this book, several years ago, that I began to have a more expansive sense of the café society that could be found in Vienna, especially, and in Berlin, too (to a lesser extent), in the final few decades of the 19th and the first few of the 20th century. I had previously read, a decade earlier and on the recommendation of friends, Carl Schorske’s diverting Fin-de-Siecle Vienna, which introduced me to that city in a period when its culture was flourishing and anti-Semitism was alarmingly on the rise, but James’s quick, impressionistic sketches of Peter Altenberg, Sigmund Freud, Egon Friedell, Karl Kraus, and Arthur Schnitzler added colorful foreground detail to Schorske’s cityscape. The café and cabaret scene in Vienna between, say, 1880 and 1930, arguably represented civilization at some sort or peak of intelligent frivolity and humanistic inclusiveness. The only city in the world comparably civilized was Paris, but in Paris, too, anti-Semitism had rich soil to feed it. In Vienna, particularly, cultural life during that half century was sustained and strongly inflected by Jews.

I had never heard of Peter Altenberg before I read of him in Cultural Amnesia. He was one of those cultural figures who, though prominent in the café society of Vienna during the period I have specified, was known and admired principally by other writers. One of his aphorisms, repeated by James, has it that: “There are only two things that can destroy a healthy man: love trouble, ambition, and financial catastrophe. And that’s already three things, and there are a lot more.”

James noted that Alterberg was something of a womanizer, and when one of his lovers complained that his attraction to her was only (nur) based on sex, he asked, “Was ist so nur?” (What is so only?)

Cultural Amnesia’s scope is larger than Vienna, of course. The book contains thumbnail biographies of one hundred people, a constellation not obviously governed by any clear canon or principle of selection. Its vignettes begin with Anna Akhmatova and assemble between two covers such disparate figures as Louis Armstrong, Raymond Aron, Robert Brasillach, Dick Cavett, Paul Celan, Sergei Diaghilev, and Pierre Drieu la Rochelle, to mention only those with surnames beginning with the first four letters of the alphabet. One of the book’s epigraphs quotes Golo Mann, a German historian who fled Hitler’s Germany with his father, Thomas, and taught for a time at a college in southern California: “Those are nearer to reality who can deal with it light-heartedly, because they know it to be inexhaustible.” 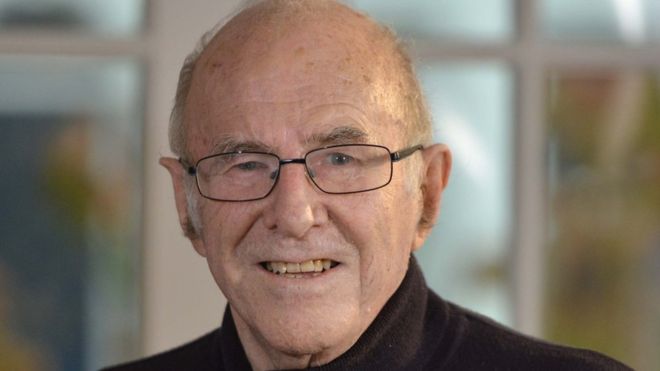