The year is 1888. The city of Los Angeles has not yet become a vibrant center of art, culture, and entertainment; rather, the city is relatively unestablished, part of the exotic “American West.” Railroad travel is cheap and newly-drawn maps of the southern landscape lure Americans to travel to the Pacific coast. Experiencing the warmth of the west — the sun, the sand — they are smitten. Land is cheap, and they begin to settle.

It is an odd time, even for Los Angeles. Previously a Mexican territory and before that, a Spanish colony, the city now finds itself at a crossroads. Domestically, the United States is reeling from the Civil War, trying to redeem and rebuild itself. Internationally, Victorian values dominate society. Mechanization is infiltrating the economy. There is uneasiness, but there is also exuberance. The promise of possibility infects Los Angeles. Its sunshine and desert greenery draw in all those looking for refuge, looking to be healed.

One such group of Los Angeles women took the healing into their own hands. On October 12, 1888 Mary E. Boyce, Fanny Brainerd, Dora Haynes, and Lora Hubbel formed the Ruskin Art Club of Los Angeles. Stifled by a puritanical society and uninspired by a technological economy, these four women sought meaning through the “earnest study of masterful works of art.” They believed that by studying art, they could see the beauty of the chaotic, fast-paced world more clearly.

The club’s main activity was lecture programs and course studies covering topics from art history to architecture to archeology. Members would research these topics and present them to each other. While clubs like this had existed before, the Ruskin Art Club was one of the first to be exclusively for women. It epitomized the new progressive energy palpitating through Los Angeles. In fact, the four founders chose to name their club after the English art and social critic, John Ruskin, because his philosophy maintained that an appreciation of art was the basis for understanding and changing society.

As the son of a wealthy Scottish wine-merchant and a stringent Evangelical mother, Ruskin was part of an elite class. He and his family would take yearly trips to Italy, France, and the Alps, where he cultivated his taste for the arts and aesthetics. He graduated from the University of Oxford in 1842 and, at the age of 24, published his first volume of art criticisms, titled Modern Painters. Ruskin gained prominence from this debut work for his passionate defense of J.M.W. Turner’s art, emerging as an integral figure in the pre-Raphaelite movement.

However, by the 1860s, when the effects of the Industrial Revolution had manifested in extreme inequality and poverty, Ruskin turned his thinking toward political economy. He pointed out the ways in which a capitalist society had led to modern economic despotism. In his most famous work of social criticism, Unto This Last, Ruskin criticizes capitalism’s inherent logic of inequality: “the art of establishing maximum inequality in our own favor…the rash and absurd assumption that such inequalities are necessarily advantageous, lies at the root of most of the popular fallacies on the subject of political economy.”

Ruskin’s analysis of capitalism operated under the premise that seeing beauty in art was central to thinking critically about society. Gabriel Meyer, the Ruskin Art Club’s current Executive Director, explained Ruskin’s thinking behind this framework:

For Ruskin, this is all encapsulated in the notion of what it means to “see.” Ruskin’s essential journey is one from what one might call “aesthetic” sight to “empathetic” sight. Ruskin thought that sight had a moral (even a pedagogical) end: One appreciated a painting or a medieval decoration in order to develop the capacity to see what was happening around you, in your world.

Ruskin believed that when someone trained their eye to perceive and appreciate art, it also awakened that person to the reality of the world — as a place ravaged by poverty and greed. As Ruskin writes in Unto This Last, “Luxury is indeed possible in the future — innocent and exquisite; luxury for all, and by the help of all; but luxury at present can only be enjoyed by the ignorant; the cruelest man living could not sit at his feast, unless he sat blindfolded.” Only those who are blind to the suffering of others, who are unaware of how their fortune is not enjoyed by all, could enjoy the luxury and excess of modern capitalism.

It’s no shock then, that today, in an era of seemingly abundant ignorance and sparse empathy, his words still ring true. Perhaps that is why the Ruskin Art Club of Los Angeles has persisted 130 years. As capitalism has become ever more dominant and destructive in our society, the club has had to reinvent itself time and again. One of the most important reinventions the club underwent was when it switched its legal status from a members-only club to a non-profit.

“The public arts corporation model not only cast a ‘wider net,’ involving participation by non-members as well as members in our activities,” Meyer said, “but renewed the original mission of the club as one engaged with the city as a whole, a ‘moveable feast,’ and in collaboration with other organizations and their constituencies.”

The club’s ongoing mission to promote culture and art while building local alliances with other organizations in Los Angeles exemplify their commitment to Ruskin’s view that art opens us up and makes us see more clearly the world we live in. As Ruskin wrote in Modern Painters, “The greatest thing a human soul ever does in this world is to see something, and tell what it saw in a plain way. Hundreds of people can talk for one who can think, but thousands can think for one who can see. To see clearly is poetry, prophecy, and religion, all in one.”

The Ruskin Art Club is holding a host of events throughout October in celebration of its 130th anniversary. The calendar of events can be viewed here. 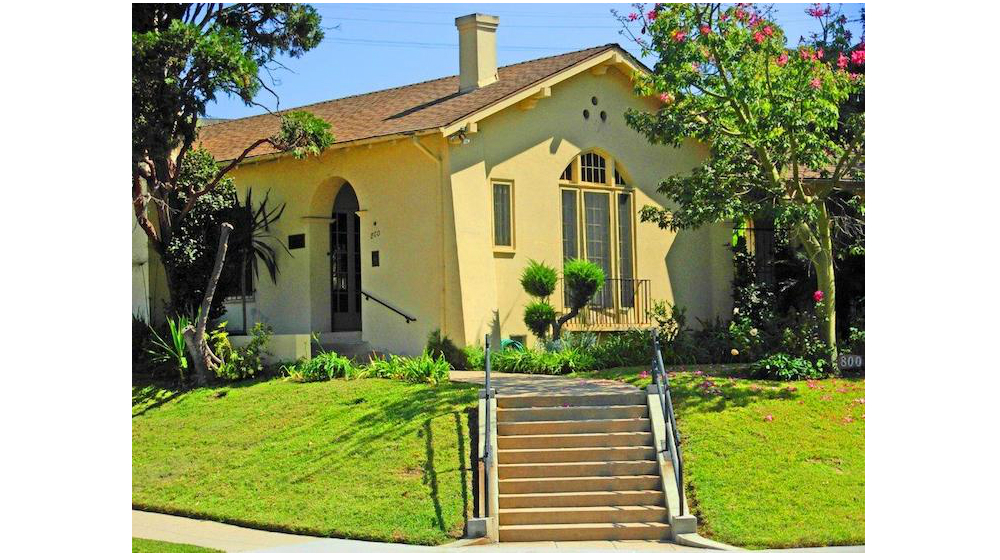