On a September afternoon, my 13-year-old and I headed to a warehouse in Williamsburg. There, we joined a line snaking around the block to get into 29Rooms, a pop-up event that is equal parts art installation, interactive exhibit, advertisement, and Instagram backdrop.

The woman behind us wore high-waist flared denim overalls, a sparkly gold sweatshirt, and Stan Smith Adidas sneakers. A man in silver, gold and black patchwork shorts joined her. We looked them up and down, comparing their casually magnificent outfits to everyone else in queue, and our own. Even before we entered, an event I thought would be selfie-central prompted me to look outward and around, and — eventually — inward.

After a sold-out run in New York City, the sponsor — Refinery 29, a fashion and lifestyle website geared toward millennial women — takes 29Rooms to downtown Los Angeles this month. It runs December 7-10 and 14-17; it’s sold out again.

The 29 rooms, each with its own theme and designer, vie to be the best canvas for your photos, gifs, and boomerangs. The rooms are clearly designed to be as Instagrammable as possible. But the physicality of the exhibits also unexpectedly exposes the limits of digital immersion. I punched bags adorned with quotes like “The Future is Worth Fighting For” and lay down on a squishy floor, bathed in red light, in a room designed like a mother’s womb. 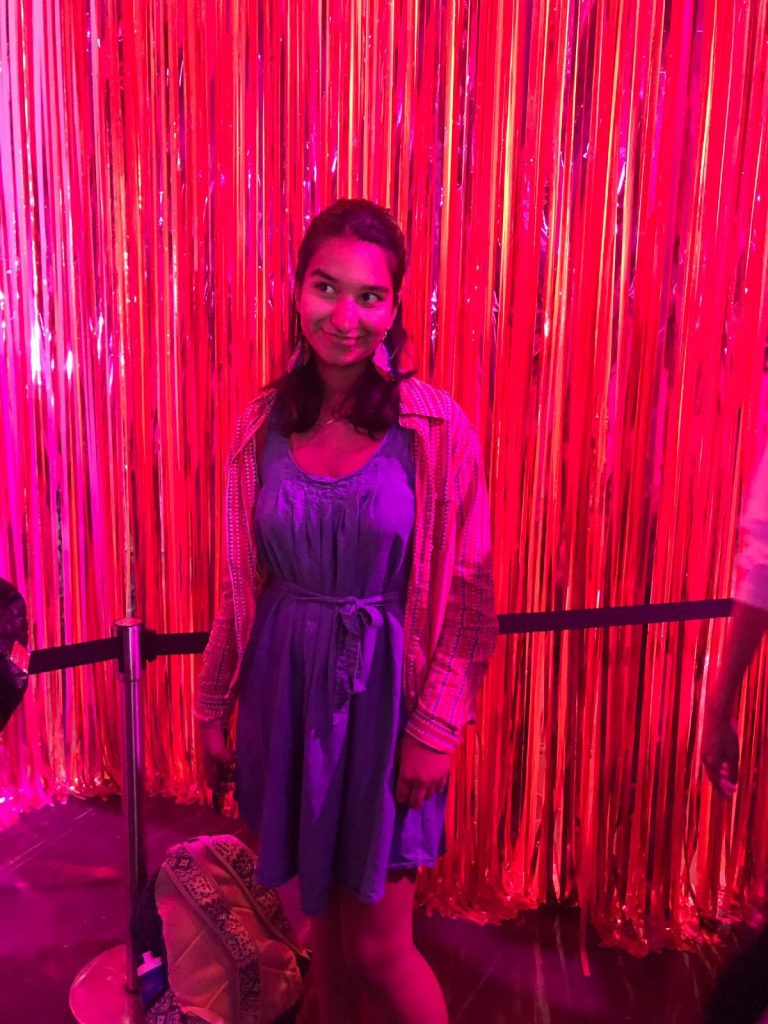 29Rooms offered elaborate installations of carousels, impromptu songs customized to the woes and requests of audiences, and oral histories told in the stalls of a transgender bathroom. High intentionally meets low; sponsors include Juicy Couture and Dunkin’ Donuts. 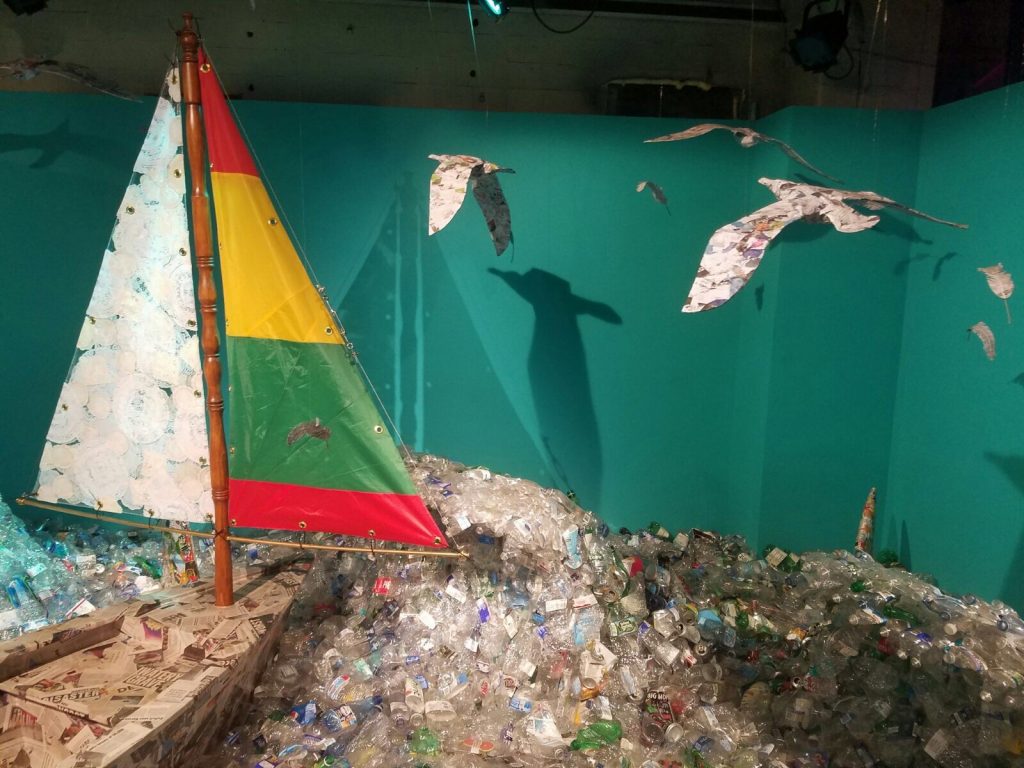 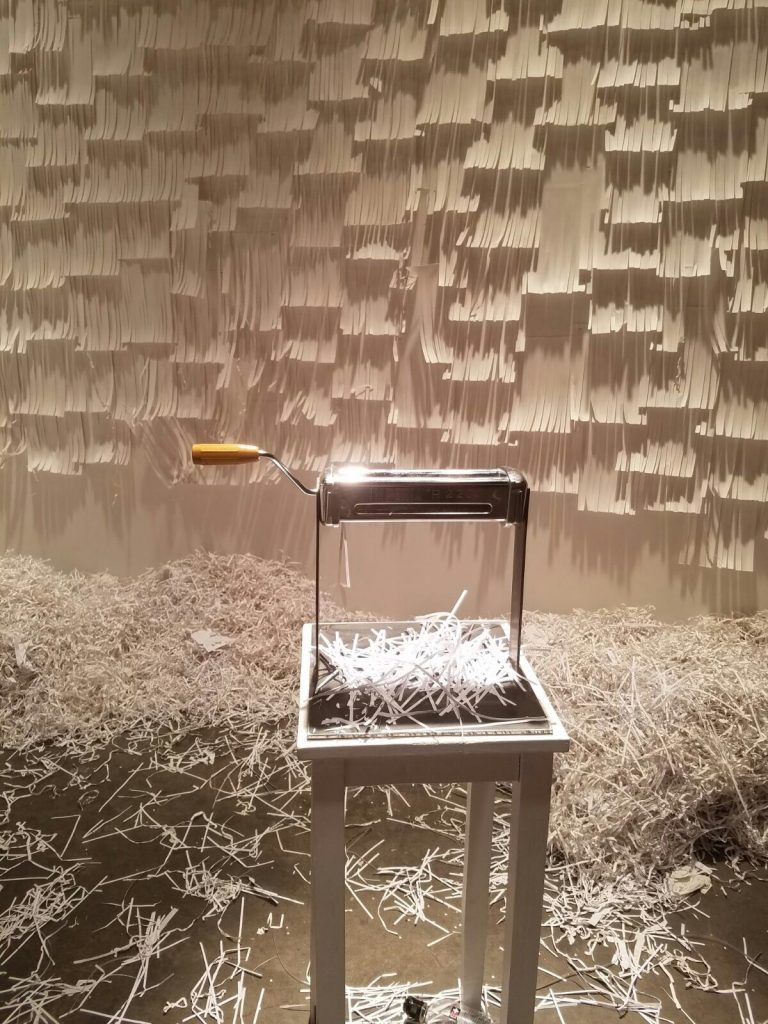 Walking around, I accepted the sensory overload, this outsider-insider status, the self-consciousness with which I jumped into a heap of pillows (sponsored by Casper) as an event staffer filmed on my iPhone.

The last time I dwelled this much on the concept was in a college French history class, where we spent hours studying Edoard Manet’s 1882 painting A Bar at the Folies-Bergère. In the painting, a female bartender gazes out, and behind her a mirror reflects much merriment in Paris’ first music hall. A culture of excess surrounds her; there’s even a trapeze artist in green slippers in the painting’s upper left corner.

I revisited the painting when I got home from 29Rooms. The first time I examined it, 20 years earlier, I had been a college junior whose sole technological trapping was a beeper clipped onto my purse. Did Manet’s work foreshadow selfie culture? I emailed my professor, historian Matt Matsuda who’d taught the course at Rutgers, to ask.

He saw the parallel: “The person or experience matters little so long as the record is maintained and then shared for consumption by others,” he said. “It does…directly remind me of a few other things regarding the increasingly external validation of the self.”

The woman is not the focal point in A Bar at the Folies-Bergère. Or is she? We who look at her are not reflected in the mirror. There appears to be a man she is waiting on. Is that us? This sense of displacement, desire for validation and art as a participatory, multi-sensory experience — before the cell phones that fuel 29Rooms — was so prescient. The subject as participant, and perhaps participant as subject, too. Along the way, we question if other people see what we see, experience what we experience, see us as we see ourselves.

The ambiguity and shifting perspective upends so many industries as we know them. In this case, art. In my field, journalism. 29Rooms makes the messy intentions of content, event, art and advertising oddly pleasing, plausibly profitable.

The form — photos on our smart phones — is new. The idea, perhaps recycled. French Marxist theorist Guy Debord defines spectacle as “capital accumulated until it becomes an image.” Once, we were self-conscious spectators. Now, we’re commodity. We can only hope they like us. 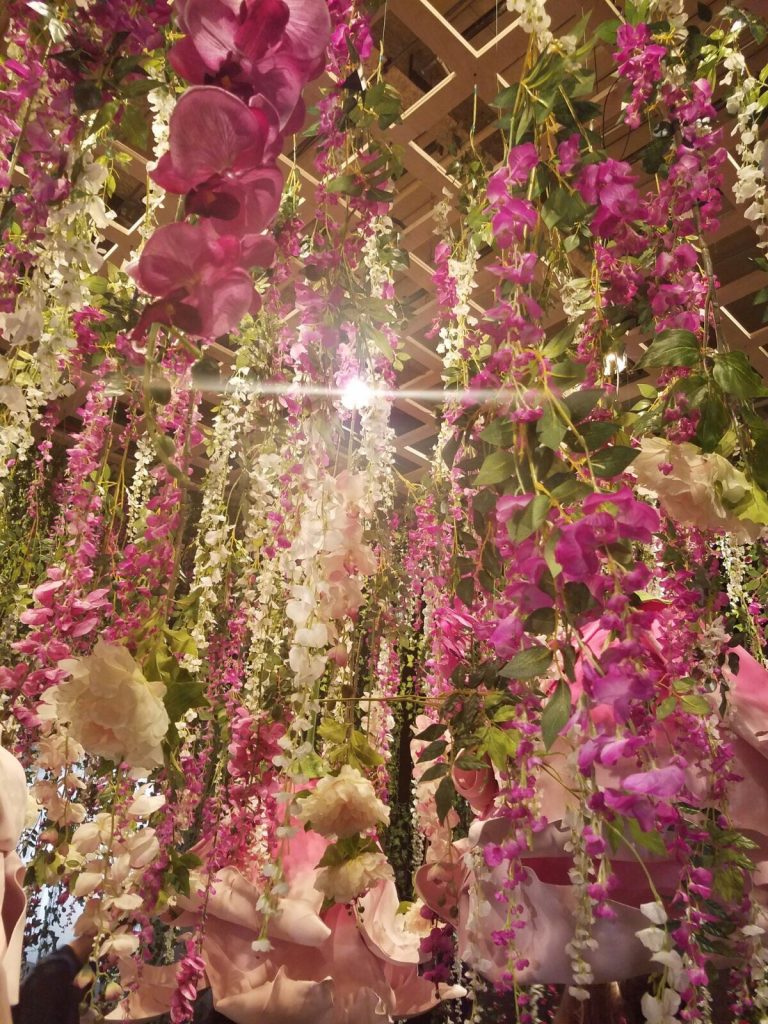 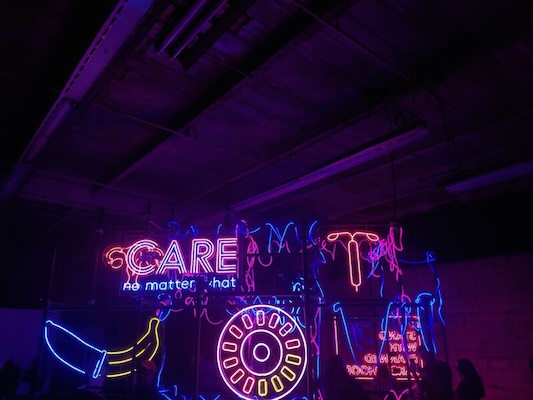