This month, we’re offering an online conversation, an online Book Club discussion, and a host of e-books. What else would you like to see from LARB to infuse your quarantined days with arts, culture, literature, and community? Let us know by tweeting at @lareviewofbooks. 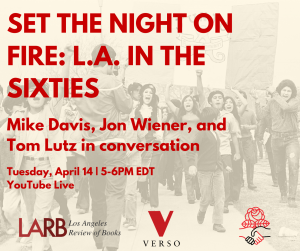 Tune in for a conversation streamed on YouTube Live between Mike Davis, Jon Wiener, and Tom Lutz to celebrate the release of Davis and Wiener’s book, Set the Night on Fire: L.A. in the Sixties. This book is co-sponsored by Verso Books and the Democratic Socialists of America Los Angeles. Bring your questions about anything from ’60s Los Angeles to the current pandemic and ask the authors live.

Register for the free event here. 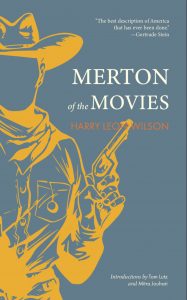 For LARB members at the Book Club level and above, one benefit of membership is access to LARB’s Book Club. We kicked off our Spring Book Club on April 1, and the discussion will continue throughout the month of April.

This Spring’s pick is the LARB Books title Merton of the Movies by Harry Leon Wilson, originally published in 1919 and republished by LARB Books in our Classics in 2019 with a foreword by Mitra Jouhari and an introduction by Tom Lutz.

We’re making the e-book and discussion available to all LARB members!

Read more about the book here, and join the discussion here.

Speaking of LARB Books, we’ve made all nine of our titles available as e-books for instant download, each one for only five dollars. Take a look, support LARB, and catch up on your California classics at the LARB Books online shop. 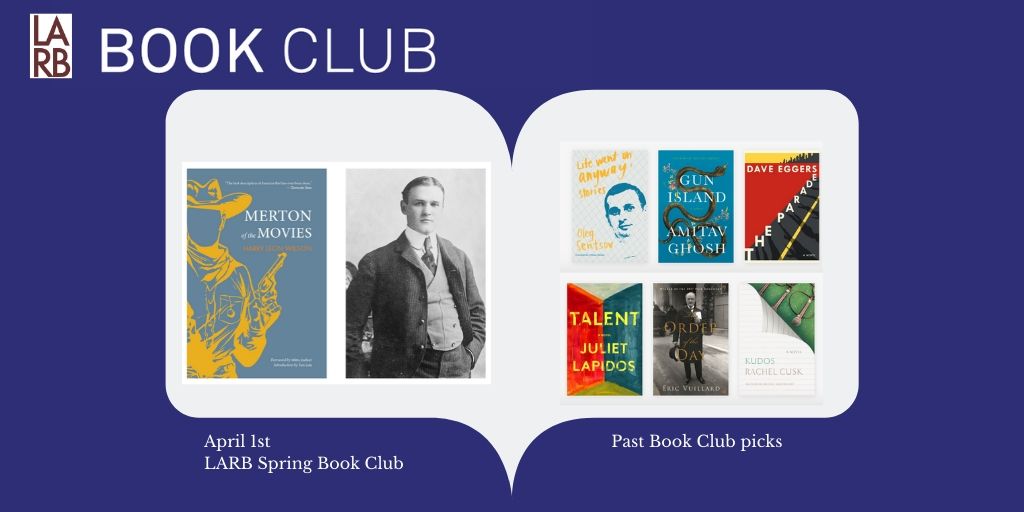