A family is a complicated thing. No two families are identical, and they can often be something of an emotional minefield. That’s also what makes them fodder for great literature. I think of novels like John Updike’s Rabbit Run and Zadie Smith’s White Teeth. Then there are more autobiographical books; The Liars’ Club by Mary Karr and, though not necessarily a book about family, James Baldwin’s No Name in the Street. Concerning his father, Baldwin writes, “I have written both too much and too little about this man.”

Writing about family can be an exercise in breaking your own heart. I’ve long known this to be true — both in principle and through experience. But not to the extent to which I understood it while working on my first book, a memoir about family, the power of representation, and Latino identity.

Any writer of memoir will tell you: some projects simply demand that you dig deep in order to sufficiently interrogate yourself and your respective past. I never imagined that embracing such a task — that of writing what I know, finding out what I didn’t, and having to confront the trauma that comes along with it — would change my life the way it did.

The last time I saw my father — a central “character” in my story — I was a teenager trying to shift the wind. A loud-mouthed contrarian with a penchant for giving authority figures hell. After my parents’ divorce, my father moved back to Colombia, leaving my mother and her three boys to fend for themselves. I was eight when they split and, as the oldest, plagued by the burden of birth order. What followed was years of trying to navigate a world for which I was never prepared. I made poor grades in school, fought incessantly, and got into trouble with the law. Like many fatherless youth, I was a lost one in steady pursuit of a narrative. When I visited my father in the summer of my 16th year, he had just gotten divorced from his second wife. It was on one of those nights while watching bad television at his apartment in downtown Bogotá that I learned I had a three-year-old sister. I couldn’t believe it, and I processed the news with equal parts joy and pain. Joy because I’d always wanted a sister. And pain because my father had had a child with a woman who was not my mother. The revelation shook me deeply; I remember weeping nonstop the next day as I ambled around my grandmother’s backyard, looking out at the mountains, alone and dreaming of home.

For years, I tried to find my sister, unsuccessfully.

This was before social media made it fairly easy to locate people — people who may or may not want to be found. In my case, there were never any leads to follow. Neither my father nor any of his family members knew where my sister or her mother might be. I was jolted by his recklessness and his ability to ruin everything and everyone that entered his life. I promised myself I would never be anything like this man, who could have four kids and yet be completely oblivious as to where any of them were. After a while I accepted that I would never find my sister, unless she came looking for me when she was older, assuming she knew I existed. I came to terms with the fact that we would live entirely separate lives, connected biologically, but worlds apart. The thought of this reality made me sad and angry, yet I was powerless to do anything about it. My only choice was to go on living as I’d had before, only now with the knowledge that there was a part of me out there somewhere. Whenever I saw friends with their sisters — even when they were nagging, as some little sisters do — I thought of the moments my sister and I would never get to share. A sense of despair would wash over me until I found ways to distract myself from the hurt.

I like to think of literature as a game of questions. And the process of writing a book like mine meant, naturally, asking my mother a lot of them. Tough, tangled questions — most of which she didn’t have neatly packaged answers for. Why didn’t she leave my father sooner? Why were strange men parked outside of our house? There were fragments of scenes and disjointed memories that I’d been trying to make sense of since I was a child. After almost two years of having these conversations — research, I called it — my mother took it upon herself to play detective. She asked around, she scoured old photos that had long been stashed away, collecting dust. She followed a Facebook trail of family, long lost friends, and their friends’ friends. Now and again she would come across a last name that seemed familiar and scour their stupid page in hopes that it might provide some direction. For a while, nothing surfaced. Then she stumbled upon the profile of a woman whose photo gave her a feeling. That’s how my mother described it; a “feeling.” She didn’t explain what this feeling was or what it may have meant, but just that she’d felt it, like intuition. After piecing together details, she realized that the woman, who had long black hair and a kind smile, was my father’s second wife — my sister’s mother. She couldn’t believe it. Immediately, my mother sent her a message introducing herself. Several months passed before she received a response. We later learned that the woman was apprehensive about engaging because she didn’t know who was in contact with her ex-husband and she didn’t want her daughter to have any part of it, or him. My mother said she understood. More than the woman could possibly imagine, in fact, and from there the two began a correspondence. They swapped stories and soon became friendly. I found out that my sister, who we’d always thought lived in Colombia, had been in Texas since she was five. My heart sank yet again, with that familiar joy and pain. Joy because I’d always wanted a sister, and pain because she was so close and I never knew it.

We started speaking regularly over the phone, getting to know each other’s likes, and dislikes. Our favorite movies and what types of music we like best. Foods, too; we learned that we both love chocolate cake and hate olives with a passion. After our third conversation over FaceTime, my sister told my wife and I that, if it was okay with us, she would love to visit us at our home in Atlanta. Of course, we told her. To me, this was a gift. I was relieved that she felt comfortable enough to spend her well-earned vacation time with us, even though we were basically strangers. Good thing we aren’t murderers, because that would have been pretty awkward for my sister, if you want to know the truth. I almost said that out loud to her once, but caught myself. You’ve got to know a person a little longer before you make a joke like that. At any rate, there was an instant bond between us since that first phone call. And I beamed at the thought of finally getting to spend time together in person. My kids wanted to meet their aunt, and she wanted to meet them too.

When I picked her up from the airport, we shared a long embrace, surrounded by disgruntled travelers and the general pandemonium characteristic to Hartsfield Jackson Atlanta International Airport. Her company felt natural, familiar almost. As though the two of us never having met before could not stop our deep connection. I’m saying that, in my heart, I had an instant love for my sister. And I knew that we would be part of each other’s lives for a very long time. That I would do everything in my power to be the older brother she never knew she had. On the drive, even as we talked and laughed and got to know each other better, there was still a sadness that hung over the air. In the silence, I thought of all the times I’d felt anguished over not having the opportunity to be a part of her life. I remembered that I would never get the chance to walk her to school or help her pack a lunch. Small things that now felt gigantic.

In his poem “Answer to a Poet’s Last Letter” Dave Smith writes, “You asked why I wrote. I said lost things.”

I suspect that one of the reasons I write is to, somehow, try and fill the empty spaces inside me; to seek that which was lost and confront it head-on. Truth is, if I hadn’t written this damn book, if I hadn’t pestered my poor mother with endless questions and opened myself to suffering, I may not have gotten to meet my sister. At least not now. I learned that the process of writing — of discovery — and of embracing the pain that often comes with it, is not without its rewards. A family, just like writing itself, can be a gift. Even when it’s painful, even when we don’t like what it may be costing us emotionally. I may have lost a lot of years — I didn’t get to grill her for making dumb decisions or intimidate deadbeat boyfriends who didn’t measure up — but I finally gained a sister and friend. 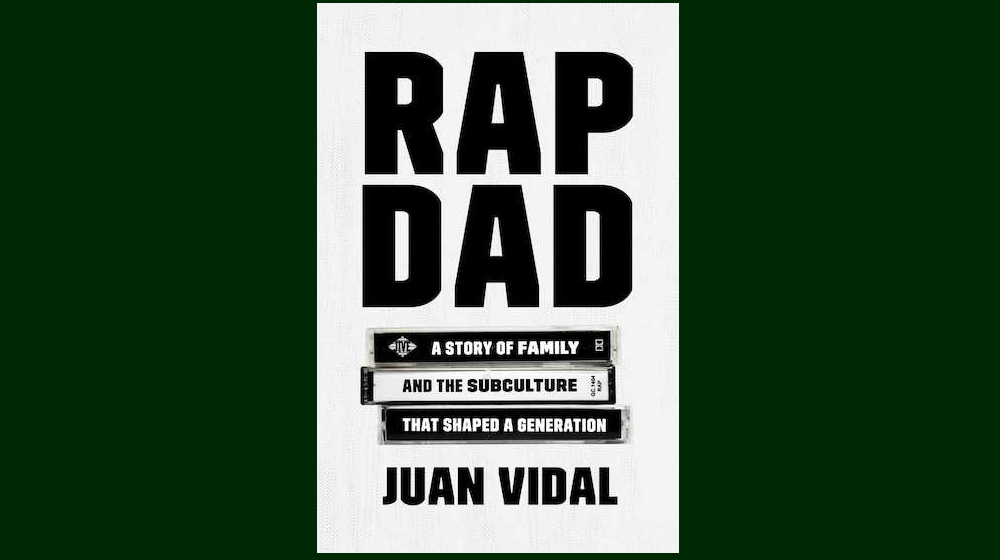