Practically every week this year, a new book emerges that diagnoses the state of the nation, identifying alarming symptoms and, usually, suggesting prescriptions for a cure. Each release is attended by the furor that normally accompanies a blockbuster film.

January kicked off with Michael Wolff’s Fire and Fury: Inside the Trump White House, which sold nearly two million copies by Groundhog Day; March brought David Korn and Michael Isikoff’s Russian Roulette: The Inside Story of Putin’s War on America and the Election of Donald Trump, also an explosive best-seller; April saw the cannonball splash of James Comey’s A Higher Loyalty: Truth, Lies and Leadership, and the last two months alone have seen the publication of at least half a dozen titles, some of them autobiographies, some of them overviews, all of them enfolding the U.S. body politic in their papery embrace. These include Ronan Farrow’s War on Peace; Jon Meacham’s The Soul of America; John McCain’s The Restless Wave; James Clapper’s Facts and Fears, John K. Delaney’s The Right Answer, and Newt Gingrich’s Trump’s America.

What does it mean, this torrent of civic-minded text? Why are readers rushing to wade through these words, to lap up these pages? What do they hope to learn from them? The answer to all of these questions lies in a foundational fact that distinguishes this country from all others: America was created by the written word — midwifed by Johannes Gutenberg’s printing press, which was invented just before the 15th century’s Age of Exploration set sail.

Countries like Ancient Greece and China, France and Russia, formed their national identities long before Gutenberg came up with his movable type in 1450. But America’s identity aggregated like letter blocks pressed into a tray: mysterious from a distance, but legible once turned onto a printed page, and up for interpretation and revision thereafter. Before it entered circulation, this country went through many drafts; first by Locke, Rousseau and Voltaire; then by Paine, Adams, Jefferson and Madison. America was written into reality.

The continent existed, of course, long before Amerigo Vespucci recognized in 1502 that the coast he’d spied was not an extension of Asia, as his countryman Christopher Columbus had presumed a decade earlier. These hills, valleys, mountains, estuaries, and plains had been inhabited for millennia by men and women who were neither “Indian,” nor “American,” and called the land and themselves by other names. But our nationality started not on land, but paper.

The first map to put the word “America” on this hemisphere was published by a German cartographer named Martin Waldseemüller in 1507, about 50 years after Gutenberg’s press  took knowledge out of the cloister and into the streets, putting tracts, books and papers into the hands of the curious (the sole surviving copy of Waldseemüller’s map resides today in the Library of Congress).

The men who read the first accounts of this distant landmass spread news of it to others. Fascination with what they might find here put them onto boats and lured them to risk their skins on perilous ocean voyages, tempted by the fortunes they might make here, the freedoms they might win, the adventures they might have. Those who dared it were obeying a previously unsuspected lexico-geographical imperative: write it, and they will come.

The contours, character, and countenance of the nation shifted under the pen of each writer who recorded its likeness. They were painting not the portrait of the sitter, but the portrait of the seer; to describe America was to accord yourself the right to limn its future. Their accounts whetted the wanderlust and fanned the fantasies of the susceptible, drew them here; a matchless example of the power of performative speech.

That process continues today. Every book, every essay, every novel, every article that attempts to capture the image of this country in its pages, competes to establish a new working definition of America. Definitions of America are by their nature “nonce:” they only hold for a time, as the living lexicography of the land remints itself over the days, years and decades.

Nearly 600 years since the invention of the printing press, writers in other countries have long since taken to analyzing their own lands on the page, too. America doesn’t have a monopoly on navel-gazing. But a different order of consequence attends our authors’ introspections. The accounts of our historians, novelists, politicians, and public figures hold a singular power; they’re central to the country’s identity. Readers — citizens — crave them, because they sense that our nation must continually be redefined in order to be understood.

Part of the reason that Americans still read the Federalist Papers, written in 1787 and 1788 by Alexander Hamilton, James Madison, and John Jay; and that we cling to the Constitution, which went into effect in 1789 (the year the United States of America got its first president) is that their definitions compose the bedrock on which the idea of this nation rests. This is also why a Frenchman’s lengthy, probing exploration of this country’s meaning and mores, undertaken half a century into the American Experiment, Alexis de Tocqueville’s Democracy in America, remains relevant today. His objective, or at least, his foreign, eye, demonstrated to readers beyond our borders that the American experiment was real, and was working; and gave Americans a lasting mirror in which to see themselves.

After Donald Trump took office as the 45th American president, two French men of letters, the magazine editor Éric Fottorino, and the literary commentator François Busnel, took a page from Tocqueville and launched a quarterly journal called America to chart this country’s course in the new era. They wanted to know, Fottorino told Agence France Presse: “What can American literature do, faced with a phenomenon like this?” Busnel explained that American novelists were uniquely “armed” because “nothing shocks them.” The first issue included an essay by Toni Morrison about a country “headed straight for the abyss,” a reflection on the Obama presidency by Ta-Nehisi Coates, and a tribute to Philip Roth, Sinclair Lewis, and Bret Easton Ellis, whose novels anticipated the possibility of the election of a Trump-style president. This  Franco-American journal serves as a reminder that in the 21st century, as in centuries before, U.S. citizens are not the only people with an interest in the shape this nation takes.

But American readers feel a special urgency to interpret the meaning of the land where we lead our lives. We read the leaves, the pages, for a clearer definition of the present, seeking auguries of the future that the writers may foretell. That is why this barrage of books, this flood of analyses, portraits, and prescriptions, flows forth from our presses. We know that to claim this country, you must name it. Words are the bricks that make its foundation… and remake it. 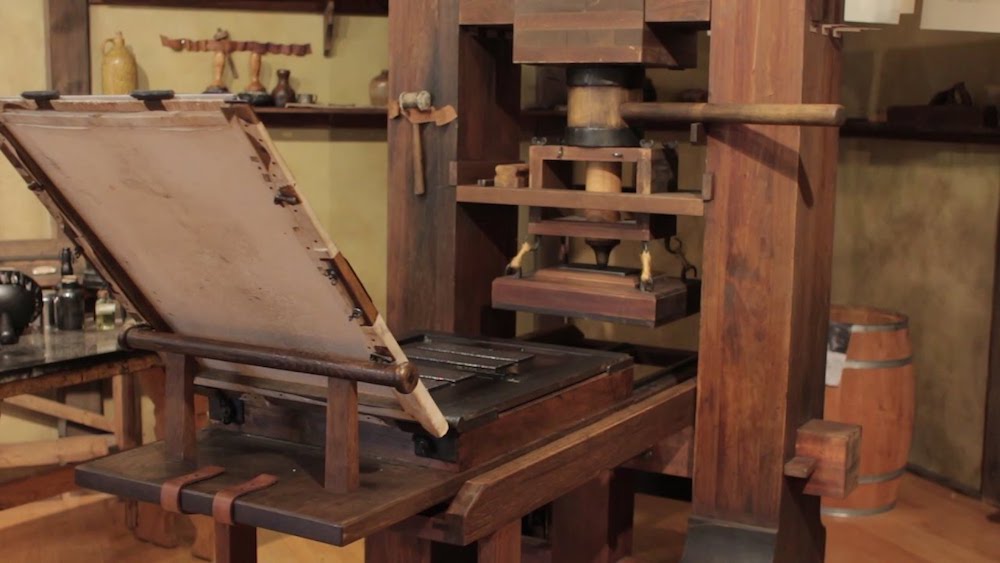