One of most powerful images I came across in Moscow while doing archival research on religion and atheism in the USSR had nothing to do with religion or atheism. Instead, it shows a crowd waiting for Soviet cosmonaut Valentina Tereshkova — who, on June 16, 1963, had made history by becoming the first woman in space — to emerge from the maternity ward with her newborn child. In the photo we see hundreds, perhaps thousands, of eager Soviet people — men and women, young and old, children sitting on the shoulders of adults, nurses in white uniforms perched precariously on the ledges outside the hospital’s second floor windows — all with their gaze directed somewhere off camera. We do not see Tereshkova herself. Decades before Megan Markle and Kate Middleton made the image of mother and newborn emerging from the hospital into a cultural meme, the Soviets had made the new motherhood of the first woman in space into a celebrity spectacle.

I was reminded of this image when I read the recent New York Times story proclaiming that the Soviet Union’s commitment to “cosmonaut diversity” meant that, “Under socialism, a person of even the humblest origins could make it all the way up.” After all, Tereshkova, the first woman in space, was the daughter of a tractor driver; Vietnamese pilot Phạm Tuân, the first Asian in space, was the child of farm workers; Cuban pilot Arnaldo Tamayo Méndez, the first person of African descent in space, was an orphan who had trained as a carpenter. Unlike their Cold War rivals — the narrative of “cosmonaut diversity” suggests — the Soviets came through on the promise of universal freedom and equality.

But this narrative of Soviet commitment to progress obscures more than it reveals. While the origins of the first woman, Asian, and person of African descent in space are not insignificant, seeing token individual triumphs as evidence of political freedom or social equality is not only naïve but ahistorical. As Marina Koren notes in The Atlantic, both the Americans and the Soviets were more concerned with showcasing their political power by performing equality than with actually “enacting progress,” which, Koren observes, requires far more than “giving one woman or one black man a rare opportunity” (no matter how often their images and narratives are then reproduced for the masses).

Soviet Communist ideology was deeply invested in presenting a world in which there were no obstacles to the sons (and daughters) of farmers and tractor drivers — not even to “storming the heavens.” Indeed, the promise of social mobility that transcended gender, ethnicity, and social origins was the legitimating myth of the Russian Revolution and the entire Soviet project. In this context, the Soviet space program, among its other functions — military, scientific, or social — was, from the outset, a powerful propaganda tool. Already with the first person in space, Yuri Gagarin, Soviet newspapers celebrated that he was the son of collective farmers — a message that they never tired of repeating.

Cosmonauts were even used in atheist propaganda, their cosmic conquests presented as proof that there is no God. As the second person in space, cosmonaut German Titov, shared during his 1963 visit to the Seattle World’s Fair, he had not seen “God or angels” during his seventeen orbits of the Earth — an episode I discuss in A Sacred Space Is Never Empty: A History of Soviet Atheism.

Soviet cosmonauts were Communist ideology in the flesh, intended to deliver specific messages to both foreign and domestic audiences. On the world stage, they were put forward as proof of the Soviet system’s economic and moral superiority. In the USSR, they were put forward as proof that the promises of Communism were within everyone’s reach. But we should not forget that there was a person behind the icon. Looking more closely at the history of women in space helps bring the contradictions between ideology and history into view.

Consider the life of Valentina Tereshkova.

On June 16, 1963, she orbited the Earth 48 times in 3 days — a feat that was lauded both in the USSR and abroad as a triumph not just for Soviet women, but for women everywhere. In the USSR, newspapers declared “the daughter of the country of the Soviets is storming the cosmos,” and celebrated the fact that the USSR had produced the first “woman-cosmonaut” in the world. In the US, Life magazine, in an article titled “She Orbits over the Sex Barrier,” announced Tereshkova’s achievement while also noting that the “blue-eyed blonde with a new hairdo” was less qualified than 13 American who, because of NASA’s “outstanding lack of enthusiasm,” were still waiting in the wings.

Yet even in the USSR, Tereshkova remained the lone “star sister” in the cosmonaut pantheon for 19 years. No other Soviet woman flew to space until 1982, when Svetlana Savitskaya became the second, shortly before the Americans sent Sally Ride in 1983. For the Soviets, a mother had no place in space, and until the Soviets learned that NASA was ready to send a female astronaut to space, there was no political gain from flying more “women-cosmonauts.”

After her flight, Tereshkova was continuously presented as a symbol of women’s liberation, and her role as the head of the Soviet Women’s Committee was intended to offer proof of Soviet feminism. But domestic audiences were also shown a different Tereshkova, one whose space achievements were quickly overshadowed by more terrestrial affairs.

On November 3, 1963, five months after her historic space flight, Tereshkova was married to cosmonaut Andrian Nikolaev, the third man in space. Their “cosmic wedding” was a media spectacle, bringing together the cosmonaut corps with the Soviet cultural and political elite and broadcast across the country. In his wedding toast, Soviet leader Nikita Khrushchev called their union a “world-significant marriage.” In its last issue of 1963, the magazine Soviet Union featured a photo of Tereshkova and Nikolaev’s wedding on the cover, the first woman in space in a white wedding dress. On June 8, 1964, a week before the first anniversary of her historic flight, Tereshkova gave birth to a daughter, and soon after was greeting crowds with her husband and newborn child. She never flew to space again.

Domesticating Tereshkova was done through official propaganda channels. For example, as the historian Erica Frasier notes in her new book on gender in Soviet military culture, Tereshkova was not allowed to appear in her military uniform, unlike her male colleagues. Instead, most images of the first woman in space after her marriage and the birth of her child feature her in the role of wife and mother. Inasmuch as there was a different message, it was usually in the form of satire, as in a cartoon of a visibly emasculated husband in an apron doing housework while his wife sits around reading newspapers celebrating Tereshkova’s flight.

To be sure, as the historian Roshanna Sylvester notes, the “Tereshkova moment” produced a new enthusiasm among girls for science and technology, and allowed them to imagine new possible futures for women in which even a “simple village girl [could] fly to the cosmos.” And it is not insignificant that, by the late 1960s, as the Soviet space historian Asif Siddiqi notes, one third of the engineers in the USSR were women. Women engineers were also represented in every spacecraft design team, although “the design team leaders were always men.” Despite Tereshkova, Siddiqi ultimately observes, “the Soviet cosmonaut corps was utterly patriarchal.”

More than proof of Soviet progress towards female emancipation, Tereshkova was more a new kind of female Soviet celebrity — for instance, much was made of the fact that, during a visit to France, she was said to have outshined Brigitte Bardot. Despite her storming of the cosmos, Tereshkova was more object than subject. She spent the rest of her Soviet life performing various social and political roles. Despite her efforts to return to space, Tereshkova remained decidedly bound to this planet and all of its prejudices, inequalities, and injustices. As General Nikolai Kamanin, the head of cosmonaut training who had trained both Tereshkova and Nikolaev, wrote in his diary shortly after their wedding, “For politics and science their marriage will perhaps be useful. But Nikolaev will gain more from this marriage. Tereshkova can only lose.” 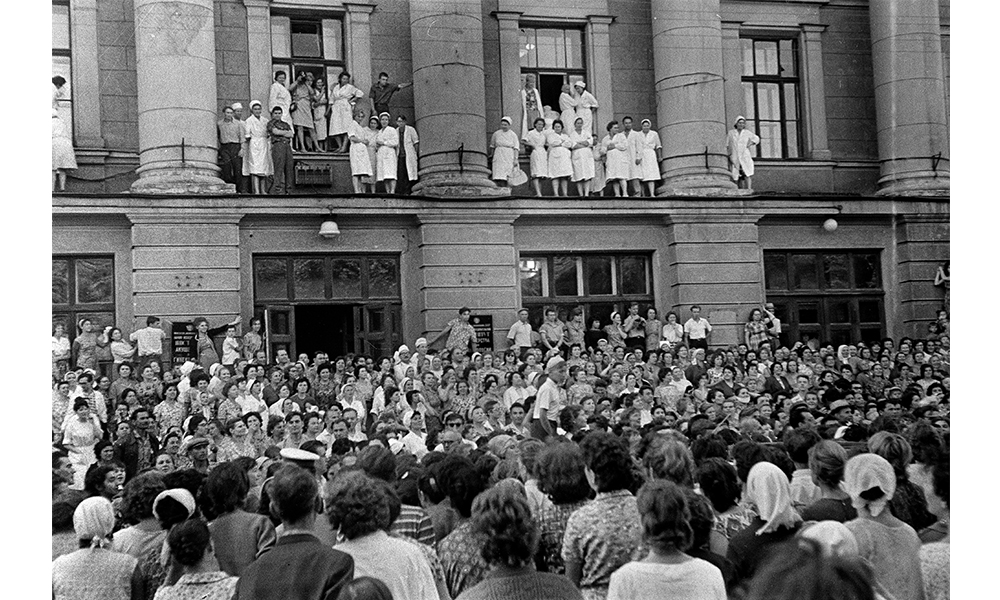