Robert Mueller may not have exhibited the eloquence of a Daniel Webster, an Atticus Finch, or a Bryan Stevenson during his July 24, 2019 testimony before the House Judiciary and Intelligence Committees, but he had already done his job and now Congress and the American people need to do theirs.

Mueller had warned everyone in advance that his comprehensive 448-page report —  damning Donald Trump with extensive and credible evidence of treachery and over ten separate acts of obstruction of justice — was “my testimony.” We should have taken him at his word. In April, in a review for the Los Angeles Review of Books, I called the Mueller report “one of the most important documents in the history of the US presidency.”

Proponents of impeachment were hoping Mueller would testify that by obstructing justice in such a deliberate and systematic manner, Trump is guilty of “high crimes and misdemeanors.” Others anticipated Mueller would disappoint Trump’s adversaries by deflecting most questions with some version of “my report speaks for itself.”

In fact, for anyone who was actually paying attention, in addition to reaffirming his report, Mueller made several significant statements which emphasized the gravity of his devastating findings of Trump’s disloyalty and wrongdoing.

Right off the bat, in response to a very effective line of questioning by Jerry Nadler, Chair of the Judiciary Committee, in rapid succession Mueller testified that: the report did not conclude that Trump did not commit obstruction of justice; did not “totally exonerate the President;” documented “multiple acts by the president that were capable of exerting undue influence over law enforcement investigations, including the Russia interference and obstruction investigations;” established incidents “in which the president sought to use his official power outside of usual channels” to exert undue influence over the investigations; and, in his own words, that the report indicates “that the president was not exculpated for the acts that he allegedly committed.”

This testimony alone, under oath and backed by a 448-page summary of a mountain of evidence, establishes ample grounds to open an impeachment inquiry.

Then at the outset of the House Intelligence Committee hearing, Chair Adam Schiff deftly drew out Mueller’s testimony that the Trump campaign “welcomed” Russia’s help; that when approached about “dirt” on Hillary Clinton, Donald Trump Jr. said he would “love it;” that Trump himself called on the Russians to hack Hillary’s emails; that Trump praised the release of Russian-hacked emails through WikiLeaks; that Trump was trying to make millions from a real estate deal in Moscow; that numerous Trump associates lied to investigators, the grand jury, and to Congress; and that Trump officials built their messaging strategy around stolen documents and lied to cover it up.

And at the end of six hours of testimony, and under questioning by Schiff, Mueller agreed that Trump knowingly accepting assistance from a foreign government in an election campaign is “unethical” (and Mueller added “a crime”); that to the degree such conduct undermines our democracy and our institutions, it is “unpatriotic” and “wrong;” that we “absolutely” (Mueller’s word) should hold our elected officials to a higher standard than mere evidence of criminality; and when people act unethically it exposes them to compromise particularly in dealing with foreign powers which can extort and blackmail them.

All of this, in public, on the record, and under oath, from a law enforcement official with an unblemished reputation about a sitting president of the United States. Of course, Congress has a duty to pursue impeachment.

Based on his impressive report, Robert Mueller’s testimony on July 24 could have been stronger. Under oath, and as a man of principle, Mueller was obligated to respond to specific questions about impeachment if the questions had been scrupulously tied to statements he himself made in his own report.

Consequently, Mueller could have been asked:

What did you mean by “abuses of power”?

Is it correct that a President can be impeached for conduct which would not necessarily constitute a crime under our criminal law?

Is it fair to say that under the different standards which apply to impeachment vs. a criminal prosecution, Congress, as an independent branch of government, could view the very same evidence you gathered and conclude that the President’s acts of obstruction of justice did in fact constitute impeachable offenses?

Would you agree, that under the Constitution, one purpose for which the evidence you carefully preserved could be used is in an impeachment proceeding regarding President Trump?

Mueller is now entitled to take a well-deserved vacation.  The rest of us need to get to work.

Stephen Rohde is author of American Words of Freedom and Freedom of Assembly and is a frequent contributor to the Los Angeles Review of Books and The American Prospect. 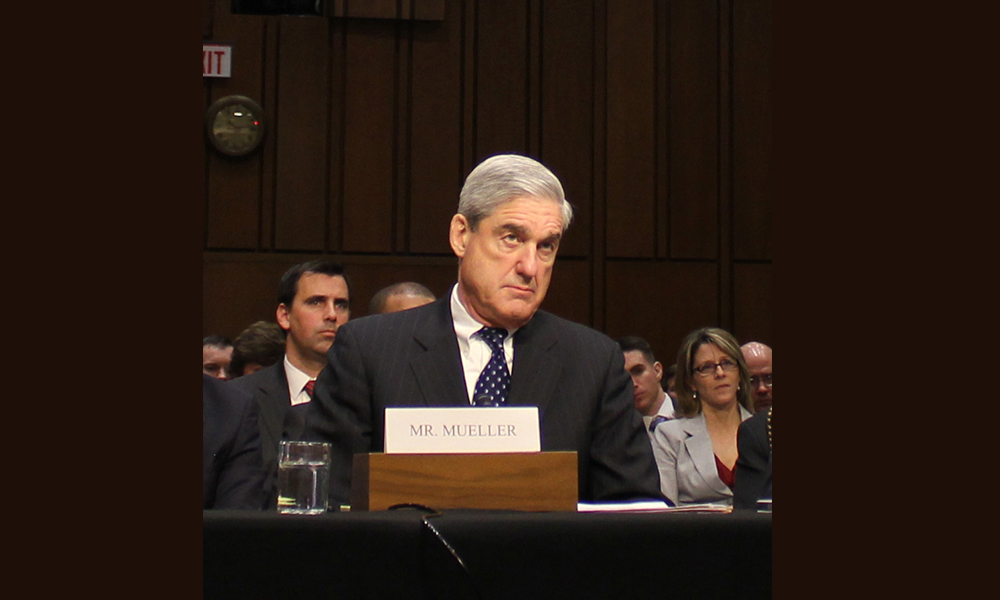